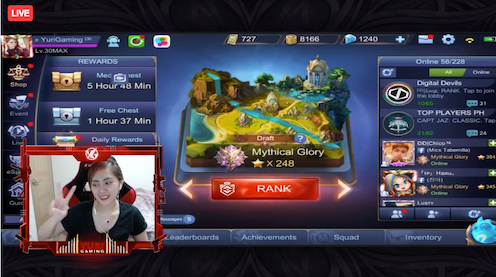 While Facebook appeals to the older generations, it is losing market share of the younger generations quickly.Facebook Screen Shot at 5pm

Has Facebook decided they are just not hip enough for the younger generation?

With the launch last week of FB.GG – a platform for streaming live video games and eSports – it would appear Facebook is...

Has Facebook decided they are just not hip enough for the younger generation?

With the launch last week of FB.GG – a platform for streaming live video games and eSports – it would appear Facebook is acknowledging there’s still work to be done to ensure it appeals to millennials.

But will it be enough to stem the tide of younger users ditching Facebook for Snapchat and Instagram? And what about the growing crowd that prefers YouTube and Twitch.tv to those old fashioned social networks?

Facebook has had a hard time of it lately. The Cambridge Analytica scandal led to a (temporary) loss of over $100 billion of their market cap. The #deletefacebook campaign reportedly led 9% of users to delete their accounts. And they’ve lost the trust of many more.

CEO Mark Zuckerburg’s emotionless and tired answers to the US senate about the scandal did little to reverse the tide.

But Facebook knew they were in trouble before the Cambridge Analytica news broke.

Only 8% of millenials use Facebook, according to the latest Piper Jaffray teen survey in the US, and more than 70% of millennials and post-millennials prefer Snapchat or Instagram. It’s clear that while Facebook appeals to the older generations, it’s losing market share of the younger generations quickly. This is a problem that’s likely to increase as the next generation of kids start to grow up and move into adulthood.

When your sports are delivered via an eStream

Given a bad situation only getting worse, is it any surprise Facebook decided they needed to move in a new direction to raise new customers?

Hence the birth of FB.GG. Playing on the popular gamer lingo “good game” (often said to demonstrate good sportsmanship at the end of a session of intense multiplayer gaming competition), FB.GG looks to reinvigorate the Facebook service with a new live streaming game component.

With billions of people enjoying video games worldwide, and video games hitting market maturity, the time is certainly right to engage with gaming as a medium to drive market growth.

Seeing year-on-year growth of 38%, the eSports economy will soon hit more than US$1.4 billion. And audience growth is not just across hardcore video gaming enthusiasts, occasional viewers are also increasing yearly – especially in the Asia-Pacific region and within the millennial and post-millennial demographics.

The rise of online multiplayer gaming and video streaming services, such as YouTube and Twitch, is rapidly changing the landscape of media consumption. Twitch.tv in particular – Facebook’s major competition in this space – sports more than 27,000 partners, and has over 150,000 affiliates making money from their platform.

This means, in addition to attracting the new generation, Facebook can also be assured this new model will be more directly cash lucrative than the old social network.

In traditional social networking, the expectation is the service will be free and money will not change hands (just user data). But in the Twitch space, tipping competitors for good play and the platform paying competitors for new and returning subscribers is a standard practice.

And it certainly seems Facebook is embracing this model.

Following a rigorous checking process, users of the Facebook service can be recognised as gaming creators through the Level Up program. This allows them to obtain stars that count for payments, and to get access to new features of the platform.

Unlike much of the social media giant’s monetisation efforts so far, it would appear that with this venture, just like in the “real world”, people recognise gamers are athletes and deserve to be compensated for their work. That’s a far cry from paying Facebook for the privilege of harvesting your data.

So welcome Facebook to a world where the website addresses are short, but the streams are long – and the cash continues to flow. If it delivers, Facebook will be rewarded with a cut of the daily time and profits of the next generation.