Late on Wednesday night the so-called “brumby bill” was passed without amendment in the New South Wales Parliament. The controversial Coalition bill, supported by the Christian Democrats and the Shooters, Fishers and Farmers Party, means that feral horses must be kept in Kosciuszko National Park.

It also creates a community advisory panel, with no scientific experts appointed, to advise the minister on how to manage the horse population in the alpine ecosystem.

The NSW government has attracted accusations of a conflict of interest. Former Nationals member Peter Cochran, who now runs a commercial venture offering brumbie-spotting rides through the National Park (and who has donated extensively to Deputy Premier John Barilaro) reportedly commissioned lawyers to draft the bill. Peter Cochran, John Barilaro and Gladys Berejiklian have denied all accusations of conflict of interest and underhanded conduct.

The bill has also been criticised by scientific bodies. In a letter to NSW Premier Gladys Berejiklian this week, the Australian Academy of Science noted that the legislation removes consideration of scientific advice, and called for the bill to be withdrawn or substantially amended.

In a rare move, the International Union for the Conservation of Nature has also written to the NSW government, expressing concern over the potential degradation of this internationally significant national park. 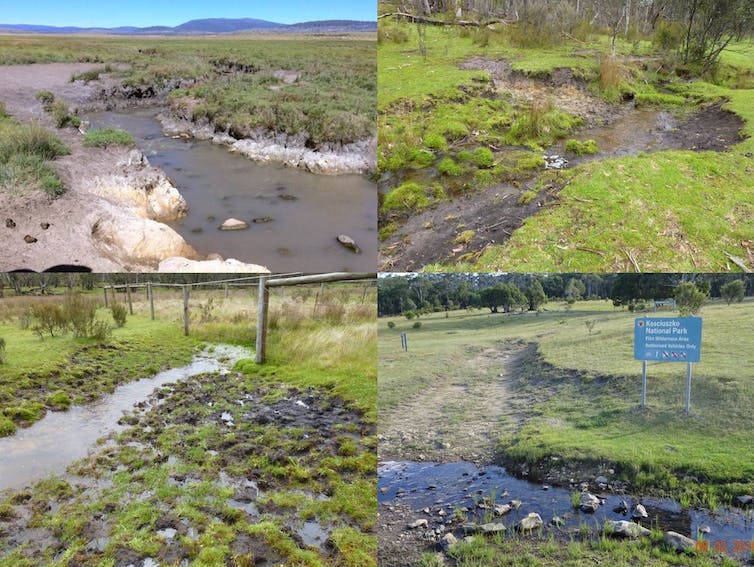 Out of step with other states

The NSW Labor Party does not support the bill and has pledged to repeal the legislation if elected next March. The legislation represents a radical change in NSW’s management of feral horses, coming after a 2016 draft strategy that recommenced reducing their population by 90% over 20 years.

NSW now stands in contrast to other Australian states. Last Saturday, Victoria launched its Feral Horse Strategic Action Plan. That plan aims to protect native species and ecosystems in national parks by removing or controlling feral horses and is a welcome step in the right direction. Victorian environment minister Lily D’Ambrosio called on the NSW and federal governments to support a unified approach to feral horse management in Australia’s alpine regions.

Is culling in or out?

Barilaro argued against aerial culling when he presented the Brumby bill to parliament, calling it cruel and barbaric. He reiterated that the bill is meant to prevent lethal control in his response to Victoria’s announcement. But surprisingly, the draft legislation makes no mention of control methods, lethal or otherwise.

The deputy premier also referred to the Guy Fawkes National Park horse cull in northern NSW in 2000 to support his argument against aerial culling. But an independent enquiry found that the cull was an appropriate humane response to the situation, where horses were starving to death and causing environmental damage after a fire. The RSPCA and independent reports show that aerial culling is an acceptable and humane way to manage horse numbers.

Further, the brumby bill now locks in the predictable outcome that thousands of horses are likely to starve to death in the next drought or after large fires. It is therefore puzzling that actions likely to increase horse suffering are not of great concern to many within the pro-brumby lobby.

Greater emphasis, instead, has been put on a cultural argument for protecting feral horses: for example, by claiming that feral horses made enormous contributions to Australia’s World War One effort. However, the cultural heritage report prepared for the NSW National Parks Service says “there is no definitive evidence that remount horses were directly taken from the brumby population of what is now Kosciusko National Park”.

That said, it is true that horses in the snowy mountains do have local cultural value. But so too does the native fauna and flora threatened by feral horses, many of which only occur in Australia’s high country. This includes species such as the southern corroboree frog, alpine she-oak skink, broad-toothed rat, Raleigh sedge and mauve burr-daisy. 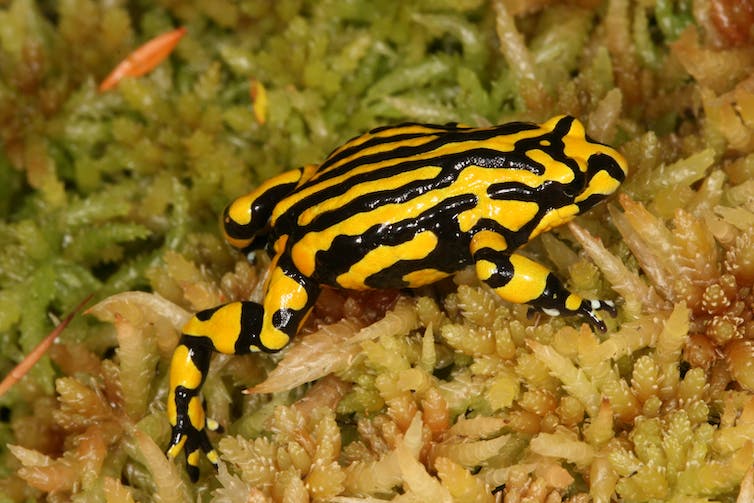 There are less than one hundred Southern corroboree frogs in the wild. MICHAEL MCFADDEN/AAP

Is a compromise possible, in which both cultural and conservation goals can be accommodated? We think so. The feral horse population can be removed from the national parks and sensitive ecosystems. Brumby herds can thrive on extensive private property in the region, an approach already proven in South Australia’s Coffin Bay National Park.

The brumby bill was written and presented to parliament by groups with at best a perceived conflict of interest, and promoted by using inaccurate information about culling and heritage. It has been roundly criticised by leading national and international scientific bodies for not taking adequate account of science and the key role of national parks in conserving biodiversity.

That this bill has now passed the NSW upper house is a further backward step for conservation goals and Australia’s international reputation for environmental protection, and sets a dangerous precedent by undermining prominent national and state environmental policy. It remains to be seen how this legislation aligns with the federal Environment Protection and Biodiversity Conservation Act, given that it literally tramples over several matters of national environmental significance.