The Australian National University recently decided not to accept money from the Ramsay Centre for Western Civilisation to set up a Western civilisation degree. They join the University of Melbourne, Macquarie University and others who have also been approached but not pursued any similar arrangement.

The centre has been criticised for its narrow and outdated agenda, and the views of its board members, including former Prime Ministers John Howard and Tony Abbott.

The processes of making and evaluating history and history curricula are complex. When it comes to public opinion about which histories should be taught in schools and universities, politicians from across the spectrum tend to over-simplify this.

This cycle of political interference stagnates the discussion. The politics of who is represented in history requires ongoing investigation, but the conversation could be moved in a more educationally constructive direction. Instead, we should ask how history education can better explore competing narratives and perspectives in history.

A history of political interference

Political interference in history curriculum intensified during the Howard years. Prime Minister Howard revived Australia’s “history wars” by bringing the concept of the “black armband view of history” to national attention. This concept refers to overly negative accounts of Australian history particularly in relation to the treatment of Indigenous Australians.

Read more: The concept of 'western civilisation' is past its use-by date in university humanities departments

The left and right accused each other of misusing history. For conservatives, history curriculum was regarded as too politically correct, biased and postmodern. In 1999, the government initiated the National Inquiry into School History, based on concerns young Australians lacked knowledge of national history.

This resulted in the creation of the National History Project and the National Centre for History Education. The centre was discontinued in the mid 2000s.

Prime Minister Howard re-engaged with the debate in his 2006 Australia Day speech. He sought to renew the position of Australian history in curriculum and promote the teaching of an uncomplicated and structured narrative of the national story. 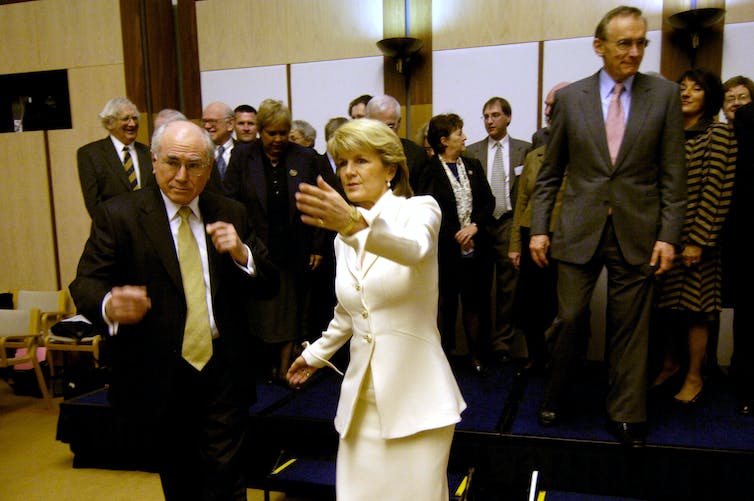 The National History Summit was launched later that year, and The Guide to Teaching Australian History Years 9 to 10 was developed by Howard’s handpicked team. But the election of the Rudd Labor government in 2007 meant the plan to mandate 150 hours of stand-alone Australian history was never implemented. Despite this, Australian history and Western history remain prominent in current curriculum.

History was one of the four subjects prioritised in the new national curriculum, drafted in 2010 under the Labor government. Labor’s world history framework focused much more on Asia, a stark contrast to the structured national narrative supported by Howard. Some criticised the over-emphasis on Western societies in some units, resulting in alternative topics (for example ancient India) being added.

A review of the Australian curriculum was called for in early 2014, following the election of the Abbott coalition government. Then Education Minister Christopher Pyne expressed concerns about the national curriculum not placing enough value on “the legacy of Western civilisation”. Kevin Donnelly and Ken Wiltshire – both conservative critics of the Australian curriculum – were selected to lead the review. Commentary was again polarised.

The final report highlighted some submissions were “critical of the Australian Curriculum for failing to properly acknowledge and include reference to Australia’s Judeo-Christian heritage and the debt owed to Western civilisation”. Despite this, it was decided Western history was sufficiently covered by the Australian curriculum and only minor changes were made.

Similar arguments were expressed at the beginning of 2018 by the Victorian Liberal Nationals. They argued the Victorian curriculum had inadequate coverage of Australian history, religious tolerance and the principles of Western enlightenment.

To ensure Australian students have access to a range of quality history curricula at school and university, we need to consider the responses of history experts and teachers, rather than politicians. Current history teaching recognises historical narratives are complicated and shaped by multiple and opposing perspectives. They also offer students the critical thinking tools needed to understand these complexities.

The work of Canadian Professor Peter Seixas has been influential in this area. The historical thinking concepts he helped develop provide a framework for historical inquiry and critical thinking.

This framework is built around the idea students need to do more than just recite what happened in the past. Students need to be able to ask why things are historically significant to certain people at certain times. They need to understand the past from their position in the world, as well as different perspectives in relation to their own cultural identities. 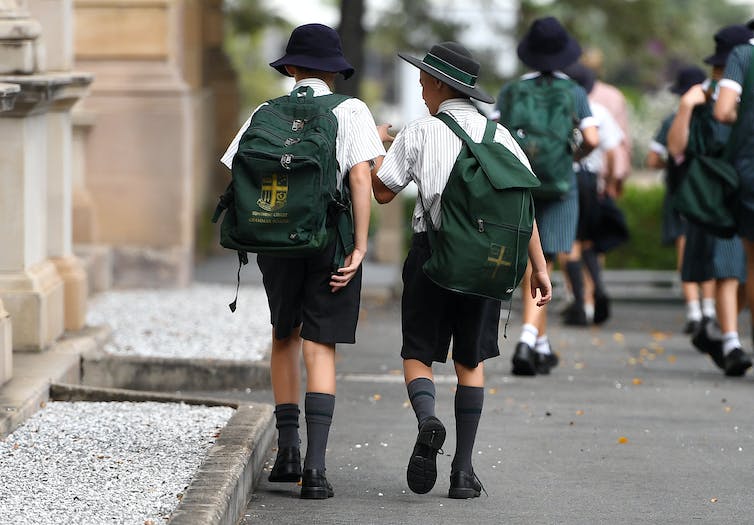 We need to move beyond ideological arguments about history to provide young people with quality, evidence-based history education. Dan Peled/AAP

This framework is grounded in international evidence-based research on teaching history. It has been adapted by many countries, including Australia in its national curriculum.

Politicians who privilege Western perspectives are doing the opposite of what we’re trying to get students to do in classrooms. To be successful in learning about history, it’s crucial students understand world history, contested and rival narratives as well as how history is used in different places and times. This enables us to move beyond outdated labels such as “Western civilisation”.