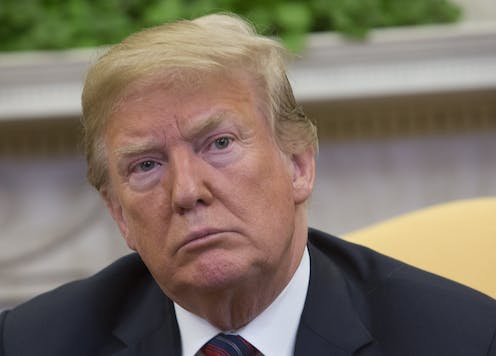 Ten days ago, the international community was facing an existential crisis: US President Donald Trump may be a credible nominee for the Nobel Peace Prize for his work on the Korean Peninsula.

Trump’s unconventional tactics appeared to have led to a legitimate thawing of relations with the reclusive and dogmatic Democratic People’s Republic of Korea. The planned summit on June 12 in Singapore was considered a potential path to ending the long-running Korean conflict, which time and again has threatened to make nuclear war a reality.

Now, less than a fortnight later, the talks are off – for now – although a second summit on Saturday between South Korean President Moon Jae-in and North Korean leader Kim Jong-un could pave the way for their reinstatement. The reality is that the way forward for the Korean dispute could not be murkier, although Trump is now suggesting June 12 will go ahead as planned.

So the questions remain: what happened? and where to from here?

Trump instinctively likes strong-man leaders in the style of Kim. He likes to think he can talk to these sorts of leaders “man-to-man”, sorting complex issues out with business-style tactics. Until recently, these seemed to be working in North Korea, leading to the recent inter-Korean meeting at the Demilitarised Zone border, and the promise of the summit with the US.

Read more: North and South Korea met - but what does it really mean?

However, the revolving door of advisors in the chaotic Trump White House has come back to bite the administration.

In particular, bringing in John Bolton as the National Security Advisor and involving him in the Korean summit was a clear strategic error by the Trump team with far-reaching consequences. Bolton is not a new face for the North Koreans. They know him well and he has a long and chequered history with the regime, which it is in no hurry to forget.

When George W Bush took office in 2001, Bolton was a key figure in scuttling the Bill Clinton-led deal that was in the works in late 2000/early 2001. Not long after this, North Korea appeared in Bush’s infamous “axis of evil” speech, and the stage was set for confrontation. Bolton’s involvement has not been an effective way to build rapport prior to the June 12 summit.

Pence, Bolton and the Kim regime

About a week ago, murmurs emerging from North Korean circles indicated Kim Jong-Un was shying away from committing fully to the June 12 summit. The return of Bolton, and the interjection of Vice President Mike Pence to the issue, had led to a return to the aggressive rhetoric we had come to expect from the North Korean regime.

The likely key turning point for Kim Jong-un was the comparison with the Libyan example from 2003 by both Bolton and Pence. In 2003, then-leader Muammar Gaddafi agreed to give up all weapons in return for the lifting of sanctions.

While the west may remember this as a successful denuclearisation process, undoubtedly what Kim Jong-Un clearly recalls is the deposing and killing of Gaddafi less than a decade later in 2011. Many dictatorial leaders, including Kim Jong-Un, Syria’s Bashar al-Assad and Russian President Vladimir Putin have reiterated that the image of Gaddafi being dragged behind a car through Tripoli haunts them and influences their decisions to this day.

For Kim Jong-un, the experience of Libya has always been a warning sign to never give up your nuclear arsenal. Gaddafi was deposed and killed just as Kim Jong-un assumed the leadership following his father’s death in late 2010. The experience of Libya is a key lesson in why North Korea pursued nuclear weapons so aggressively under his watch. To bring this up in the lead-up to the summit as an example that may be replicated would have immediately put the North Korean leadership on high alert.

One reason Trump likely to have pulled the pin is to save face. His Art of the Deal co-author Tony Schwartz commented:

Trump has a morbid fear of being humiliated and shamed. This is showing who’s the biggest and the strongest, so he is exquisitely sensitive to the possibility that he would end up looking weak and small. There is nothing more unacceptable to Trump than that.

In Trump’s mind, it is better to jump first than have the Koreans pull the rug out from underneath him.

The potential diplomatic damage from the public abandonment of the summit is immense. In particular, the sudden announcement of the US’s withdrawal from the summit blindsided key allies, especially South Korean President Moon Jae-in.

Moon has staked his reputation on solving the Korean conflict, and members of his administration have been on record in the days leading up to the withdrawal stating that the chance of the summit happening was 99.9%.

After the letter withdrawing from the summit was released, clearly catching the South Korean government off guard, a Blue House spokesman Kim Eui-kyeom said:

We are attempting to make sense of what, precisely, President Trump means.

China and North Korea – back on the same page?

The plans for the summit, and the associated thawing of relations with South Korea, also contributed to the warming of the recently frosty relationship between Beijing and Pyongyang. Kim’s first overseas trip since taking on the leadership was a recent visit to China to meet with President Xi Jinping.

Historically an ally of North Korea, China has been a key factor in bringing Kim Jong-un to the table by actually committing to enforce the international sanctions on North Korea. The recent meetings between Kim Jong-un and Xi Jinping may mean China becomes less willing to continue with actively enforcing the sanctions.

Read more: If a US-North Korea summit does happen, we'll have Moon Jae-in to thank for it

Trump suspected China was already weakening its stance. Tweeting out shortly before news of the cancellation of the June summit broke, Trump accused China of weakening the measures that brought North Korea to the table.

Trump publicly urged the Chinese regime to be “strong & tight” on sanctions. What China decides to do next will in large part determine whether there remains any credible chance of peace on the Korean peninsula.

There seem to be constant leaks trickling out of a White House seemingly incapable of maintaining confidentiality. In essence, the US policy on North Korea under Trump remains a moving target. In a statement to reporters on Friday, Trump said “everybody plays games”, then soon after tweeted “very good news to receive the warm and productive statement from North Korea”.

So there now appears hope that the Singapore summit may still take place. On Saturday, Moon and Kim met for the second time at the border truce village in the DMZ.

Moon presumably used the meeting to get the plans for the summit back on track. The unknown element is the price of the inconsistency in Trump’s approach. In the case of North Korea, playing “games” while risking genuine efforts to seek denuclearisation on the Korean Peninsula may come at an exceedingly high cost.