Just like birds and mammals carrying seeds through a rainforest, green sea turtles and dugong spread the seeds of seagrass plants as they feed. Our team at James Cook University’s TropWATER Centre has uncovered a unique relationship in the seagrass meadows of the Great Barrier Reef.

We followed feeding sea turtle and dugong, collecting samples of their floating faecal matter. Samantha then had the unenviable job of sifting through hundreds of smelly samples to find any seagrass seeds. These seeds range in size from a few centimetres to a few millimetres, and therefore can require the assistance of a microscope to be found. Once any seeds were found, they were stained with a chemical dye (Tetrazolium) to see if they were still viable (capable of growing). 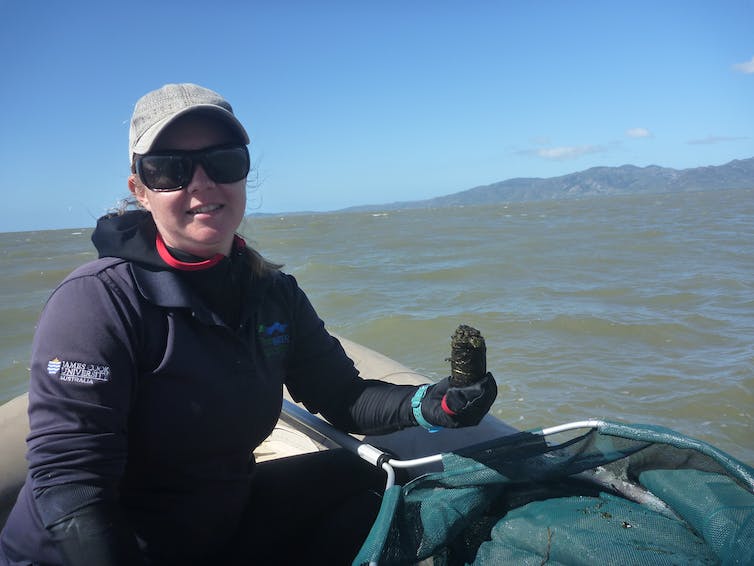 Why is this important for turtles and dugong?

Green sea turtles and dugong are iconic animals on the reef, and seagrass is their food. Dugong can eat as much as 35 kilograms of wet seagrass a day, while sea turtles can eat up to 2.5% of their body weight per day. Without productive seagrass meadows, they would not survive.

This relationship was highlighted in 2010-11 when heavy flooding and the impact of tropical cyclone Yasi led to drastic seagrass declines in north Queensland. In the year following this seagrass decline there was a spike in the number of starving and stranded sea turtles and dugong along the entire Queensland coast.

The seagrass team at James Cook University has been mapping, monitoring and researching the health of the Great Barrier Reef seagrasses for more than 30 years. While coral reefs are more attractive for tourists, the Great Barrier Reef World Heritage Area actually contains a greater area of seagrass than coral, encompassing around 20% of the world’s seagrass species. Seagrass ecosystems also maintain vibrant marine life, with many fish, crustaceans, sea stars, sea cucumbers, urchins and many more marine animals calling these meadows their home.

These underwater flowering plants are a vital component of the reef ecosystem. Seagrasses stabilise the sediment, sequester large amounts of carbon from the atmosphere and filter the water before it reaches the coral reefs. Further, the seagrass meadows in the Great Barrier Reef support one of the largest populations of sea turtles and dugong in the world.

Seagrass meadows are more connected than we thought

Samantha’s research was worth the effort. There were seeds of at least three seagrass species in the poo of both sea turtles and dugong. And lots of them – as many as two seeds per gram of poo. About one in ten were viable, meaning they could grow into new plants.

Based on estimates of the number of animals in the coastal waters, the time it takes for food to pass through their gut, and movement data collected from animals fitted with satellite tags, there are potentially as many as 500,000 viable seeds on the move each day in the Great Barrier Reef. These seeds can be transported distances of up to 650km in total. 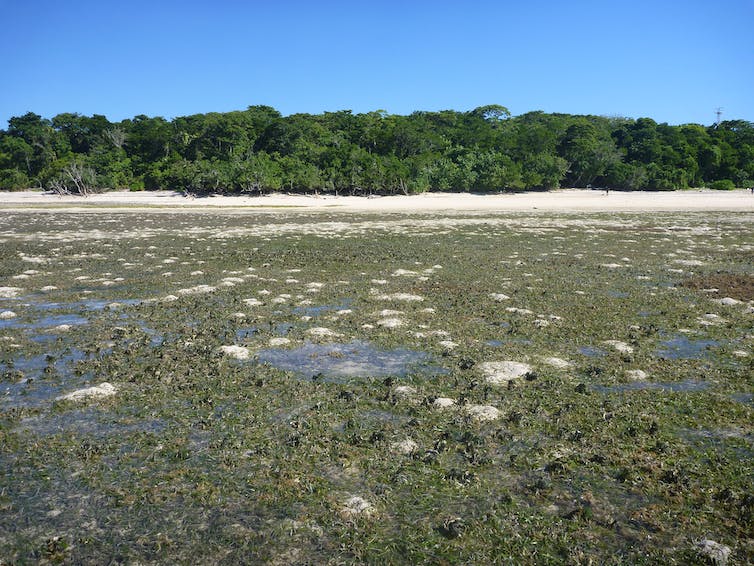 This means turtles and dugong are connecting distant seagrass meadows by transporting seeds. Those seeds improve the genetic diversity of the meadows and may help meadows recover when they are damaged or lost after cyclones. These animals help to protect and nurture their own food supply, and in doing so make the reef ecosystem around them more resilient.

Seagrass meadows have been under stress in recent years. A series of floods and cyclones has left meadows in poor condition, and recovery has been patchy and site-dependent.

This research shows that these ecosystems have pathways for recovery. Provided we take care with the environment, seagrasses may yet recover without direct human intervention.

This work emphasises how much we still have to learn about how the reef systems interconnect and work together – and how much we need to protect every part of our marvellous and amazing reef environment.