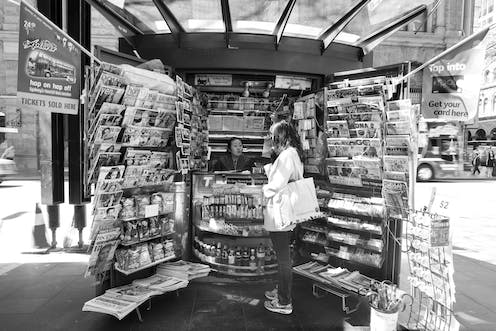 The recent Cambridge Analytica scandal and congressional testimony of Facebook CEO Mark Zuckerberg has brought global attention to the power and influence of Facebook as a platform. It has also invigorated discussions about how such platforms should be regulated.

Meanwhile, the Australian Competition and Consumer Commission (ACCC) has been conducting an inquiry into the influence of digital platforms on media and advertising markets in Australia.

Read more: Google and Facebook cosy up to media companies in response to the threat of regulation

Submissions to the inquiry by a range of media outlets, advertisers, as well as Google and Facebook, were published last week. Although Facebook has expressed interest in participating in regulatory debates, its submission is a disappointing early indication of how we might expect the company to downplay its magnitude and its roles in future regulatory debates.

The purpose of the inquiry

Late in 2017, the Federal Treasurer, Scott Morrison, directed the ACCC to conduct the inquiry into digital platforms, including search engines, social networks and other aggregators. As part of the ongoing inquiry, the ACCC will consider:

the impact of digital platforms on the supply of news and journalistic content and the implications of this for media content creators, advertisers and consumers.

It came about as a result of negotiations between the government and the former independent Senator Nick Xenophon. Xenophon insisted on the inquiry in exchange for his support for the government’s changes to Media Ownership laws.

To some extent, the inquiry retreads familiar ground. Old anxieties about declining revenues for journalistic organisations and the advent of internet technologies and internet-focused stakeholders continue a conversation that has been going for well over a decade.

In total, the ACCC published 57 submissions. This includes contributions from most major Australian media organisations, industry bodies, unions and advertisers.

Many respondents took the opportunity to criticise the narrow scope of the inquiry. The inquiry’s scope is somewhat frustrating considering the complexities digital platforms present. They impact not just media and journalism markets, but also aspects of political, social and everyday life.

While the ABC’s submission was generally favourable in its discussion of online platforms, other Australian media organisations used the inquiry as an opportunity to air grievances about the impact of digital platforms.

Read more: Government regulation of social media would be a cure far worse than the disease

News Corp accused the platforms of abusing the local market and engaging in anti-competitive practices. Commercial Radio Australia pointed to a lack of regulation compelling transparent and structured audience metrics. Nine complained of declining revenues and a lack of platform-specific regulations, while Foxtel raised the issue of copyright infringement.

Seven West Media and Ten argued that there is a barrier to entry imposed on traditional publishers by the significant existing collection of personal data that platforms like Facebook and Google can leverage.

In their submissions, Facebook and Google both attempted to build a narrative that emphasised how the tools and systems they provide can empower journalists and other content creators. Meanwhile, they minimised or outright ignored the opportunity to discuss the broader concerns of the broadcasters, publishers and individuals who are stakeholders in the industries Facebook and Google are operating in.

Google’s short response to the inquiry is not particularly interesting, in part due to its brevity and its focus on championing Google’s notionally positive influence for publishers. Facebook had significantly more to say in its 56 page submission, which also gives context to Mark Zuckerberg’s recent comments welcoming the potential for regulation.

Facebook’s submission reveals how the company portrays itself to regulators, with an interesting element of self-deprecation. Take for example, the statement that:

Facebook is popular, but it is just one small part of how Australians connect with friends, family and the world around us.

Given a user-base that dwarfs the population of, well, even the most populous countries, Facebook’s most compelling option for presenting itself as an underdog in this space is to compare itself by share of “attention”, rather than share of market.

Facebook presents “multi-homing” – the practice of having and using a variety apps on your phone – as a key concern. It paints a picture of precarity in a marketplace that they dominate.

Read more: How to regulate Facebook and the online giants in one word: transparency

Facebook’s arguments about competition also ring hollow because the platform’s design and scale allows it to benefit from significant network effects.

Put simply, a network effect is when existing and new users benefit from the growth of a network. A familiar example of these effects can be seen in the services of mobile phone network providers. Telstra and Optus provide cheaper, or no-cost calls or messaging between customers of their own service.

But the similarities end there. While you could still call a friend with a competing mobile phone provider, there is no such interoperability with platforms like Facebook. This design helps Facebook protect its market power by keeping total control over the Facebook platfom’s network.

If you decide to leave Facebook, you sever the connections between yourself and other users of the platform. Given Facebook’s focus on augmenting social functions this can, quite literally, be an ostracising endeavour. In spite of both the recent Cambridge Analytica revelations, and several #deletefacebook campaigns, we’re yet to see a significant exodus of users from the platform.

Facebook has a colossal user base. Over two billion people use the platform each month, and almost three quarters of those people use Facebook on a daily basis. It owns Instagram and WhatsApp – each of which are profoundly successful platforms in their own right.

Facebook is a titan of this industry, and the sooner it stops pretending to be a bit player, the richer our discourse about platforms and their role in society can become.