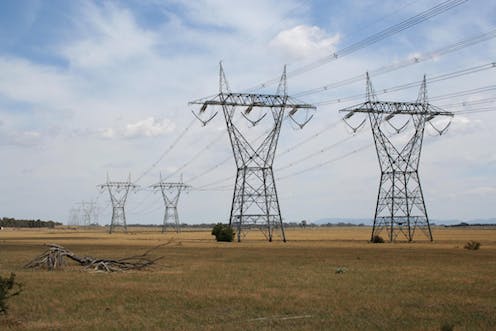 The finer policy details of the of the proposed National Energy Guarantee (NEG) have begun to leak onto newspaper front pages and websites, ahead of Friday’s crucial meeting of federal and state energy ministers.

The good news is that the leaked information suggests solid progress has been made over the past couple of months on both the emissions and reliability components of the policy.

Read more: As the Libs claim South Australia, states are falling into line behind the National Energy Guarantee

Many of the more extreme and dramatic suggestions contained in the Energy Security Board’s February consultation paper appear to have died a quiet death. What we’re left with is a more sober proposal that does its best to use existing markets and practices – more evolution than revolution.

The NEG’s proposed emissions mechanism is simple to explain, but difficult to put into practice. Each year, retailers will have to prove that the generation they have purchased meets a certain emissions intensity target. It appears that the obligation will only apply to those states and territories in the National Electricity Market, although there is no reason why it could not be adopted in Western Australia and the Northern Territory.

Each year these targets will get smaller, to ensure the sector makes progress towards helping Australia meet its overall emissions targets: a reduction of 26-28% relative to 2005 levels by 2030.

How will retailers prove they are hitting their targets, particularly now that emissions intensity certificates are firmly off the table? The answer is that they will use the financial contract market to provide proof.

To manage price risks in the wholesale spot market, retailers buy what are known as hedge contracts. For example, they might buy a cap contract for a certain amount of generation, so that if the spot price exceeds A$300 per megawatt-hour, say, the retailer will only pay A$300 per MWh for that generation.

First, ten-year forecasts will be provided to predict any potential shortfall in electricity generation. These forecasts will be regularly updated. If, three years ahead of a forecast shortfall, the market has still not responded by providing extra capacity, the reliability mechanism will then be triggered.

This effectively puts retailers on notice that they need to secure enough capacity to meet their share of demand in three years’ time. If, one year out, the market still hasn’t responded, the Australian Energy Market Operator (AEMO) will step in and procure the capacity needed to make up the shortfall.

Assuming that AEMO has got its forecasts right, retailers will have to prove through their financial contracts that they have contracted or own enough generation or demand-response capacity to meet their share of electricity demand. If they can’t do this, they may have to cover the costs of AEMO procuring additional capacity.

In a perfect world, the reliability mechanism will never be triggered. A process that encourages retailers to invest in, or contract with, new generation – and imposes costs on those retailers if they fail to do so – should mean that the market will always respond to a projected shortfall.

But we don’t live in a perfect world. Uncertain future demand, new technologies with rapidly reducing costs, and continual government intervention are all reasons why retailers may be unwilling to invest in new generation or sign long-term contracts with new generators.

If the mechanism ends up being repeatedly triggered, we will effectively end up with a capacity market, similar to that which has been implemented in France.

Much of the media coverage in the lead-up to Friday’s COAG Energy Council meeting has focused on the size of the emissions reduction target.

Reports indicate that annual targets will be set to deliver a 26% emissions reduction in the electricity sector by 2030, and that those targets will only be revisited after five years.

This is poor policy. A 26% reduction is woefully short of what is needed, given that cutting emissions in other parts of the economy is much harder. And given that Australia’s 2030 target will almost certainly be strengthened as part of a process set out under the Paris climate agreement, there should be flexibility to alter the NEG’s targets on an annual basis.

But this is not to say that the NEG itself is bad policy. The federal government’s position on emissions reduction in Australia is clear, and has been for some time. Regardless of the particular policy, whether an emissions intensity scheme or a clean energy target, the Coalition’s target would still be 26%. This has nothing to do with the design of the NEG, and everything to do with a political decision by the government.

Nor is there anything in the NEG that would stop state governments implementing their own renewable energy targets. They may not deliver emissions reductions above those that are delivered by the NEG, but it is not clear that things would be any different under, say, an emissions intensity scheme or any other national policy design.

Read more: How the National Energy Guarantee could work better than a clean energy target

The emissions-reduction mechanism of the NEG is fine, even if the target itself is inadequate. It should deliver the same outcomes as an emissions intensity scheme – federal Labor’s preferred policy at the last election. And if Labor wins the next election, it can simply strengthen the target.

Australians should hope that the NEG wins support at Friday’s COAG meeting. Implementing a mechanism that both sides of politics can live with, and which can be adjusted to meet different levels of ambition, may sound like a modest goal. But it is light years ahead of where we have been in recent years.