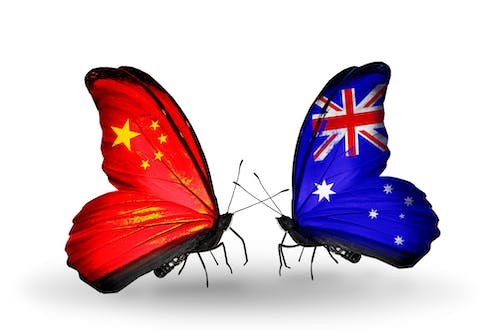 In December, the Turnbull Government tabled sweeping new national security legislation in response to what the PM called “disturbing reports of Chinese influence” in Australian politics.

An ongoing parliamentary review of the proposed laws has attracted hundreds of public submissions, with intelligence agencies and civil society organisations predictably lining up on opposite sides of the argument.

More surprising, perhaps, is the controversy the laws have sparked within Australia’s community of China experts.

On March 19, a group of 30 China scholars submitted a petition calling for the espionage and foreign interference legislation to be withdrawn, pending more extensive consultation and rigorous, measured public debate.

The open letter argued the bill directly threatened academic freedom, and that the “alarmist tone” of recent public discourse over China was impinging Australia’s ability to calmly and rationally deal with the issues.

In particular, it warned that “a racialised narrative of a vast official Chinese conspiracy” was taking shape:

We should be vigilant that public discourse in Australia does not create undue pressure on one particular section of our society to demonstrate its loyalty to Australia at the expense of its freedom to criticise Australian policies and actions.

A week on, a different group of China and Asia experts submitted another letter — ostensibly in response to the first — defending public policy debates over the issue in light of “well-documented reports about the Chinese Communist Party’s interference” in Australia. It read:

We firmly believe the current debate is not characterised by racism and that it is crucial for Australia to continue this debate. Indeed, Chinese Australians are among the main initiators and drivers of this debate.

The rival letters attracted international media coverage, with a reports touting a split among Australian China scholars over the issue.

But how much did the two letters really differ?

In fact, the two letters share a great deal in common. Both call for informed debate over the issues; both denounce racism; both affirm scrutiny of the CCP’s activities in Australia and the application of legal penalties where evidence of wrongdoing is clear.

Most signatories would agree that discussion of the set of issues raised is necessary, and that it is not motivated by racism. They would also agree that new laws may be necessary but must be carefully drafted, and there have been problematic elements in the public debate as it has unfolded so far.

Both lists of signatories contain trenchant critics of Beijing, as well as relatively China-friendly voices.

Yet, I’m aware of only one person who signed both.

Why have Australia’s China scholars cleaved into two camps on a matter of great public interest that requires their collective expertise — camps that seem to cut across personal networks and ideological preferences?

To some extent, as ANU National Security College head Rory Medcalf has observed, this reflects healthy scholarly disagreements among colleagues.

But the rival letters are also indicative of a less-than-healthy polarisation in the discourse at a time when identifying consensus views might be more valuable. After all, the letters were substantively in agreement on many of the key issues.

It may help, then, to clarify what we do disagree about.

As a signatory to the first letter, but not the second, I can identify four main points of contention. Yet, as shown below, even within these four areas there appears to be more agreement than the rival letters might suggest.

The scope of CCP activities in Australia

While the first letter cautions against conflating distinct China-related issues in Australia into “a vast official Chinese conspiracy”, the second offers a list of ten bullet-point examples of the “CCP activities” Australia should be vigilant against.

The list ranges from espionage and intimidation of dissidents, to university student groups and pro-China political rallies.

The view that vigilance is warranted over the party’s activities in Australia should be uncontroversial. It is an unreformed and increasingly dictatorial Leninist regime with a ministerial-level department tasked with instrumentalising non-party actors to advance the party’s interests and counter its perceived enemies.

The scope of this “United Front Work” system is vast and expanding, and it is rooted in a thoroughly cynical vision of the world. It is an institution and a vision that Australians — especially political elites — ought to be properly educated about.

But it should also be equally uncontroversial to affirm that a person or group’s inclusion as a target within the scope of united front work does not constitute grounds for suspecting them of disloyalty or subversiveness if they espouse a CCP-friendly view on an issue.

Causes of racist and alarmist sentiments

The first letter criticises the Australian media for fanning “suspicion and stigmatisation of Chinese-Australians”.

The second letter acknowledges the public discourse has prompted “alarmist and racist sentiments”, but argues this is an inevitable side effect of having a debate in the first place.

Perhaps we could at least agree that the prevalence of racism and alarmism on the fringes of a debate depends significantly on the language used by those in the mainstream debate.

If so, this would narrow the disagreement down to whether or not the costs of using inaccurate and inflammatory language such as “Chinese”, “invasion”, “infiltration”, and “penetration” are acceptable.

The meaning of sovereignty

The first letter argues there’s no evidence that the PRC’s activities are aimed at challenging Australia’s sovereignty. The second letter, by contrast, advocates action to counter “threats to sovereignty”.

Each appears to have a different notion of sovereignty in mind.

If the word means, narrowly, paramount legal authority within territorial limits, then a PRC challenge to Australia’s sovereignty implies that it seeks to lay claim to parts of the Australian landmass, or reduce its polity to a tributary “vassal”. But as the first letter pointed out, there is to date no credible evidence of this.

On the other hand, there have been clear instances of PRC violations of Australian sovereignty in recent years. In 2015, for example, Chinese undercover police pursued a fugitive on Australian territory. Importantly, in that case, Beijing admitted its wrongdoing.

Interference with the political freedoms of residents of Australia, such as intimidation of dissidents’ families in China, also arguably violate Australia’s sovereignty in a broad sense.

Neither letter defines sovereignty, but both invoke the word’s emotive power. Those of us speaking of a CCP threat to Australian sovereignty (or absence thereof) might be able to agree on more if we specify in what sense this is (not) the case.

Threats to democratic politics in Australia

Whereas the second letter emphasises the threats that CCP activities pose to democracy and free speech, the earlier letter suggests the sweeping proposed national security laws and alarmist public discourse were creating an even more immediate threat to democratic political rights.

It is hardly in doubt that the CCP’s activities undermine the political values of democracy, liberalism and openness. It is openly hostile to them.

But there are well-documented cases of self-censorship resulting from the alarmist tone in Australia’s public discourse on the issue, with reports of some Chinese-Australian politicians growing afraid of associating with CCP-linked community figures.

The second letter affirms that all residents of Australia “should be able to express their point of view free of fear or censorship, whether from forces foreign or domestic”.

This suggests, once again, that there is significant overlap among China scholars even within this ostensible area of disagreement. Specifically, both seem to recognise that threats to democratic rights exist inside Australia as well as outside.

Where to from here? In an upcoming report, I argue that if Australia wants to maintain a broad engagement with a powerful, increasingly dictatorial Leninist party-state ruling a billion-plus people while maintaining a liberal democracy, it will require careful understanding and management of the risks involved.

It will not be possible to simply disallow all CCP “operations of influence” without impinging on the very democratic rights the CCP threatens.

Conflating distinct issues (for example, espionage, lobbying, Chinese-language media, student activism) under single sweeping labels (such as “influence” or “operations”) that imply they’re all part of one Beijing-orchestrated campaign of subversion is also not helpful in developing methodical, systematic responses.

Policymakers in Beijing may dream of coordinating a vast conspiracy involving ethnic Chinese all over the world advancing the CCP’s interests, but that does not make it a reality.

Australia’s approach, I argue, should be to carefully disaggregate the various problems under discussion in this debate and risk-manage them individually, rather than grasping for some kind of resolution that will free Australia of “CCP influence”.