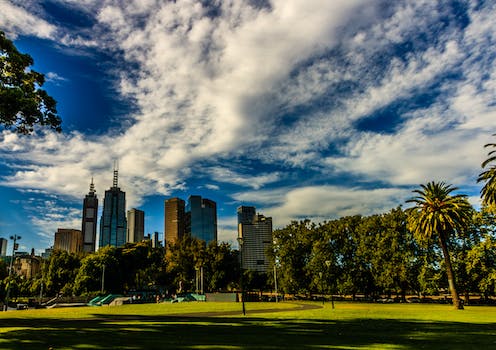 Historic investments in green open space along the Yarra created a legacy of liveability in Melbourne.Ispas Vlad/Shutterstock

Australia’s major cities are growing more rapidly than ever before, gaining three million residents in a decade. Concerns about the risks to their long-term liveability and health are growing too. Is the consistent plac...

Australia’s major cities are growing more rapidly than ever before, gaining three million residents in a decade. Concerns about the risks to their long-term liveability and health are growing too. Is the consistent placing of Australian cities at the top of most liveable city rankings a reason for complacency?

The fastest-growing city, Melbourne, is experiencing unprecedented growth and yet has topped The Economist Intelligence Unit global liveability ranking for seven years running. However, much like Australia’s remarkable record of 26 years of continuous economic growth, many of the policy and institutional reforms that delivered this liveability legacy occurred decades ago.

Australia is now undergoing its third great wave of population growth, putting pressure on infrastructure, services and the environment. During the past two waves of growth, in the late-19th and mid-20th centuries, cities implemented visionary responses. It’s largely because of these past phases of planning and investment that our cities have until now been able to sustain their liveability and a reasonably healthy natural environment.

A third wave of planning and investment in open space and green infrastructure is now needed to underpin liveability as our cities grow. The past offers important lessons about what made Melbourne, in particular, so liveable.

Can we repeat the leadership of yesterday?

In the early 19th century, European settlers ignored and displaced the Indigenous knowledge and connections with country. What grew in their place were initially little more than shambolic frontier towns.

In the Port Phillip colony, the gold rush, the subsequent population and property booms and the lack of city services led to Melbourne gaining an international reputation as “Smellbourne”.

But then, over several decades, visionary plans set aside a great, green arc of parklands and tree-lined boulevards around the city grid.

Melbourne constructed one of the world’s earliest sewerage systems. The forested headwaters of the Yarra River were reserved for water supply. Melbourne is today one of a handful of major cities in the world drawing its natural water supplies from closed catchments.

And so, together with profound social and cultural changes, the shambolic frontier town transformed into “Marvellous Melbourne”. Sydney and Australia’s other capital cities followed similar trajectories.

Then came the world wars and intervening Great Depression. These were times of austerity and sacrifice. Remarkably little investment in open space and green infrastructure occurred over these decades.

The 1956 Melbourne Olympics was perhaps the event that signalled the awakening from that somewhat bleak period. It was again time for optimism and vision, with the post-war population boom well under way.

The 1954 Melbourne Metropolitan Planning Scheme reflected this growing optimism and highlighted the potential for a network of open spaces across the rapidly expanding city. But it took time to build momentum for its implementation.

By the 1970s sprawling development had virtually doubled the metropolitan area of Melbourne. Services such as the sewerage system had not kept up. The Yarra and other waterways and Port Phillip Bay were becoming grossly polluted. There was community pressure to tackle pollution caused by industry and unsewered suburbs.

In 1971, the Victorian Environment Protection Authority, the second EPA in the world, was created to regulate industry. State and federal governments made a huge investment in sewering the suburbs.

The city’s planners revived the earlier vision for Melbourne’s open space network, along with the idea of green wedges and development corridors. Greater prosperity and community expectation secured the investment needed to deliver it. 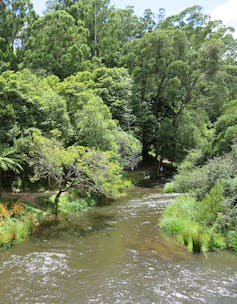 Historic decisions to protect the Yarra River have had lasting benefits for Melbourne. Dorothy Chiron/Shutterstock

The 1971 metropolitan plan identified open-space corridors for waterways including the Yarra. Land began to be acquired to build this green network and the trail systems that connect it. Victoria became known as the “Garden State” in the 1970s.

This period stands out as the city’s second great wave of visionary planning and investment. It created the wonderful legacy of a world-class network of open space, much of it around waterways and Port Phillip Bay.

Sustaining or improving urban liveability is a massive challenge. It calls for a new vision and a commitment by governments to deliver it over many decades. Do we have policies and institutions capable of doing this?

Rather than “shaping” our cities, many state institutions are dominated by cost and efficiency goals that drive a “city servicing” mindset.

Melbourne, for instance, is in danger of exhausting the legacy of the last “city shaping” phase of visionary planning and investment. This all but ended in the 1980s.

By 1992, the Melbourne and Metropolitan Board of Works had been abolished. It once had responsibility for town planning, parks, waterways and floodplain management as well as water and sewerage services. It used the Metropolitan Improvement Fund (raised from city-wide property levies) to plan and deliver the city’s green infrastructure, including land acquisitions.

Where is the equivalent capability today? Our practitioners have the knowledge, skills and understanding to better plan for complex city needs, but this is not enough to shape a better future for coming generations. Without a vision and effective policies and institutions to deliver it, we risk ad hoc and wasteful decision-making and investment. The result will be poorer community well-being and less economic prosperity.

The entrenched cost-efficiency or “city servicing” mindset is an all-too-narrow and short-term policy setting in an era of unprecedented urban population growth.

But, as the past has shown, little will happen without an effective city-shaping capability. Significant policy and institutional reforms, guided by a new vision, are essential to ensure a healthy environment, community well-being and the liveability and prosperity of our cities for decades to come.

Alternatively, we may find ourselves tumbling down the ranks of world’s most liveable cities. Our best and brightest will be drawn to greener pastures while the world asks in astonishment, “How did they let that happen?”