It is curious fact that certain times and places seem to have a particular hold on our popular historical imagination. Such is the case with Germany’s capital city, Berlin, during the short-lived Weimar Republic, recently recreated for TV in the critically acclaimed Netflix series Babylon Berlin. Based on a series of novels by Volker Kutscher, Babylon Berlin is reputedly the most expensive non-English language TV show ever made

Set in the dying days of the republic, its plot centres on a Vice Squad detective, Gereon Rath (Volker Bruch), who is posted to Berlin to investigate a pornography ring run by an underworld syndicate. He quickly uncovers plans by reactionary political forces to thwart the disarmament conditions of the Treaty of Versailles, which settled the first world war.

The Weimar Republic was so-called because the German city of Weimar was where the first constitutional assembly of the Republic was held in 1919, after the collapse of the German empire. In the late-18th century it had also been home to great figures of the European Enlightenment such as Johann Wolfgang von Goethe, Friedrich Schiller, and Johann Gottfried Herder. 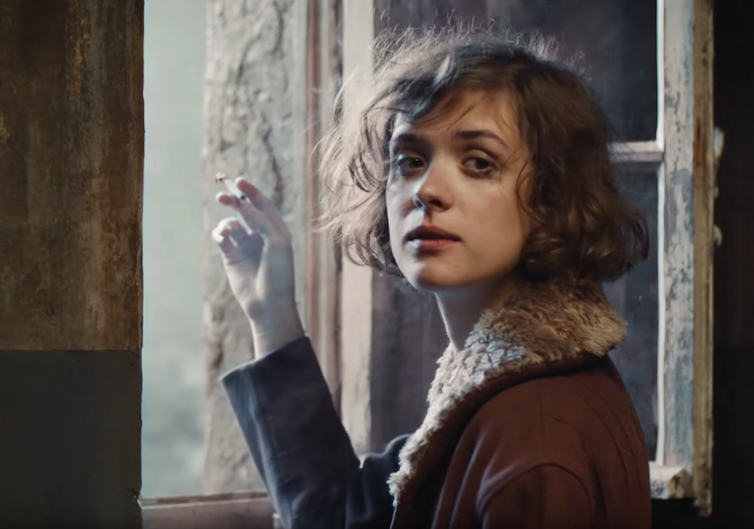 Any hoped-for association between the spirit of that Age of Reason and the Republic, however, was to prove chimeric. Hitler’s rise to power in 1933, and specifically the passing of the Enabling Act on March 23 of that year, made him the effective dictator of Germany.

Understandably, we continue to seek possible explanations for this disaster in the culture that immediately preceded it. But there are other grounds for our continuing fascination with the Weimar Republic.

It was also something of a cultural “Golden Age” during which social and economic issues of the day came to be explored and debated through music, art, and literature of particular energy, acuity, and depth. And those issues, especially those originating in the social impact of new media technologies or the emerging global economy, seem close to many troubling us today.

This is not, of course, the first time that Weimar Berlin has found its way into mainstream popular culture outside of Germany. Many of us will have got our first “feel” for the period from the musical (and film) Cabaret.

Like Cabaret, based on on English-American novelist Christopher Isherwood’s semi-autobiographical novel Goodbye to Berlin (1939), many of the clubs, cafes, brothels, and political personalities depicted in Babylon Berlin are based on actual historical places and people. With an unparalleled production budget and some 12 hours of broadcast time, however, the series is able to build up a more sophisticated picture of the physical, psychological, and geopolitical character of the city.

We also see techniques that particularly fascinated Weimar artists employed right from the show’s opening credits, such as the use of the cinematic device of montage (thought to approximate the similarly diffracted sensual experience of a bustling metropolis). Likewise, the plot that unfolds over the series’ 16 episodes fractures and splits in fascinatingly unexpected ways.

Babylon Berlin offers windows into the private and professional lives of the city’s inhabitants: not just the professional and aristocratic classes but also the working poor for whom debates over competing political visions for the country took on a visceral immediacy. (Could they find a safe place to sleep? Did they have enough to eat?)

The changing role and status of women is another recurring theme. Article 109 of the Weimar Constitution declared that men and women had the same fundamental rights and duties as citizens, including the right to vote and to hold public office. In the series we see how women now sought not only employment, but also forms of pleasure, that had hitherto not been open to them.

Older patriarchal elites viewed such cultural shocks with deep suspicion. When Germany’s fragile post-war economic recovery was fatally undermined by the Wall Street Crash in 1929, they were quick to claim that liberalism represented a profound social ill only a return to imposed social order could cure.

Another constant of the series is the shadow cast by the first world war and how it damaged both the psyches and bodies of those who survived it. For Detective Rath, relief from his ills is found in illicit drugs. But everyone, it seems, is struggling with demons of one kind or another. One strength of the series is that there are no straightforward “good” or “bad” guys (or girls).

In the series’ first 14 episodes, similarly, there is not a swastika in sight. This is perhaps grounded in the fact that at the 1928 general election, the Nazis had won just 2.6% of the vote. While this arguably underplays both the visibility and significance of the Party’s activities in Berlin at this time, it also makes it easier for the series to focus our attention on a broader message.

Whatever the time or place, democracy is fragile and requires collective political effort and civic courage to be sustained and nurtured. Or, as one reviewer put it, “Babylon Berlin is less anxious self-examination than knowing warning to others”.

The series remains, of course, a historical drama, not a documentary, and is designed to be rollicking good entertainment (which it is!) It is ultimately no substitute for an in-depth study of Weimar history and culture.

But at a time when young people across the West are increasingly sceptical about liberal democracy, it offers a timely reminder of why that history still has lessons for us.