On March 18, Queensland Annastacia Palaszczuk triumphantly announced that Dora had been saved. News that the Dora the Explorer live action film would be made there followed a week-long campaign by the state government and Screen Queensland calling on the federal government to increase its support for it.

Dora the Explorer is the latest international blockbuster-in-the-making to come to Queensland’s film studios, transforming the state into a Hollywood backlot of sorts. International productions are encouraged to make films in Australia through federal government rebates on production costs, administered through Screen Australia.

In the case of Dora, the government had been asked to “urgently increase” its standard tax offset from 16.5% to 30%. It refused, with treasurer Scott Morrison saying that Queensland was “well placed to provide the necessary top-up grant”. The state government reportedly chipped in the extra cash for Dora to come to Queensland, but will not say how much. Screen Queensland has previously come under scrutiny for transparency around incentives given to the Pirates of the Caribbean film in 2015.

Read more: Why is the Australian government funding Hollywood films at the expense of our stories?

While the “saving” of Dora is great for the film’s production workers, it raises questions about the dependence of Queensland - and Australia’s screen industry - on international movies. This week, 215 screen industry representatives, including Cate Blanchett, Richard Roxburgh and Anthony Lapaglia signed an open letter calling for “competitive tax incentives”, although did not specify a figure.

“Our voices [are] in danger of being drowned out by a deluge of overseas content,” the letter said, “And if our nation’s stories aren’t told, they die. And when they die, future generations won’t know who we are and what makes us us.”

The letter also called for the extension of Australian content rules, which already apply to local broadcasters, to new distributors such as Netflix and Amazon.

Read more: With the rise of subscription and online TV, we need to rethink local content rules

There is no question that the offset on production costs should be raised. Most jurisdictions, including the US state of Atlanta, a popular location for filming everything from the latest Avengers to Baby Driver, set theirs at 30%.

But what can be done about homegrown talent and stories in tandem with this? International productions predominately use overseas talent in major roles, from direction to writing to acting to cinematography and costume design. Screen Queensland CEO Tracey Vieira told the Courier Mail that there will be up to 40 local actors used as extras in Dora, with no quotas for speaking roles announced.

In the past year, local TV series Harrow, Safe Harbour, Grace Beside Me, and The Family Law have been filmed in Queensland, and Australia’s first Netflix Original Series Tidelands (produced by Brisbane-based company Hoodlum) commenced production this week. Screen Queensland also supported creatives to attend industry events. While these may be encouraging signs for the local industry, it remains to be seen whether this is an ongoing commitment that will persist once Hollywood comes back to town. 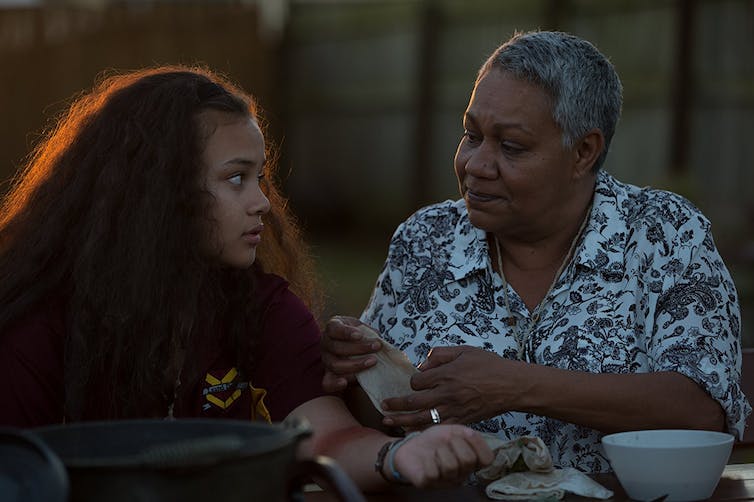 Australian drama Grace Beside Me was recently filmed in Queensland. IMDB

In my opinion there are a number of logical options to help the local film industry, including more transparency around incentives, and more screen agency funds reserved specifically for local productions.

Read more: Australia must act now to preserve its culture in the face of global tech giants

While it will be harder to impose quotas on newer, overseas platforms like Netflix, the argument is clear. If these companies want to participate in the Australian market, where they’re already subject to other forms of regulation like classification, they should play by the same rules as conventional broadcasters.

Australian films also need more help with promotion in a market dominated by powerful, international producers. While marketing grants already exist in Australia at a national level, they are mostly ineffective: local films continue to drown at the box office. They could also be paired with marketing firms that could look beyond conventional advertising methods.

Finally, Australia should consider quotas for local creatives on international productions. While this is not the practice overseas, Australia’s film industry is much smaller. These quotas could include speaking parts for actors and major technical roles (eg. directing, writing, cinematography, costume design). This would allow Australian creatives to gain experience on a major film, an essential career advancement.

Dora the Explorer will be the latest in a series of Hollywood productions that has transformed Queensland’s film industry. Pirates of the Caribbean: Dead Men Tell No Tales was filmed at a variety of locations around the state as well as Village Roadshow Studios on the Gold Coast between February and July 2015. The same studios were occupied for most of last year by Aquaman, and 2016 by back-to-back productions of Kong: Skull Island and most notably Thor: Ragnarok.

Palaszczuk is right to be enthusiastic about Hollywood. When a film such as Aquaman comes to the Gold Coast it equates to thousands of nights at hotels and bookings at other facilities. And that’s before Screen Queensland’s logo appears in the end credits. These films provide thousands of jobs for those in behind the scenes roles, as well as work for everything from catering, transport, and IT companies. They also mean more investment in costly facilities and equipment that couldn’t be afforded otherwise. These can then be used on local productions. 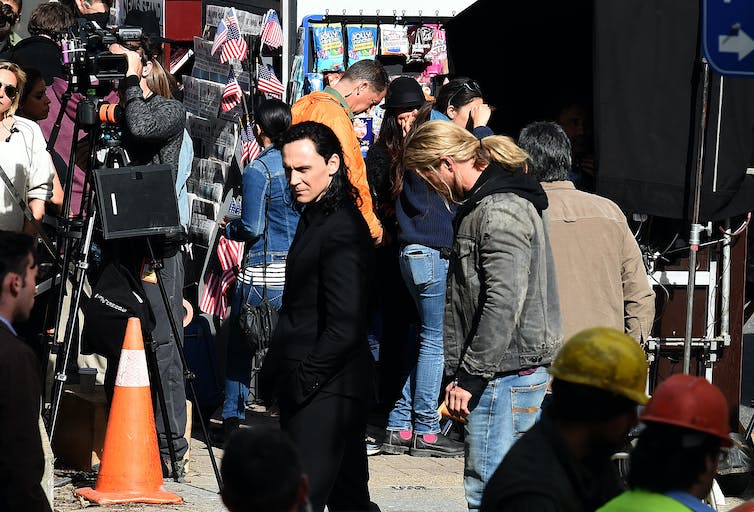 Actors Tom Hiddleston and Chris Hemsworth in Brisbane for the filming of Thor: Ragnaraok. DAN PELED

However Hollywood can be a fickle beast. The attractiveness of a location for a film shoot depends on more than offsets, including the strength of the Australian dollar, the type of locations required, the clout of other jurisdictions, and the willingness of A-list talent to travel to a far-off country for a number of months.

Queensland was previously a production hotspot in the early 2000s, when Village Roadshow’s studios were home to blockbusters such as Peter Pan, Nim’s Island, Scooby-Doo, and Fool’s Gold. Smaller towns like Bowen played a role in Baz Luhrmann’s Australia. However the global financial crisis saw a dry spell largely persist until the mid-2010s, when Angelina Jolie’s WWII epic, Unbroken, along with San Andreas, restarted the trend.

In between, Queensland struggled to find a place in a local industry, where the biggest hits were filmed in New South Wales and Victoria. Of the top ten highest grossing Australian films ever, only Luhrmann’s Australia had portions shot in Queensland.

While the saving of Dora ensures the burgeoning blockbuster boom in Queensland will continue for now, we need an equal commitment to local and international productions that creates a sustainable industry. One where Australian films and TV shows can be seen everywhere from the shopping centre multiplex, to the arthouse, to an iPad.

Authors: Ella Donald, Tutor in Communications and Arts, The University of Queensland