Until I went to southern Africa last year, I couldn’t imagine an African savanna without its awe-inspiring migrations. But Africa’s plains are increasingly empty of wildlife. My subsequent investigation showed that fences are marching across the savannas instead.

An audit of 24 large mammal species, which used to migrate regularly, showed that many migrations are already extinct. Fences stopped animals in their tracks, often within sight of the food and water that would sustain them. These fences had severed historically massive migrations. Millions of wild animals – wildebeest, zebra, hartebeest, springbok and many others – have likely died of thirst or hunger since the 1950s.

It’s a huge problem, yet it has received little attention. In Kenya, fences form clusters and virtual battle lines, threatening the collapse of the entire Greater-Mara ecosystem. A recent global study of 57 species of moving mammals shows that the future of the planet’s most spectacular natural events is on the cusp.

Botswana is one of the last great places on earth for free-ranging wildlife. Here, fences erected to protect European beef producers from foot-and-mouth disease (FMD) slice the country into 17 “islands”.

Fencing is expensive – especially fencing strong enough to keep out migrating animals – and it favours only a small proportion of cattle owners, locking local livestock farmers out of the export industry. To make matters worse, this comes as wildlife-based tourism is overtaking livestock as a proportion of GDP in countries like Botswana. 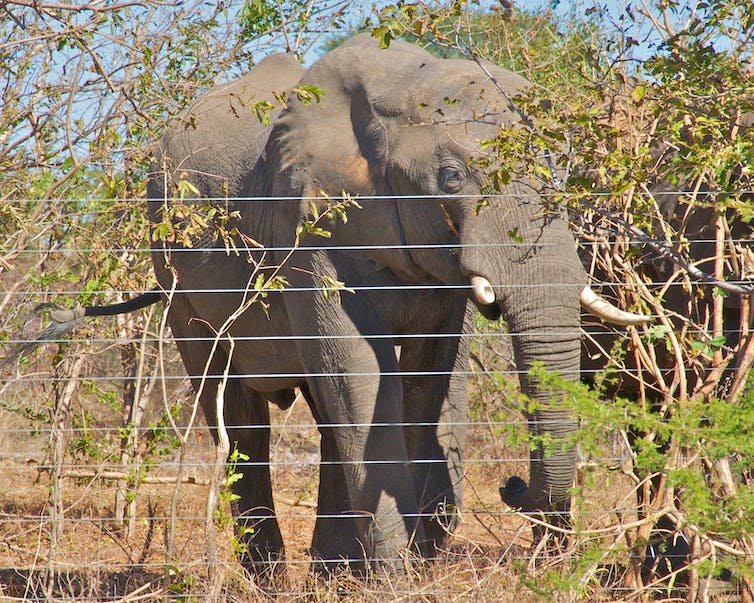 An elephant, behind one of the high double layered veterinary fences used in Botswana. M. Atkinson

With colonial-era subsidies of the fencing system gone, what’s left is a lose-lose system that hinders local farmers, tourism and sustainability. Many savanna landscapes are now conflict zones between local people and wildlife.

Against this bleak backdrop, a rare good news story has emerged, driven by myth-busting science and patient advocacy. It turns out that wildlife does not play a significant role in the transmission foot-and-mouth disease, apart from the African buffalo; ironically it is more likely to be spread by cattle. Many areas, like the Kalahari, have no cattle or buffalo – so the fences in those areas serve no disease control purpose.

Careful scientific sleuthing is showing that migrations restart when these fences are removed. The longest animal migration ever recorded, of zebras across Botswana, resumed a few years ago after just a portion of fence was removed.

Perhaps the most important breakthrough has been a relatively new scientific approach called One Health. One Health is a problem-solving strategy that tackles issues at the interface of wildlife, domestic animal and human health. A monumental effort by veterinarians and other scientists, working with communities and animal health organisations, has teased out a solution. Instead of looking at livestock’s geographic origin, it looks at the meat production process itself – from farm to fork – through a food safety lens.

This approach was initially developed for astronauts in the 1960s to avoid illness from contaminated food. It is now used throughout the food industry, from growing vegetables, to canning fruit and processing meat. For beef, it means that even in foot-and-mouth zones, a combination of vaccination, veterinary surveillance, and standardised meat preparation ensures disease-free, wildlife-friendly beef.

But it is one thing to have the solution, and quite another to convince policy makers to implement it. The focus of the One Health team soon turned to policy and advocacy. After years of research and dialogue between sectors that rarely sat at the same table, in 2012 the Southern African Development Community (SADC) issued The Phakalane Declaration on Adoption of Non-Geographic Approaches for Management of Foot and Mouth Disease.

Put simply, these new “non-geographic approaches” are not reliant on fencing.

This consensus statement from southern African animal health experts was a shot heard ‘round the world. A genuine policy breakthrough finally came in 2015, in Paris, where the World Animal Health Organisation (OIE) rewrote the Terrestrial Animal Health Code to allow for international trade of fresh meat from countries or zones with foot-and-mouth disease.

Since then, Ngamiland, home to world-renowned wildlife and the recently World Heritage-listed Okavango Delta, committed late last year to reassessing its fences with wildlife-friendly beef and wildlife concerns in mind. 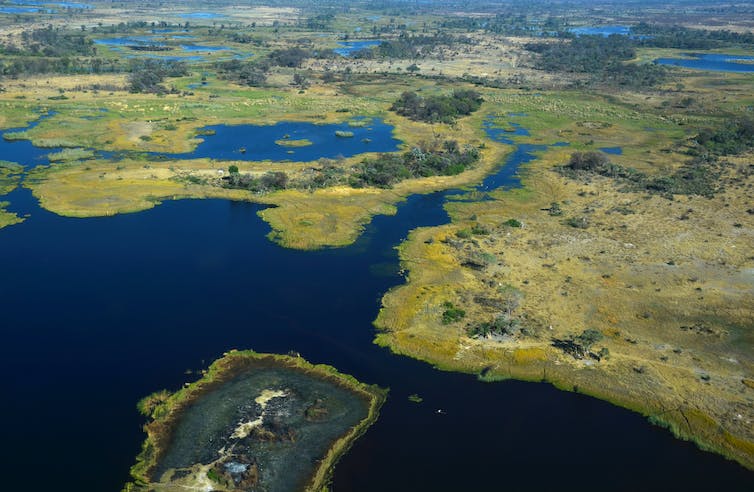 Botswana is also at the centre of the Kavango Zambezi Transfrontier Conservation Area which spans parts of Angola, Botswana, Namibia, Zambia and Zimbabwe, and is home to the world’s largest remaining population of elephants. The Animal and Human Health for the Environment And Development (AHEAD) program, based at Cornell University, have been working with local partners to resolve FMD-related conflicts in the largest peace park in Africa. Meanwhile, non-fence solutions were at the forefront of a recent multi-country summit in late 2016.

Read more: It's time to stand tall for imperilled giraffes

The new meat processing-focused approach seems like common sense but, after generations of conflict, it is bold and brave. Botswana, leading the charge, is now on the cusp of redeeming itself in the eyes of conservationists after 70 years of fence-related wildlife deaths.

Now, not only can this new way forward allow wildlife to rebound, but a regional economy benefiting from both wildlife and livestock can do the same - if policy-makers can indeed move - beyond fences.