Do you know what kind of animal the mala, nabarlek, or boodie is? What about the monjon, northern bettong, or Gilbert’s potoroo?

If you answered that they are different species of kangaroo – the collective term for more than 50 species of Australian hopping marsupials – you’d be right. But you’d be in the minority.

Include nearby New Guinea, and the number of kangaroo species jumps to more than 70. Kangaroos are so diverse that they have been dubbed Australia’s most successful evolutionary product.

But sadly, not everyone is aware of this great diversity, so most kangaroo species remain obscure and unknown.

Read more: Bans on kangaroo products are a case of emotion trumping science

This is brought into sharp relief by a new movie that premieres nationally this week called Kangaroo: A Love-Hate Story. The filmmakers set out to expose the kangaroo industry, painting a picture of gruesome animal cruelty, an industry cloaked in secrecy, and the wholesale slaughter of an Australian icon.

The film, which includes brutal footage, also includes the claim that Australia’s kangaroos may be heading down the path of extinction.

The film has already screened in the United States and Europe to sold-out premieres, opening first in those places because they are important markets for kangaroo products.

But foreign audiences also probably know less about Australia’s major kangaroo species or the complexities of the kangaroo industry, and may perhaps be more easily swayed towards the filmmakers’ point of view.

Many US reviews have been positive about the film, although one review described it as “frustratingly one-sided”.

Most Australians, whatever their view on the kangaroo industry, would surely agree that if kangaroos are to be harvested, it should be done with minimal suffering. But are Australia’s kangaroos really at risk of extinction? 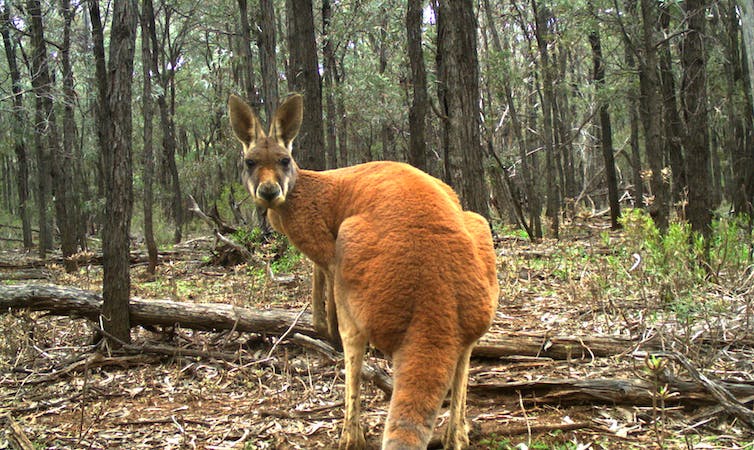 The iconic red kangaroo. Large kangaroos are typically widespread and secure, unlike many of their smaller cousins. Karl Vernes

On mainland Australia, four species are sustainably harvested, largely for their meat or fur: the eastern grey, western grey, common wallaroo, and Australia’s most famous icon (and largest marsupial), the red kangaroo.

The best scientific survey data, based on millions of square kilometres surveyed by aircraft each year, puts the combined number of these four kangaroo species currently at around 46 million animals.

This is a conservative estimate, because only the rangelands where kangaroos are subject to government-sanctioned harvest are surveyed. There is almost as much kangaroo habitat again that is not surveyed.

Of the estimated population, a quota of roughly 15% is set for the following year, of which barely a quarter is usually filled. Quotas are set and enforced by state governments, with the aim of sustaining population numbers.

The wildlife management community is pretty much unanimous that the four harvested species are widespread and abundant, and at no risk of extinction.

But what of the other forgotten 95% of kangaroo species? The conservation prognosis for these – especially the smaller ones under about 5.5kg in weight – is far less rosy.

The nabarlek – a small endangered rock wallaby from Australia’s northwest – has become so rare that its mainland population in the Kimberley seems to have disappeared. It is now only found on a few islands off the coast.

The boodie – a small burrowing species of bettong – was one of Australia’s most widespread mammals at the time of European arrival, but is extinct on the mainland and now found on just a few islands. 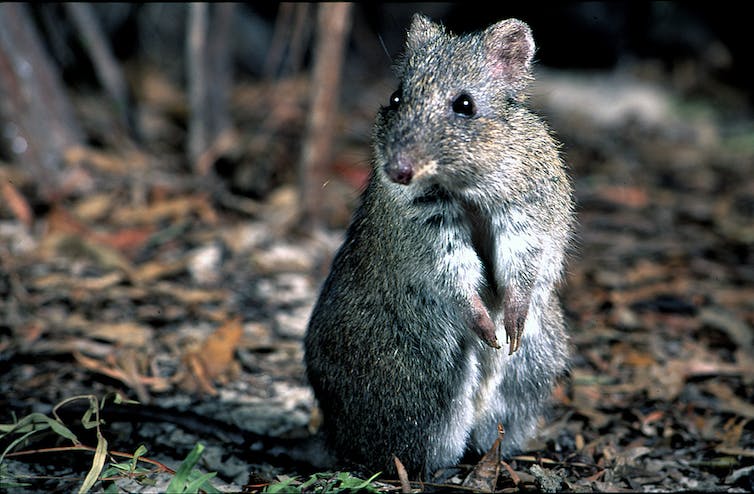 Gilbert’s potoroo holds the title of Australia’s most endangered mammal, clinging precariously to existence in the heathlands around Albany on Western Australia’s south coast. One intense wildfire could wipe out the species in the wild.

Meanwhile, if the alarming increasing impact of cats on our northern Australian wildlife continues, recent modelling suggests that the northern bettong – a diminutive kangaroo that weighs barely a kilogram – will disappear.

The list goes on: mala, bridled nail-tail wallaby, parma wallaby, woylie, banded hare-wallaby, long-footed potoroo, Proserpine rock-wallaby – all of these and more could slip to extinction right under our noses.

The culprits are the usual suspects: cats, foxes, land-use change – and our collective apathy and ignorance. Australia holds the title for the worst record of mammal extinctions in modern times, and kangaroos, unfortunately, contribute many species to that list. 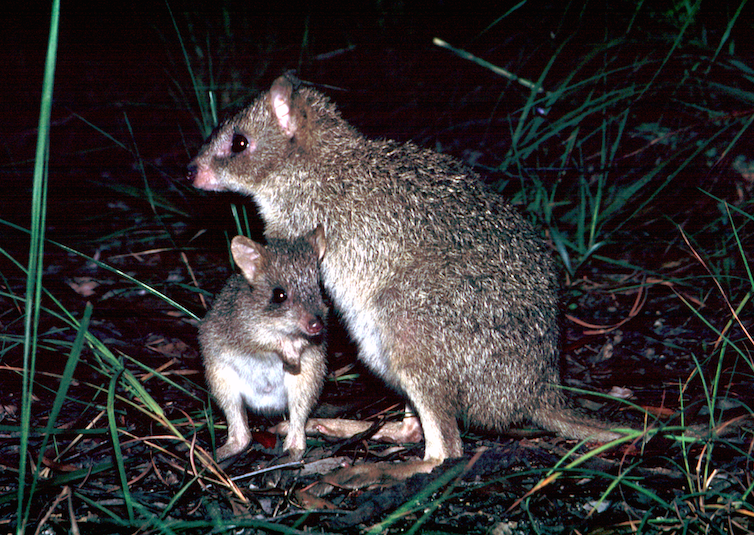 The theatrical trailer for Kangaroo: A Love-Hate Story’ features a voiceover from a concerned kangaroo activist, who says:

If Australians really knew what happens out there in the dark, they would be horrified.

Indeed they might. But it’s not just the treatment of the abundant big four kangaroos that are harvested (yet secure) that should attract attention.

If we also look at the other 95% of kangaroo species that need our urgent attention, we might just be able to do something about their dwindling numbers - and the real kangaroo extinction crisis - before it’s too late.