“Artworks”, wrote the philosopher Alva Noë, “direct our attention to the complexity of experience, a complexity that we can easily overlook”. This is a fitting description of a new exhibition at the 2018 Adelaide Festival in which the major focus is on Islamic identities in the Australian context.

Waqt al-tagheer: Time of change, curated by Abdul-Rahman Abdulla and Nur Shkembi, is the debut exhibition of eleven, a collective of Muslim Australian contemporary art practitioners living in different parts of the country.

The exhibition at ACE Open (South Australia’s premier contemporary art gallery) directs our attention to the diversity and versatility of Australian Islamic experiences – and to some commonalities. 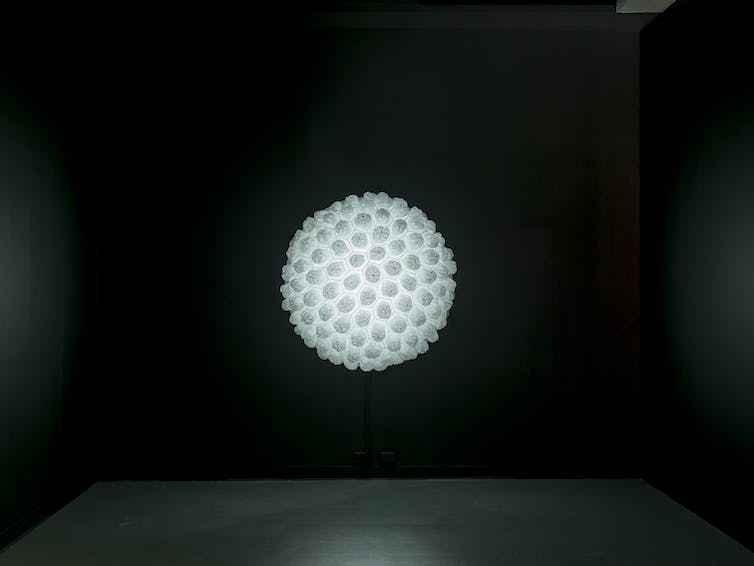 The beguiling works on display are grounded in the realities of the artists’ daily lives in contemporary Australia. From their individual standpoints, these artists tell it as it is. Such perspectives are infrequently seen or heard amidst the clattering “white noise” that often drowns out the voices and viewpoints of Muslim Australians.

Over the past couple of decades, western perceptions of Islam have resulted in people of that faith often being perceived as a single homogenous group and frequently stereotyped negatively.

Hoda Afshar’s digital photography installation from her Westoxicated series challenges such ideas. Her aesthetically flawless work cheekily parodies the ways in which some Australians regard veiled women as subjugated and miserable.

Her five works wittily undermine dominant media representations and the other ubiquitous iconography that inform the “western gaze” (that judgmental observation that adversely affects many veiled Islamic women).

At the same time, the visual vocabulary and imagery underpinning Afshar’s work depicts stereotypes of “western” women as seen on social media platforms such as Facebook and Instagram. Her unexpected juxtapositions disrupt expectations, thereby promoting a cognitive shift on the part of the viewer.

The woman in these works is depicted smoking while nursing her Jack Russell terrier, acting as a toy gun-wielding anarchist, heavily made up and displaying “vamp” eyebrows, and sporting cheesy Minnie Mouse ears (in which she is symbolically framed by a deep yellow setting, thus enhancing beautiful Islamic calligraphy crafted into interlocking geometric patterns). The artist’s playful seriousness means that this work speaks eloquently to every Australian woman at some level, offering a subversive counter-narrative to status-quo thinking. 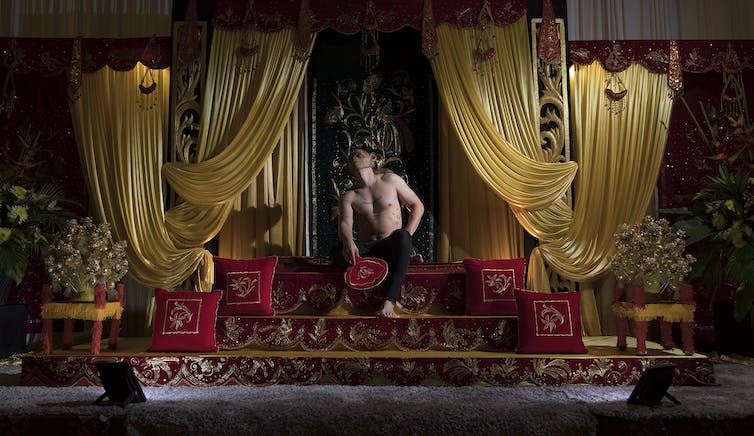 Abdul Abdullah’s visually striking work Journey to the West is heartbreaking in terms of its subject matter. An apparently tortured, martyred and lonely humanoid figure, wearing a simian mask (derived from Planet of the Apes) is depicted as residing in the midst of opulence. This operates as a metaphor for the promise migrants are offered to live the “good life” in Australia but who then have to face a starkly different reality in terms of lack of social acceptance and sometimes, isolation.

Abdullah’s Wedding diptych (comprising two works with the creepily Orwellian-type titles of Delegated Risk Management and Mutual Assurances) also offers platforms for the staging of identity, in the luxurious setting of weddings – a ritual with which many people are able to connect at some level.

But this is no scene of blissful union. In place of the archetypally happy smiling couple on their wedding day are two balaclava-clad figures. For viewers, this destabilises the images and acts to dehumanise (or even criminalise) these innocent couples on the supposedly happiest day of their lives.

In Delegated Risk Management the groom is absorbed with his mobile phone, oblivious to his new wife’s presence. These representations are as much commentaries on the increasing bureaucratic hegemony in Australian life generally and as such, like all works in this exhibition, should not simply be categorised as “Islamic art”. 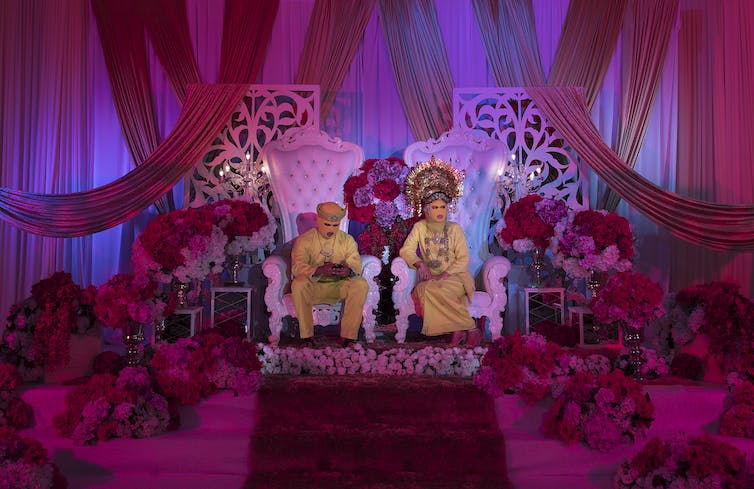 Adbullah’s work explores how individual, group, ethnic and even national identity involves an elaborate interplay of self-defined identity and Other-defined (or externally defined) identity. The tension that exists between these competing definitions means that identity sometimes becomes a site of struggle.

The eerie lighting and vibrant colour deployed brilliantly by Abdullah in these two archival prints are at odds with how the couples are represented – as quasi-terrorists.

As the Black British filmmaker and artist Isaac Julien and art historian Kobena Mercer (both of whom are also gay activists) have put it, it needs to be recognised that “politics always involves a struggle over representation”. This is certainly the case with many works on show in this exhibition.

Waqt al-tagheer: Time of change, reveals bounteous talent, as is evident in Abdullah M. I. Syed’s Aura II, comprised of hand-stitched white crocheted prayer caps (topi). Displayed against a background of total darkness, the luminous beauty of this work shines out, guiding one’s entry into the inner chambers of the gallery. 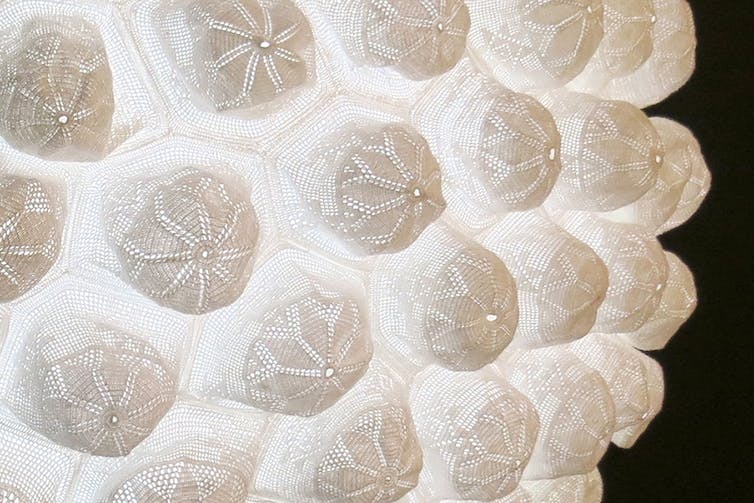 It is clear from this exhibition that Muslim Australians often carry a heavy burden in their struggles over how they are represented. This alone makes Waqt al-tagheer an important exhibition, but ultimately it is the contemporary relevance of its curatorial premise, the high calibre of the artworks, and their conceptual bases that ought to bring audiences flocking to see it during the Adelaide Festival and beyond.