Wouldn’t it be wonderful if we could bring back a deceased loved one? Such ideas used to be pure science fiction, but recent advances in biotechnology seem to have brought this possibility within reach (at least for the wealthy).

When American singer-actress Barbra Streisand lost her beloved dog Sammie last year, she decided to have her cloned. She’s now raising Miss Scarlet and Miss Violet, both of whom are exact genetic replicas of Sammie. (You’ll be glad to know that any pet owner can do the same: for a mere US$100,000 or so, you too could have a genetic replica of your favourite cat or dog.)

But Miss Scarlett and Miss Violet almost certainly won’t turn out to be identical, mini versions of Sammie.

Research on cloning started in the 1960s, when British biologist John Gurdon showed that a frog egg’s nucleus (which contains the DNA) could be swapped for another nucleus extracted from an intestinal cell, and that such eggs could develop into tadpoles. This technique makes it possible to create individuals that share every single one of the thousands of genes in the original genome. By comparison, you share only about 50% of your genes with your mother.

The same nucleus-swapping technique can be used with mammals. In 1996, Dolly the sheep became the first cloned mammal, and today the technology is available to clone a human being – if we wanted to.

But what does it actually mean to be cloned? And can it bring back Sammie? 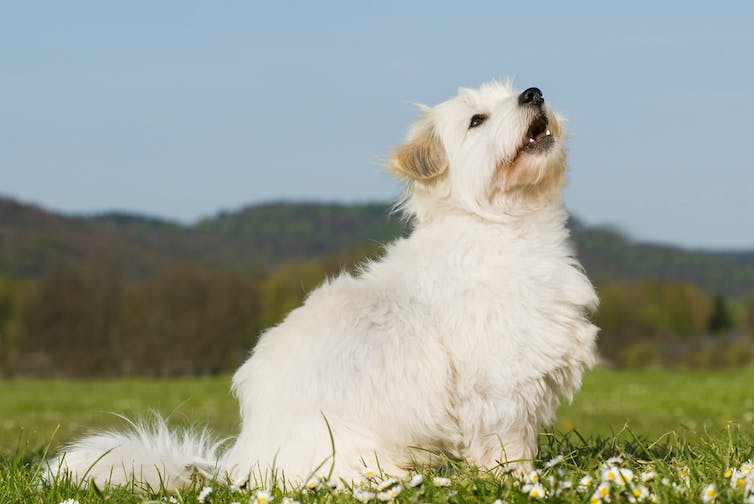 Streisand’s dogs are the Coton de Tulear breed, known for a cotton-like coat. from www.shutterstock.com

Popular culture is permeated by the belief that the features of a plant or animal (including a human being) are fully determined by its genes. Newspaper articles regularly announce the (often dubious) discovery of a “gene for” some physical feature or personality trait. So it’s hardly surprising that the production of exact genetic replicas through cloning is seen as a way to recreate individuals with all their features intact. That’s certainly how it works in the movies.

The reality is far more complicated.

In a recent interview with Variety, Streisand noted that Miss Scarlet and Miss Violet “have different personalities” and “I’m waiting for them to get older so I can see if they have {Sammie’s} brown eyes and her seriousness”.

Streisand’s observations are consistent with evidence that human identical twins (who also share all their genes) often diverge markedly in personality, health and even physical features.

How could genetically identical individuals have different features?

The answer is that genes are not the whole story. Scientists have long been aware that environmental factors also play an important role in shaping an individual’s development and adult traits. Such developmental responses to environment are called plasticity. 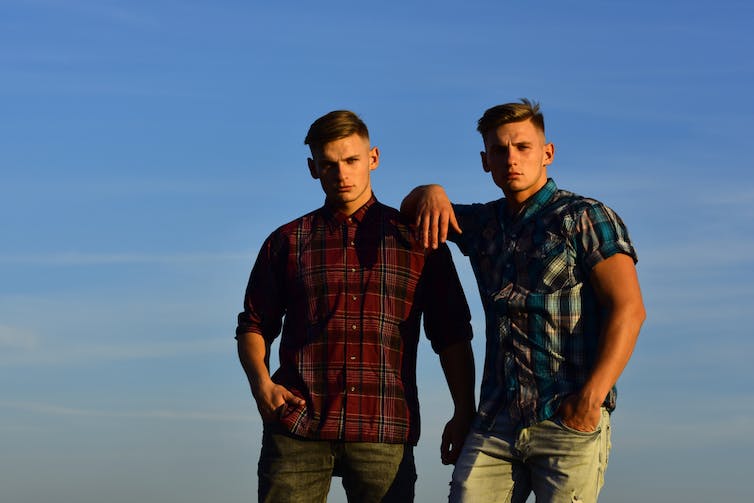 Yes, identical twins have the same genes – but the environments they experience are different. from www.shutterstock.com

Over the past two decades, biologists have learned a great deal about how plasticity works at the molecular and cellular level. It turns out that many features are shaped by epigenetic factors – molecules that are associated with the DNA (examples include methyl-groups and small RNAs), and structural features of chromosomes (such as how tightly the DNA is bound up).

Epigenetic factors function like on/off (or dimmer) switches for genes throughout the genome. Environmental factors, such as diet, stress and even social interactions, can flip those switches.

Some of these environmental effects can occur in the womb, which is why maternal malnutrition, smoking and drinking can have such dire consequences for children. Of course, development after birth is also affected by factors such as diet and interactions with parents, siblings or other individuals.

We still don’t know a lot

Intriguingly, there is now a great deal of evidence that some epigenetic factors, and other factors that are also influenced by the environment, can be passed down to children, and sometimes grandchildren and beyond. In other words, some of your traits may be determined by environmental switches that were flipped in your parents’ eggs or sperm even before you were conceived, or even flipped in your more remote ancestors. Such nongenetic inheritance is becoming an important area of research in the health sciences as well as evolutionary ecology.

What this means is that Miss Scarlet and Miss Violet will surely differ from Sammie in many traits, despite having a genome identical to hers. They developed from different eggs (which brings a range of differing factors), were carried inside a different womb to the one Sammie grew in, and were raised by a different mother. They had different experiences and social interactions. Their personalities and physical features bear the imprint of all these prenatal and postnatal factors.

So, sad to say, cloning will not bring back Sammie, nor your own beloved pet. But, on the bright side, this also means that all of us, identical twins included, are truly unique and irreproducible individuals.