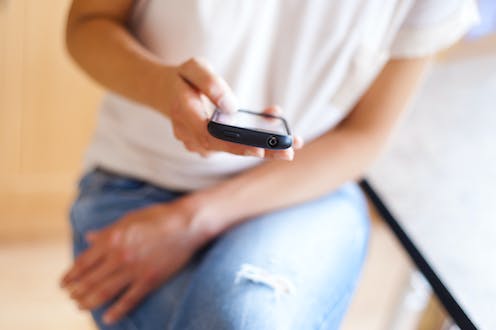 New research on sexting published today in JAMA Pediatrics finds that sexting has increased among teens in recent years, and increases as youths age.

An estimated one in seven teens send sexts and one in four receive them, according to the research.

The paper reviews 39 studies conducted between 1990 to 2016 involving more than 110,000 participants. Two studies took place in Australia, and others in countries including the United States, Korea and South Africa.

Researchers examined the prevalence of multiple forms of sexting behaviour according to age, sex, geography, and method of sexting.

A key finding of the study is that:

Sexting is becoming a more common practice among youth; therefore, age-specific information on sexting and its potential consequences should regularly be provided as a component of sex education.

I agree that sexting should be a part of sexuality education. But who is educating teachers about how to teach about sexting? And is there enough focus on whether sexting can be good for teens who are just beginning to explore their sexuality?

Sexuality education receives very little attention in teacher education courses and can often slip off agenda entirely because of the crowded curriculum.

Feedback from students tells us that there is too much repetition in sexuality education, with a lot of focus on biology and respect, but little discussion of the role of pleasure and how to negotiate sexual relationships.

We know that young Australians are sexting, but local research shows that young people are predominantly sexting within the contexts of an intimate relationship. Today’s research found that 12% of participants had forwarded sexts without consent, however the majority of the time sexting is a consensual activity.

Read more: Sexting: a modern 'crime' that could be on a child’s police record for life

Teachers should also be aware that in digital spaces, young women aged 18–19 years old are more likely to encounter degrading comments about their gender, sexual harassment and unwanted sexual requests, according to a recent Australian survey.

We don’t have the full picture

Online samples could over-report the incidence of sexting because young people who aren’t sexting also aren’t likely to participate in online surveys about sexting.

Read more: How sexting is creating a safe space for curious millennials

Teens taking sex ed into their own hands

Since schools and parents can be poor at sexuality education, young people may indeed be in the best position to educate themselves and one another about sexuality – including sexting.

In the age of #metoo we increasingly see young people taking education about sexuality and sexual harassment into their own hands. Young women are responding to online sexual harassment in ways that poke fun at their harassers, but these tactics are not without consequences.

For example, Anna Gensler is a an illustrator who posted satirical illustrations on Instagram calling out sexual harassment she encountered online. As a consequence, she became the target of a stalker.

In Australia and the UK, researchers have urged the need for more public conversations about social media as spaces of courtship and sexual exchange for youth beyond boundaries of the schoolyard.

With my colleague Louisa Allen, I have argued that sexuality education needs to focus much more helping young people to imagine and participate in conversations and related to sexuality, both within and outside the school context. It seems that the authors of the review published today concur with us on this point.

We should be encouraging young people to think about the etiquette of sexting and why young women often experience more harm as a result of it.

The answer is not to tell young people that they should not sext, but rather to engage them in thinking, with each other, about sexting as part of the broader negotiation of intimate relationships.