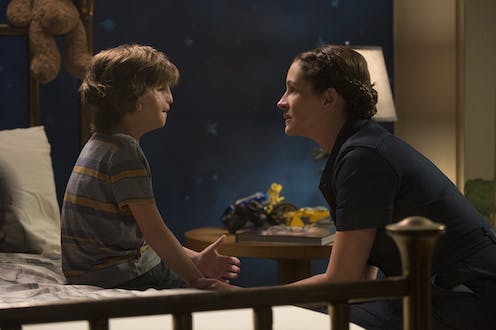 The recently released film Wonder is based on the true story of Auggie, a boy born with a severe facial deformity. The film picks up at the point where Auggie, having been home-schooled by his mother, attends a...

The recently released film Wonder is based on the true story of Auggie, a boy born with a severe facial deformity. The film picks up at the point where Auggie, having been home-schooled by his mother, attends a regular school for the first time and must negotiate the varied reactions – not just of his new peers, but of their parents and the other adults.

Auggie was born with Treacher Collins syndrome, a genetic disorder that affects the development of the skull, jaw and cheekbones and causes facial defects and hearing loss. People can be born with facial differences, or they can be acquired through trauma, burns or treatment of facial tumours.

Either way, these differences can have as big an impact on life as loss of a limb or a chronic illness. People often associate plastic surgery with enhancement of beauty, but a more common aim, especially for surgeons who work with children, is to restore facial appearance to the point where a normal life becomes possible.

Auggie has had 27 surgeries to help him see and breathe.

Much more than just a loss of attractiveness, a facial defect affects every aspect of daily life, because faces are so important to us as social beings. And yet, despite significant challenges, children with facial difference tend to score better on perceptions of body image than their “normal” counterparts.

By studying how people with facial difference overcome their challenges, we may not only find ways to help other such children, but also learn how to help all young people be comfortable with how they look and who they are.

Read more: Why we don't know what causes most birth defects

The wonder of faces

Try to draw someone’s face. Unless you’re a skilled artist, it’ll be difficult to produce an image that actually looks like that person.

This is because within the very narrow parameters of facial features (eyes, a nose, a mouth) faces are so different we expect to be able to recognise a particular face in a crowd, possibly having seen it only once and from a different angle. With more than 7 billion people in this world, it’s truly extraordinary that everyone’s face is unique.

It’s very difficult to capture another person’s face in a drawing, because of the nuances of human perception. from shutterstock.com

Of course it’s not the face itself that’s extraordinary, but our ability to perceive it. We are programmed to effortlessly identify the most subtle differences between faces in a way we are not for other shapes or body parts.

This is one reason why, despite all the advances in plastic surgery in the last century, from microsurgery to face transplantation, our surgical efforts to reconstruct faces still sometimes appear inadequate.

Our sensitivity to subtle differences in facial appearance contributes to the challenges people like Auggie face each day. Faces are the primary means through which we navigate the many minor social exchanges of daily life.

Studies show that, in casual interactions, people tend to have certain responses to those with a facial difference, such as standing further away, or to the side. These changes are subtle, but full of social meaning.

A more pervasive problem is unwanted attention in public spaces, from rude and intrusive comments to invasive curiosity. In Wonder, when Auggie first walks across a busy schoolyard, conversation stops as faces turn to him. Psychologist Frances MacGregor has elegantly described this unique problem faced by people with a visible difference:

The ‘civil inattention’ that is normally conferred by strangers on one another and that makes it possible to move anonymously and unhindered in public spaces is a right and a privilege most longed for by facially disfigured people who […] are victims of intrusions and invasions of privacy, against which they have little or no protection.

Given the challenges of looking different, and the important role of the face in identity, it might be expected adolescents with facial difference would score poorly on measures of body image and well-being.

However, research done in the UK has shown when a standard body image questionnaire was administered to adolescents with cleft lip and palate or a craniofacial condition like Auggie, those with facial difference actually scored, on average, better on some measures of body image than their “normal” counterparts. 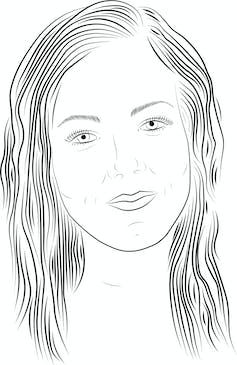 Children with a cleft palate generally score higher on body image tests than those who have ‘normal’ faces. from shutterstock.com

There may be several reasons for this. Studies consistently find that the severity of a visible difference is a poor predictor of its psychological impact. Much more important is the quality of a person’s social skills. People with facial difference often develop strategies for smoothing over social awkwardness, such as ways of introducing the issue into conversation early and quickly moving on, or using humour to deflect attention.

Better body image scores may reflect greater social maturity and a comfort in their own skin, which adolescents who have not had to face such problems have not yet achieved.

On the flip side, children without a visible difference don’t score as well on body image measures as children who actually do. This and a wealth of other research indicates that, in the age of social media, selfies and consumer culture, we’re facing a rise in body image dissatisfaction.

Read more: Social media can damage body image – here's how to counteract it

Australian teenagers consistently rate body image as one of their greatest concerns in life – above bullying, drugs and a range of problems that might be thought more important.

Body dissatisfaction is a key risk factor for eating disorders, and a key symptom of a condition known as body dysmorphic disorder (BDD). People with BDD develop obsessive concerns with particular aspects of their appearance, including features others perceive as normal.

They often seek surgery to correct their perceived problems and, not surprisingly, are rarely satisfied with the outcome. They can undergo multiple cosmetic operations, often from a series of different surgeons, before their condition is recognised. Plastic surgeons have anecdotally reported seeing increasing numbers of young people seeking cosmetic procedures.

Read more: Body dysmorphic disorder and cosmetic surgery: are surgeons too quick to nip and tuck?

An important and unanswered question concerning BDD is whether it’s an isolated condition or one extreme of a spectrum of behaviour. Body dissatisfaction in young people could have serious consequences for their mental and physical health.

Researchers will now focus on how children and adolescents cope with facial and other differences, and how the knowledge gained can be applied to help others with a facial difference. This will inform ways to better educate young people to feel better about how they look.