A higher ideal, despite failures along the way

Democracy is always being pronounced dead by those who are trying to kill it. Perhaps because it has tended toward ambitious claims of its origins and possibilities, democracy is held to higher and often different standards from other models of governance.

Democracy certainly has its instances of disastrous decisions – from supporting the Sicilian Expedition to our current problem of citizens wanting lower taxes and more expensive services.

In this regard, however, it’s no different from any other form of government: oligarchy, monarchy, fascism and rule by the market all have their disastrous wars, unwise economic policies, and even outright genocides.

Many critics argue that democracy is an inherently flawed system because “the citizenry” is not actually very good at making decisions. And, granted, the empirical research does show that voters tend to make decisions largely on the basis of identification, short-term gain, politicians’ charisma, and factionalism.

Voters are prone to such cognitive biases as false binaries, the availability heuristic, in-group favouritism, confirmation bias, just world hypothesis, naïve realism, and others. In other words, citizens are only human.

And that is ultimately the point. Humans are prone to cognitive biases. There is no governmental system immune to bad decisions, no set of experts with the judgement of angels, because human government is necessarily one run by humans.

Democracies rarely live up to the ideals of democracy, and so democracy remains an aspiration, but it is a normative one, in which our inevitable failure inspires us to try better.

News of democracy’s demise has been greatly exaggerated. Academic measures show at worst small declines in the level of democracy in the world in the last decade.

The constitutional documents of almost every country proclaim their democratic character, and few governments wish to be thought undemocratic. Peoples throughout the world demand democracy, and pro-democracy feeling is high even in the most unlikely places.

With some very minor exceptions, as historian John Dunn has noted, the word “democracy” has come to symbolise the only legitimate political system in most languages.

Yet, despite its apparent triumph, democracy’s meaning remains disputed and disappointments with its reality are keenly felt.

The standard view of liberal democracy, with its emphasis on electoral institutions, checks and balances and individual rights, has been challenged both by illiberal populists, claiming to speak more clearly on behalf of “The People”, and by conceptions of technocratic management reinvigorated by the apparent successes of a Chinese model that still officially wishes to be called “the people’s democratic dictatorship”. 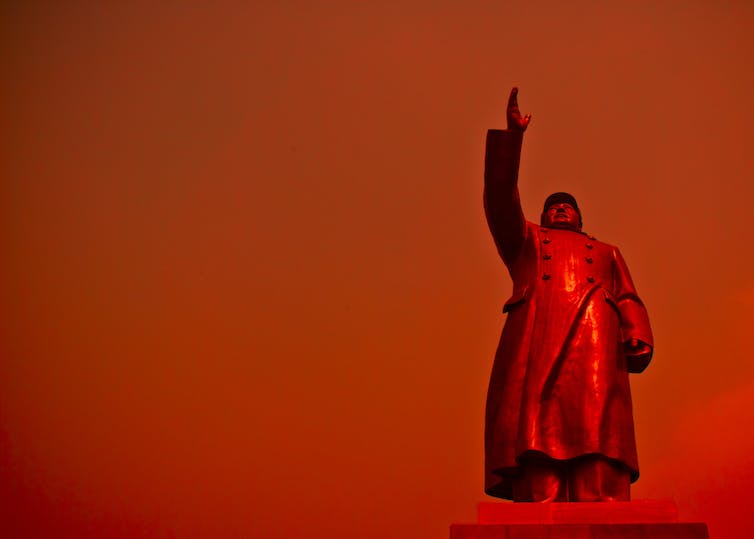 Under Xi Jinping, China now has a day to celebrate a constitution that sets down the principle of ‘the people’s democratic dictatorship’. HKmPUA/flickr, CC BY-NC-SA

The contemporary high esteem for the vague idea of democracy and surprisingly low esteem for actually existing democracies suggests the source of the problem. Since the basic values of democracy – equality, freedom and consent, among others – have often been in conflict with existing hierarchies of power, prestige and knowledge, it is no wonder that existing democracies so often produce disappointment.

Nevertheless, democracy’s values are also alluring; it is telling that today few who wish to condemn the failures of democracy do so in the name of anything other than democracy.

Governing ourselves is hard work

Democracy has never been the “only game in town”, just better than others in terms of offering ordinary citizens more chance or hope of having some say in the decisions that affect them.

No country has ever lived up to the ideal of the people truly governing themselves. Attempts to realise this ideal could only be measured by different degrees to which ordinary citizens have influenced political outcomes and achieved self-government in their daily lives.

It is not democracy, but rather the imperfect mechanisms for achieving it that are failing in the face of today’s challenges. Instead of jettisoning one ideology (which is unfortunately what democracy has come to mean for many) for other more dangerous alternatives, it is up to every one of us to realise that, for self-preservation, we must try even harder to find some way to prevent others from dictating how the world and our lives will turn out.

We need more, not less, democracy. But democracy cannot be forced on another, nor can it be handed over as a free gift. Unless people want and are willing to put in the effort to govern themselves, democracy has no hope.

At risk of losing its meaning

China is now in position to redefine democracy for the region, taking ownership and reshaping the term in its own, more authoritarian image.

If Mitter is correct, the real issue seems to be not so much about the dying of democracy but whether the world will accept China’s redefinition of democracy with fewer liberal elements.

China is sceptical of liberal democracy as it cannot guarantee political stability and harmony. Adam Przeworski’s famous definition of democracy as institutionalised uncertainty is what China seeks to avoid.

At the core of so-called “Chinese-style democracy”, such an institutionalised possibility of unforeseen outcomes is not embraced. People, or at least leaders, want to know not only what is possible, but also what will happen. This explains why China is keen on restricting domains for certain assurance of outcomes – from the list of candidates screened for elections to the varieties of opinions censored in everyday life.

Does this redefinition make democracy a sham? To a large extent, yes. How popular is it going to be? It’s hard to say. But if people are so frustrated by the outrageous outcomes of democratic uncertainty, some may be tempted by the seemingly more assured alternatives.

What we need to recognise is that these alternatives come in the name of democracy and not authoritarianism.

In the future, we might not witness the death of democracy but rather the discursive struggles over its different definitions and redefinitions, over its mutation into something different. 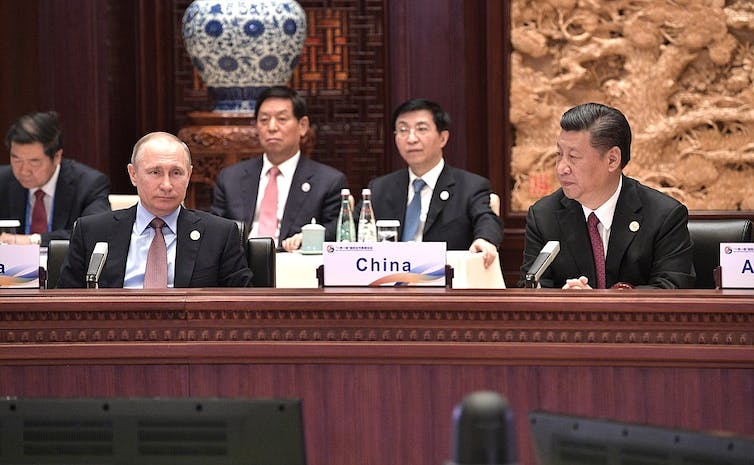 Russia’s Vladimir Putin and China’s Xi Jinping both espouse their own versions of democracy. President of Russia

Where do democrats find common ground?

Talking about the “crisis of democracy” is consubstantial with democracy itself. Representative democracy in particular, as Bernard Manin argues, is built on elections that are simultaneously aristocratic and democratic, egalitarian and inegalitarian.

As such, pessimism about representative democracy has always existed. What is new is the renewed intellectual and political controversy about what democracy is and what it should achieve. This is creating a sense of emergency to “reform” democracy.

Around the second world war, the dominant Western definition of democracy, embodied for instance by Josef Schumpeter, was fairly monolithic: democracy revolved around elections, which are organised to choose between political parties alternating in power, with relatively uninformed and deferent citizens.

Today the picture is blurrier: traditionally dominant parties in so-called consolidated democracies are paddling in troubled waters. Some are at risk of disappearing altogether.

Elections are less and less seen as the cornerstone of democracy. Instead we are seeing the multiplication of groups challenging representation and proposing mechanisms that attempt to go beyond elections.

Citizens also no longer share a unified, uncritical and enthusiastic vision of democracy. A substantial share of them actually show little commitment to the democratic regimen.

Concurrently, multiple and often contradictory versions of democracy have come to the forefront in public and intellectual debates: participatory democracy, stealth democracy, advocacy democracy, direct democracy, output-oriented democracy, deliberative democracy, and so on.

A huge question remains unanswered: can traditional “representative” democracy be combined with new forms of democracy without creating more ambiguity about what democracy actually is?

Crisis is also an opportunity to revitalise

Democracy in the US is in the midst of a crisis, but perhaps not in the way that many might think. Our current democratic crisis is both worse and better than it may seem.

The crisis of American democracy is not so much one of a blatant collapse into open authoritarianism; rather, the crisis arises from a deeper, in some ways more systemic, failure.

Democracy as a moral ideal involves two dimensions: the negative value of anti-domination – resisting the concentration of arbitrary power, in individual private or public actors, or in diffuse systems like the market itself – and the positive value of agency – expanding our collective capacities for self-government. Along both of these dimensions, modern democracy is in crisis.

Our democracies have failed to protect their communities from the problem of domination, whether in the form of concentrated private power from too-big-to-fail finance or new corporate titans, or in the form of the diffused inequities of contemporary capitalism and subordination of different communities.

At the same time, however, crises are moments of reinvention. The economic and political upheavals of the current moment offer a very real opportunity to reinvent and renew democracy’s promise.

It is out of such moments of crisis that radically democratising movements and institutional transformations in US history have taken place: Radical Reconstruction following the Civil War; the New Deal following the Great Depression; the civil rights movement following Jim Crow.

Such revitalisation is not a foregone conclusion. But a wide range of social movements are leading the charge for a more inclusive, equitable, multiracial democratic order. Whether we can achieve this remains to be seen.

You can read parts 1 and 2 of the series here and here.