A government bill, currently before a Senate inquiry, aims to simplify the process for advertising medicines. These include over-the-counter products such as Nurofen, and complementary medicines such as vitamins, herbals and homeopathic products. Advertising for prescription medication is not permitted in Australia.

If the bill passes, the current limited (but useful) process of pre-approving claims made in advertisements for medicines, to ensure they don’t mislead or deceive consumers, will be abandoned. This means advertisements are seen by two industry bodies before they are published or aired. Where problems are found, the bodies work with the advertiser to ensure compliance.

The government has argued removing the pre-approval process won’t put consumers at risk because other measures in the bill would compensate. These include greater surveillance when the product is on the market and increased penalties for regulatory violations. But civil society groups want pre-approval to continue until these other measures have shown it’s no longer necessary.

What is the current process for advertising?

Advertisements for therapeutic goods directed at consumers must comply with the national Therapeutic Goods Advertising Code 2015. The object of the code is to ensure the marketing and advertising of therapeutic goods is conducted in a socially responsible manner that promotes their quality and safe use, and doesn’t mislead or deceive the consumer.

There are several other relevant laws and regulations. For example, Section 22(5) of the Therapeutic Goods Act 1989 specifies advertising of a therapeutic good can only refer to indications or product claims that are included in the Australian Register of Therapeutic Goods (ARTG). This is an electronic register on which information is entered by the manufacturer without oversight from the Therapeutic Goods Administration (TGA).

Manufacturers have worked around this provision by placing creative indications and claims on their ARTG entry, so they can make equally creative advertising claims. 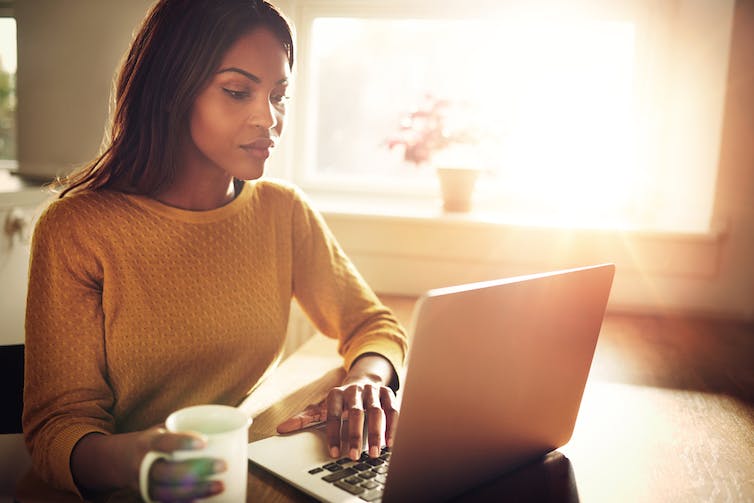 Pre-approval is only required for advertisements for medicines mainly in print, radio and TV – but not the Internet. from shutterstock.com

The responsibility for authorising pre-approval has been delegated by the TGA to the advertising service managers of two industry associations: Australian Self Medication Industry (ASMI) and Complementary Medicines Australia (CMA).

The assessments don’t usually extend to a detailed evaluation of the evidence used to support claims of efficacy, because of lack of time. Thus, pre-approval of an advertisement by one of the responsible industry bodies is not a guarantee the advertisement is compliant with all the requirements of the advertising framework.

Nurofen’s “specific pain range” is a good example of misleading claims that apparently slipped through the pre-approval system. The products were on sale and advertised as targeting specifics types of pain (like migraine and backache), when they in fact contained the same ingredient.

Pre-approval is only required for advertisements for medicines (but not medical devices) in specified media – mainly print, radio and TV – but not the Internet. This is a problem, as it means the process has not kept up with current advertising trends.

Pre-approval the only defence

Removing pre-approval is a reduction in red tape as part of government policy, and was a trade-off for industry accepting greater post-market surveillance and increased penalties and sanctions for regulatory violations. The bill also includes a controversial list of permitted indications, which was meant to limit the industry’s ability to make creative claims about their products’ effectiveness.

Read more: New complementary medicine health claims lack evidence, so why are they even on the table?

The pre-approval process is a form of weak co-regulation in a sector where some businesses can game the system. But it does give vendors, publishers and broadcasters some certainty about what is acceptable. Importantly, it seeks to prevent seriously harmful ads going live. It’s preferable to prevent harm from occurring than trying to remedy that harm after the fact.

Pre-approval is the only defence against seriously misleading advertisements appearing on prime-time television or in national newspapers. The current process reviews over 2,000 advertisements per year, with an average turnaround time of seven days. Most require changes, sometimes wholesale revisions.

The complaint system takes a long time to remove bad advertisements. Meanwhile, the damage has been done. It is also more economically efficient, given fraudulent therapeutic claims create unnecessary health expenditure and divert scarce health resources from remedies that work to ones that don’t.

The bill comes with a proposal from government for a three-year independent review. Consumer groups argue continuing the pre-approval process until this review would provide a good performance indicator to judge whether the new advertising system is better than the old one. One would expect the number of pre-approved advertisements requiring revision to fall if other measures in the package are successful.

Submissions to the Senate inquiry into the bill have emphasised policy-making on the basis of solid data rather than industry self-interest. The Senate is due to report on the legislation on February 2.