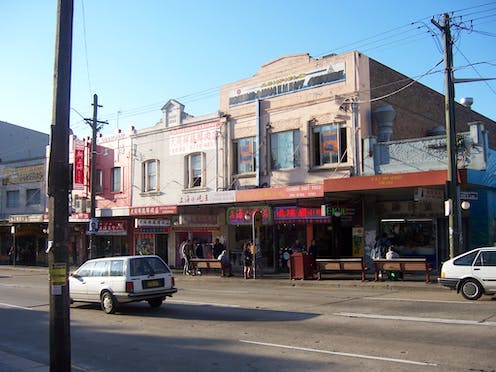 In modern Australia, trust sometimes seems to be a short supply. But our research shows there may be some cause for optimism.

While trust dropped in ethnically diverse communities after the Cronulla riots in 2005, it has since increased – approaching the level it was before the event.

Our research looked at data from the Household, Income and Labour Dynamics (HILDA) survey on trust, in which people were asked to mark how much they agreed with the statement:

Generally speaking, most people can be trusted.

We grouped the responses into those who were “trusting” and “not trusting”, based on the seven scales of trust available in the survey. In Sydney in 2005, there was no difference in the levels of trust between people living in ethnically diverse areas and other areas of the city.

Read more: Ten years on from the Cronulla riots, how much has really changed?

The largest areas identified as ethnically diverse in New South Wales are in the same geographical proximity to Cronulla. As a result, they were likely to be negatively impacted by the riot.

There are various factors can affect trust in these areas, such as economic situations, educational standards, and type of employment.

Read more: The tragi-comedy Down Under appropriates Cronulla rather than offering insight

Sydney’s west – around Auburn, Parramatta, Liverpool, Canterbury and Bankstown – had the highest concentration of ethnic minorities in both 2006 and 2011. These areas also have a relatively large proportion of people who speak languages other than English at home.

People in these suburbs identified their ancestry as Chinese (13.7%), English (10.8%), and Lebanese (8%) respectively. However, the highest proportion of people still identify themselves as having Australian ancestry (13.8%).

Of the various factors that can affect trust in these communities, socioeconomic factors have the greatest impact. This means any moves to improve trust between people in these communities should include improvements in income, education, and employment in skilled occupations.

Aside from the socioeconomic factors, closing social distances is crucial to maintaining trust among communities. This would require all groups to engage positively with one another, including online.

Local government can play an active role in this by tackling any disenchantment swiftly, as well as by maintaining communication with all groups in the community.

For example, NSW police’s engagement with the community has improved considerably since the Cronulla riot, as has its level of readiness for such an event. The fruit of this improvement can be seen in the way community leaders responded to the 2012 Hyde Park incident, when they immediately condemned the violence.

This result indicates that people from areas with high levels of migrants are still willing to engage with the society around them. And, according to the HILDA data, there is a reasonable level of trust in this area compared to outside the area in both 2005 and 2010.

Mostly, our research shows that the propensity to trust is dynamic, and can be affected by an event such as the Cronulla riots. So, maintaining the levels of trust between people in various communities will always be crucial for those in charge to maintain social cohesion.