Summer has arrived, and with it, soaring energy bills. Australian households are paying more for their power as generators struggle to meet consumer demand.

We blast our air conditioners to stay cool, and put on that old fridge for the Christmas drinks, both of which are likely to blow out our electricity bill.

But while we wait for the situation to improve, there is something you can do to help save money in the meantime: play games.

There is growing evidence that “serious” mobile phone games (games designed for purposes other than entertainment) can help households become more energy-efficient.

Reduce Your Juice offers three such games. Reduce Your Juice is part of a digital social marketing program developed by CitySmart, Queensland University of Technology and BCM partnership to help low-income earners keep their bills down.

The program features three mini-games that encourage the top three energy-efficient behaviours around the home: turning down air conditioners, using cool water for laundry, and switching off appliances when not in use.

The Reduce Your Juice app and campaign combines gameplay, tips, videos and a Facebook community to encourage the whole family to think about energy efficiency. The aim is for behaviours that are encouraged in the game to translate into real life and deliver changes in energy use behaviour around the home.

The first mini-game is called Temperature Defender, and is inspired by Space Invaders. It challenges players to keep room temperature (in the game) at 24℃ using a combination of fans and air conditioners. The key message is that using fans in combination with air conditioners is more energy-efficient.

One for the fans.

The second game, called Fully Loaded, targets water temperature for washing clothes. The challenge is to pick up cool items rather than hot ones, and the key message is that using cold rather than hot water for laundry will save users big bucks.

Power Raid is the third game, inspired by the arcade game Whac-A-Mole. It challenges players to keep their “juice use” low by turning off all the switches as fast as possible. The message here is that many appliances draw power even in standby mode, and that extra appliance such as drinks fridges should be turned off when not in use. 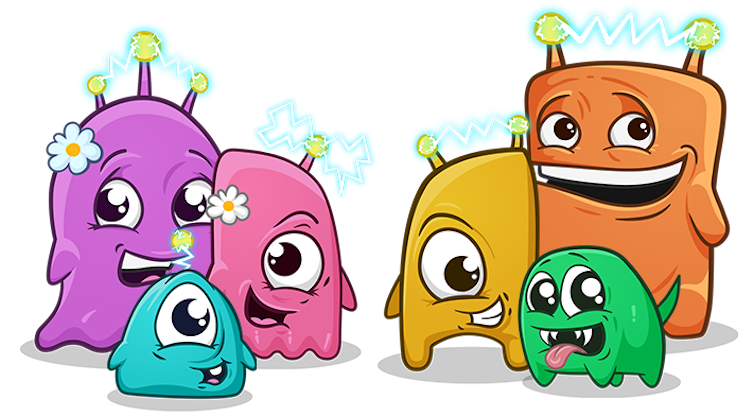 The Watt family, stars of Reduce Your Juice. Author provided

How do games change behaviour?

Games stimulate the release of “feelgood” hormones such as dopamine and serotonin in the brain. These hormones reinforce the behaviour and make us want to do it again. Serotonin also improves memory by linking to positive emotions. This, in theory, means that if we enjoy playing a game we are more likely to remember the tips and information learnt in the game when doing those behaviours in the real world too.

So why is a mobile phone game a useful way to deliver energy efficiency messages compared to television advertising? Research on healthy eating campaigns suggests that passively consumed information doesn’t really change behaviour, but when people interact with a product or service (such as a game) they are more engaged.

Consumers are turning away from watching television and increasingly use mobile devices. So mobile games can potentially be an effective substitute for traditional media channels.

Our interviews with families who played Reduce Your Juice showed that the game stimulated family conversations and increased motivation to be energy-efficient. Parents said that the games educated their children in an entertaining way about the importance of saving energy. Players also said that rather than being told directly what to do, the game raised the topic of saving energy in an enjoyable and positive way.

So can games really save you money?

So much for “family conversations” – what about cold hard cash? Well yes, the results show that games can indeed change behaviour, reduce energy use, and save households money.

The final federal report for the Reduce Your Juice campaign showed that participants, on average, had:

Finally, from an economic viability perspective, the cost per 10,000 participants in the Reduce Your Juice campaign would deliver A$2.02 for every dollar invested.. This outcome is based on the cost of running the free program for 10,000 participants of A$12.8m with forecasted energy efficiency benefits of A$25m. So a program like Reduce Your Juice makes environmental, social and financial sense for government.

This puts a strong economic case for future government investment in such approaches to tackling rising energy bills and encouraging Australian households to become more energy-efficient.

Read more: Pokécology: people will never put down their phones, but games can get them focused on nature

We are now exploring with energy retailers the possibility of offering Reduce Your Juice as a tool to help their customers. So stay tuned or ask your retailer about the program.

Meanwhile, we hope that both you and your house manage to stay cool this summer.

The Reduce Your Juice games are available for free on iTunes and Google Play.