“Blue zones” are areas of the world where people live considerably longer lives. On these territories we can find octogenarians, nonagenarians and many centenarians, and even some supercentenarians (people who have reached the age of 110).

These regions were named “blue zones” after the Belgian demographer Michel Poulain and the Italian doctor Gianni Pes discovered a population with such features in the region of Barbaglia (Sardinia, Italy), and they marked out the area with blue ink.

A demographic study carried out at the beginning of this century showed that one out of 196 people who were born between 1880 and 1990 reached the age of 100 years old.

Later on, the American researcher Dan Buettner embarked on a project aimed at identifying other areas with high longevity rates. He found four additional regions. These were also named “blue zones”: Okinawa (Japan), Icaria (Greece), Loma Linda (California) and Nicoya Peninsula (Costa Rica). In all these territories there is a high proportion of long-lived people, and each area is characterised by specific features which relate to that condition. 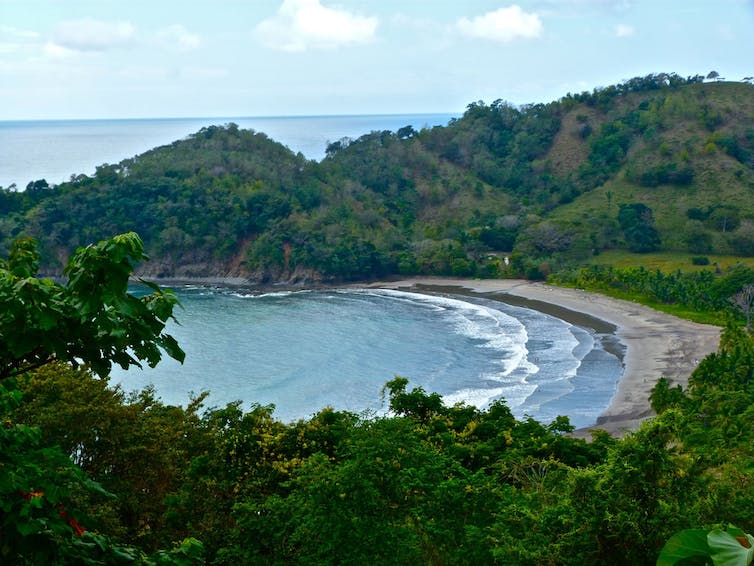 Costa Rica’s Nicoya Peninsula is home to the second-largest community of centenarians in the world. Marissa Strniste/Flickr, CC BY

In the region of Barbaglia, located in the Sardinian mountain area, there is the world’s largest concentration of centenarians. Okinawa Island is inhabited by the oldest women on Earth. Icaria – an island which is located in the Aegean Sea – has the long-lived population with the lowest senile dementia levels. Loma Linda is home to a community of Seventh-day Adventists whose life expectancy is 10 years over the average lifespan in the United States. And in Nicoya we can find the second-largest community of centenarians in the world.

What is the secret behind this great longevity; the mystery of the blue zones, where so many centenarians live?

A team composed of several specialists (doctors, anthropologists, demographers, nutritionists, epidemiologists) – and led by Dan Buettner himself – travelled many times to the different blue zones. They identified the following nine general longevity factors, which are related to diet and lifestyle:

To sum up, the above nine longevity factors could be synthesised in just two.

Firstly, maintaining a healthy lifestyle – which implies regular intensity exercise, including routines to “break” from daily stress, and including mainly plant-based products in our diets, eating without filling up and not drinking excessively.

Secondly, integrating in groups that promote and support those “good practices”: family, religious communities, social groups, and so on – all of which must have their own “ikigai”, that is, their own “reason to live”. There is a personal “ikigai”, but there is also a collective “ikigai” that sets the goals for each community as well as the challenges to overcome in order to achieve them.

Living this way means living better and longer. Longevity may be determined by genetics, but it is also something that can be trained, as can be seen in the example of the inhabitants of the blue zones.