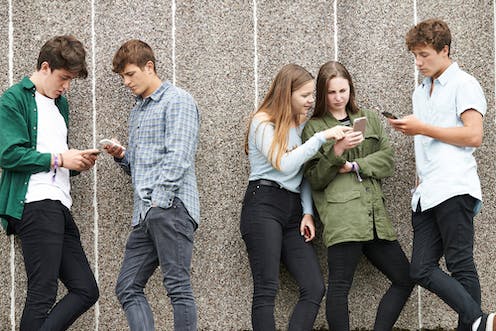 Over the last week, year 12 students around the country received their Australian Tertiary Admissions Ranking (ATAR). For many students, these results are accompanied by celebration and relief.

However, for those whose results are not what they were expecting or hoping for, there may be frustration and disappointment.

The release of ATAR results is a chance for all students who have put in a preference to study at university in 2018 to review their preferences, and think about where they want to go.

Why do students receive an ATAR?

The ATAR is a ranking used by universities to sort potential students for admission to their courses.

The ATAR has support from many experts and universities for three main reasons:

But there have been a number of complaints in recent times.

Read more: Should we scrap the ATAR? What are the alternative options? Experts comment

Second, universities have been accused of gaming the system by admitting students below the published cut off scores.

What to do now you have your ATAR

Whether you got the score you were hoping for or not, it’s important to keep in mind the ATAR is just one measure you will receive in your life. It does not determine your future grades.

Read more: ATAR found to be a poor predictor of how well students do at uni

Consider all of your options

If you have your heart set on attending a particular university, the first step is talking to the admissions office. A number of universities now offer bridging programs for students who are not eligible for direct entry.

For example, if you wish to study Engineering at Monash University, you may be eligible to apply for Monash College. Students who are successful in that program are guaranteed entry into the second year of the Bachelor of Engineering degree.

Have a look at different institutions

There are two main options if you’re set on a particular course:

The tertiary education landscape has more options than ever before. There’s no longer a neat distinction between what is offered at TAFEs and universities.

Just as many universities now offer Advanced Diplomas and online credentials, many TAFE providers now offer industry-focused training that may be a bridge to employment, or to further study.

Most of all, the ATAR is just one measure

University isn’t the best option for everyone straight out of school.

Studies have shown many students choose a university pathway because they feel they’re expected to, not because they really want to pursue that field. Too often, these students don’t complete their degrees.

In Australia, a large number of university places are supported through the Commonwealth Supported Places scheme. Recently, there’s been significant pressure placed on universities to improve completion rates, particularly for young people admitted with ATARs below 60.

Regardless of your ATAR, it’s important to keep vocational pathways in mind, not as a lesser option, but as a way of getting experience in an industry you’re interested in.

The premium placed on university entrance has been said to have contributed to a skills shortage in many industries. Many of these industries offer good prospects for employment and personal growth into the future.

Does the ATAR have a future in university admissions?

There’s a lot of misinformation about what future employers look for in graduates. Recent research shows most employers aren’t particularly concerned about what institution you went to.

Many industries are relying less and less on formal qualifications and more on relevant experiences, a good fit with their culture, and characteristics like emotional intelligence.

With the release of this year’s result, high profile CEOs such as Todd Sampson have hit out against the ATAR, suggesting factors such as the ability to make a difference are more important than scores.

It’s worth keeping in mind a young person graduating school today is likely to have around 17 changes in employers across five different careers.

As a graduating student in 2017, it’s also likely you’ll have multiple recurrent interactions with different types of education. Undergraduate university entrance is just one of those possibilities.

Receiving your high school certificate is a huge achievement that should be celebrated.

While there’s a tendency for the media to focus on the ATAR, it’s important to remember it’s just one number, and it doesn’t determine where you will go in the future.