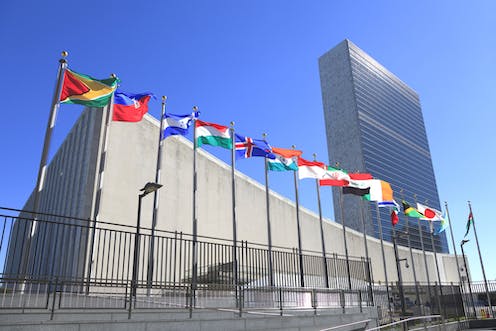 Overnight in Geneva, the United Nations Committee on the Elimination of Racial Discrimination (CERD) began its two-day review of Australia, asking government representatives to explain their progress in promoting racial equality and tackling racism.

The CERD committee notified the government in advance of the key focus areas of the review. Not surprisingly, these include the situation of Indigenous peoples, and of migrants, asylum seekers and refugees; racist hate speech and hate crimes; and human rights and anti-racism protections in Australia’s laws and policies.

What is the CERD?

Australia has ratified seven of the nine core human rights treaties. Each treaty has its own treaty monitoring body, like the CERD, comprised of independent experts who are nominated by governments but do not represent them.

These bodies monitor states’ compliance with their international law obligations as set out in the treaty, primarily through periodic reporting.

Most recently, Australia received criticism from another one of these bodies, the Human Rights Committee, which highlighted shortcomings in relation to Indigenous rights, treatment of asylum seekers and refugees, and the lack of a national bill of rights.

It is often overlooked that of these nine core treaties, the International Convention on the Elimination of Racial Discrimination (ICERD) was actually adopted before any of the others. The CERD became operational in 1970, and ICERD is now the third most commonly-ratified UN human rights treaty, with 177 states signed up.

Australia and CERD – the background

The CERD last reviewed Australia’s record in 2010. The recommendations made in 2010 contained 21 specific actions for the government. These included the recognition of Aboriginal and Torres Strait Islanders as First Nations Peoples, supporting the proper performance of the Australian Human Rights Commission (AHRC), appointing a Race Discrimination Commissioner, and addressing Indigenous contact with the criminal justice system.

Like many other UN human rights bodies, in 2010 the CERD also recommended that Australia review its mandatory detention regime of asylum seekers, with a view to finding an alternative to detention and ensuring that the detention of asylum seekers is always a measure of last resort.

Another recommendation in 2010 was that Australia criminalise the dissemination of racist ideas and incitement to racial hatred or discrimination. In this regard, Australia has formally limited its obligations by having a reservation to the relevant article of the treaty. Reservations allow states to commit to treaty obligations, but with caveats.

Despite criticisms of Section 18C of the Racial Discrimination Act and suggestions that the federal parliament may even have exceeded its external affairs power by going further than was required by the ICERD treaty, the reality is that Australia lacks comprehensive criminal sanctions against incitement to racial hatred. Many other countries have such criminal laws in place.

On Tuesday in Geneva, the government will continue to seek to convince the CERD that it has made progress on these recommendations. They could refer to the appointment of a Race Commissioner at the Australian Human Rights Commission, for example. Where they have not made good progress, they will be expected to provide explanations.

The last two reviews of Australia by the CERD in 2010 and 2005 were carried out in typical diplomatic mode – the review is called a “constructive dialogue”.

However, Australia’s review by the CERD in 2000 is famous in human rights circles, as there were unusually heated exchanges between Philip Ruddock and one of the committee members.

Read more: With a seat on the UN Human Rights Council, Australia must fix its record on Indigenous rights

… if a United Nations committee wants to play domestic politics here in Australia, then it will end up with a bloody nose.

Being subject to reviews by international human rights bodies is important for the upholding of human rights in Australia – we are currently the only Western democracy lacking a statutory or constitutional bill of rights. Also, unlike many other states, we are not part of a regional human rights framework.

Several interested parties made submissions to the CERD and delegates are in Geneva for informal briefings with the committee members. They will inform the committee of the key concerns they have about the government’s progress. NGOs have already made the committee aware of the situation on Manus Island.

Therefore, those in civil society with an interest in racial equality, NGOs, academics, trade unions and others should be aware of the recommendations and encourage the government to progress their implementation.

The CERD will finish its review of Australia today, which should be available to view via web cast. In a few weeks, the committee will hand down its concluding observations containing recommendations for the Australian government.