We think of Australia as a solid landmass. But it’s actually more like a jigsaw puzzle that has been put together over many millions of years.

The problem with working out how Australia formed is that the evidence is often buried, making access to geological materials quite difficult.

But now new techniques, new drill holes and the reevaluation of older samples are reshaping our understanding of how and when Australia formed.

And the results are not what you’d expect. An ocean and mountains once existed in the west and centre of Australia, and the eastern states are latecomers - they’re relatively new to the continent.

Read more: A map that fills a 500-million year gap in Earth’s history 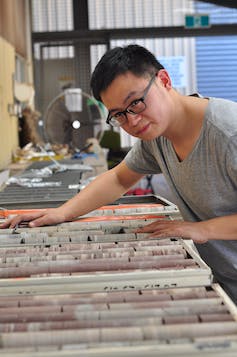 Australia has only been a unique continent for around 55 million years. However, the rocks and minerals beneath us date back to an earlier time. These give clues as to the composite nature of the lands that make Australia.

The world’s oldest known material – some unprepossessing grains of sand – are found in Western Australia. These are 4,374 million years old, nearly as ancient as the planet Earth itself.

Between Perth and Kalgoorlie lies an ancient piece of the Earth called the Yilgarn craton. This is dated between 3,700 and 2,600 million years old. Further north, centred around the iron-ore towns of Newman and Tom Price, lies an equally old terrane called the Pilbara craton.

These cratons are really proto-continents, or “wannabe-continents”. They are made of the same materials continents are made of, but quite small compared to the modern landmasses. They are the earliest jigsaw puzzle pieces.

We now know that in Earth’s middle age, sometime between 1,800-1,300 million years ago, three contributing continents came together to form part of what we now recognise as Australia. At the time, each was still linked to rocks that are now found elsewhere in the world.

Surprisingly, the cratons that came from the three continents are broadly defined by our present state and territory boundaries.

As the ancestral plates moved around, these three continents smashed into each other and formed ancient mountain belts. These mountains are now eroded to low stumps – such as the Musgrave Ranges in central Australia – or buried beneath much later sediments, such as those that make up the vast western deserts.

An ocean between states

The boundary between the West Australian Craton and the other cratons lies buried beneath the Nullabor Plain in the south, and beneath the Great Sandy Desert further north.

Until very recently, geologists thought this collision, which brought together much of the continent, occurred 1800 million years ago. This was based on the ages of some rocks poking out of the Great Sandy Desert in remote Western Australia.

But intriguing recent research using new dating techniques suggests that the collision represented by these rocks is actually 500 million years younger than anyone thought.

New exploratory drilling by state and federal geological surveys also suggests that an ocean once separated Western Australia and South Australia until at least 1,400 million years ago. This ocean was named after the Mirning people who are indigenous to the region.

Volcanoes along the border

Closing the Mirning ocean bought Australia together for the first time, around 1,350 million years ago. Oceans close by subduction: this is the process when an oceanic plate moves beneath an overriding continent, and is similar to that occurring in the Andes, Japan, or New Zealand today.

This process is thought to have created volcanic mountains along the region now straddled by the South Australia-Northern Territory-Western Australia borders. Our latest research paper proposes that as this mountain range formed, then eroded over time, the sediment produced was moved by rivers and deposited in a large inland sea that covered a lot of the Northern Territory under a blanket of sand and mud. This now forms the bedrock under much of the area between Tennant Creek and Katherine. 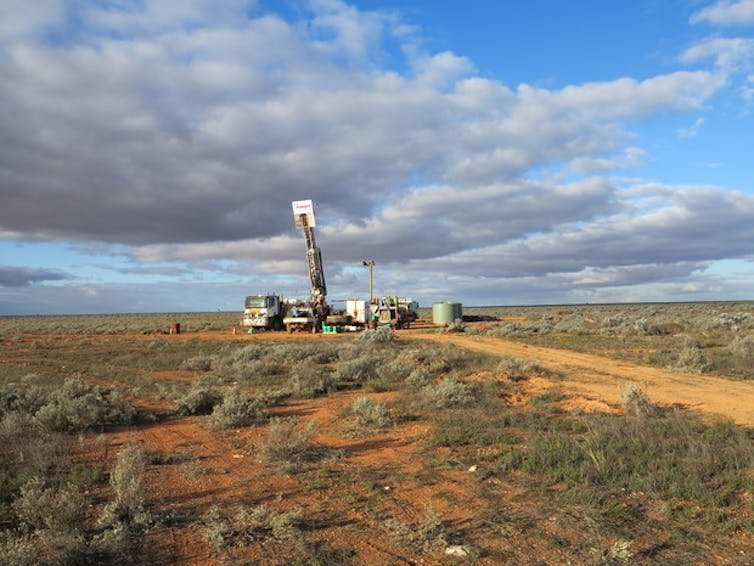 What makes this particularly exciting is that this increased volcanic erosion bought nutrients into the sea. As a result, we suggest that huge bacteria growths injected our atmosphere with oxygen.

When the bacteria died, they were buried, underwent decay and resulted in vast gas reserves encased in rocks of the region.

The eastern states are young

So these cratons, and the roots of the mountain belts that mark where they collided, make up Western Australia, South Australia, northern Queensland and the Northern Territory, but what about the eastern states?

Well for quite a long period of time, these areas of Australia simply did not exist. These relative newcomers consist mainly of rocks formed on the edge of old Australia as the Pacific Ocean evolved over the last 500 million years (in the last ninth of Earth history).

Tasmania is older and may well have been a part of North America until within the last billion years.

But apart from that, mountain ranges have grown, faults have moved, but the bulk of Australia has been together for the last billion years or so, only to have broken out finally as our present landmass 55 million years ago.