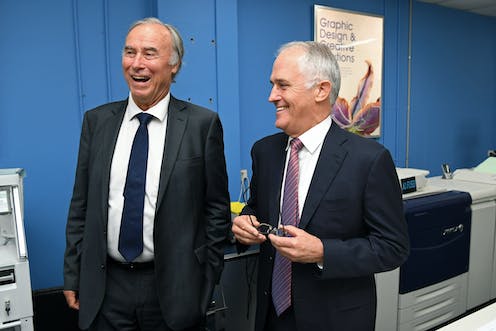 Liberal backbencher John Alexander is expected to announce his resignation from parliament at the weekend, the latest MP to be claimed by the dual citizenship crisis.

Alexander, who holds the Sydney seat of Bennelong, sought advice from the British Home Office about whether he had British citizenship by descent, via his father. Previously he had thought his father had renounced his UJ citizenship.

It is not clear whether the government would hold a byelection for Bennelong on December 16 or wait until next year, after the High Court rules on any referrals that come out of the disclosure process Prime Minister Malcolm Turnbull has announced. The plan then would be to have whatever byelections were needed on one day.

A December 16 byelection would need to be called on Monday.

The loss of Alexander would drive the government, which currently has lost its working majority after Barnaby Joyce was knocked out of parliament, further into minority government.

Bennelong, John Howard’s old seat, is held by a margin of just under 10%. While the Liberals have a strong buffer, a byelection held when a government is unpopular provides an opportunity to send a protest.

The Liberals would also need the personal vote of Alexander, a former tennis star, to help hold the seat. But one complication is that he has been expected to resign at the next election, so at a byelection there would raise questions about his longer-term future.

With speculation swirling about the likelihood of an early announcement by Alexander, Turnbull, in Vietnam for APEC, was asked if Alexander should quit at once if advised he was a dual citizen or wait for a court decision.

“The fundamental point is that if you are satisfied that you are not constitutionally eligible to sit in the Parliament, then you shouldn’t be sitting there,” Turnbull said.

“I recognise there are cases that will be line-ball decisions or questions of doubt where legal opinions will differ and those are the cases that should be referred to the High Court.”

In another bizarre twist in the citizenship affair, High Court judge Stephen Gageler on Friday referred Holly Hughes, the replacement for former senator Fiona Nash, to the full bench to determine whether she was eligible to sit in Parliament.

The matter will be heard on Wednesday. At issue is not Hughes’ citizenship but another part of Section 44 of the Constitution – the prohibition on holding an office of profit under the Crown.

Hughes did not have such an office when she nominated, but this year was appointed to the Administrative Appeals Tribunal (AAT), from which she has since resigned. Her time on the AAT is potentially relevant, because the election period is considered to run until the seat is settled.

As the next person on the Coalition 2016 election ticket, Hughes, a Liberal, is due to take the New South Wales Senate position left by Nash, formerly a Nationals minister.

If Hughes were found ineligible, next in line would be Liberal Jim Molan, the former senior military officer who was a key figure in crafting the Coalition’s border protection policy.

The court declared elected three replacements for former senators who had resigned or been removed because of dual citizenship. The new senators will be sworn in when the Senate resumes on Monday.

The Greens’ Jordon Steele-John, 23, from Western Australia, a student and disability advocate, who has cerebral palsy, replaces Scott Ludlam.

In Queensland, the Greens’ Andrew Bartlett takes the place of Larissa Waters. For Bartlett it is a return to parliament – previously he served in the Senate as an Australian Democrat, including as the party’s leader. Also in Queensland, One Nation’s Fraser Anning replaces Malcolm Roberts.

Labor’s Justine Keay, from Tasmania, who was slow in starting the process of renouncing her British citizenship, which therefore did not take effect until after the election, on Friday admitted the High Court would probably need to settle her status.

The government is threatening to refer several Labor MPs to the court. Labor is arguing that the MPs took reasonable steps to renounce, even if the confirmations came through after the deadline of their nominations.

Bill Shorten said: “the Liberals and Mr Turnbull want to throw as much mud as they can at Labor, just to try and sort of distract from their own travails and problems”.

The government and opposition continue to haggle over the detail of the declaration process.