“Australia has no culture, so why would anyone overseas be interested in us?” says a young MA student at a University of Melbourne forum as part of a discussion about Australian “culture” being promoted seriously and strategically overseas.

Her peers joined in. “Yes, it’s a cultural cringe”. “Yes, Australia is so young, compared with other countries”. “Yes, Australia has no clear sense of identity”. “Yes, Australia’s film industry is just in its fledgling stage”. All feeling free, in 2017, to utter such statements. The only one to offer any counterpoint said this was to be expected as there is no central Arts policy.

They were saying no-one would or should be interested in us. They added the Canadians were in a similar position. One speaker from the Confucius Institute said it was an issue of money, but he had also just said that the Australian Government paid funds for his Chinese organisation.

I know these students’ sentiments are wrong. I’ve spent my life working with Australian culture overseas, particularly in Asia. I’ve seen how the oldest continuing culture in the world resonates with overseas audiences; I’ve seen how poets and painters have evoked Australian love of space and land and made it real for people elsewhere; and I’ve always felt assured that my fellow Australians would always treat people of all social classes in other lands with grace and fairness.

The (pejorative) comment about being a “young” country (with no time to build “culture”) always gets to me. It’s the old mantra that Europeans and Asian cultures, like China, use: an argument that suits cultures which have remained in one place for a long time. It of course denies (forgets about?) Australian Indigenous culture - which is an issue in itself.

Even accepting this argument as cogent, it also simplifies all cultures with significant migrant populations (like the USA or Singapore or Malaysia for that matter) down to the time those people have spent in the new geographic site, as if none of their histories come with them. They do come with what they have, and often use that in their new environment to make something highly prized: think of Bangarra Dance’s melding of elements of Western ballet with Indigenous forms or Paul Grabowsky’s musical Indonesian inclusions in projects like The Theft of Sita. 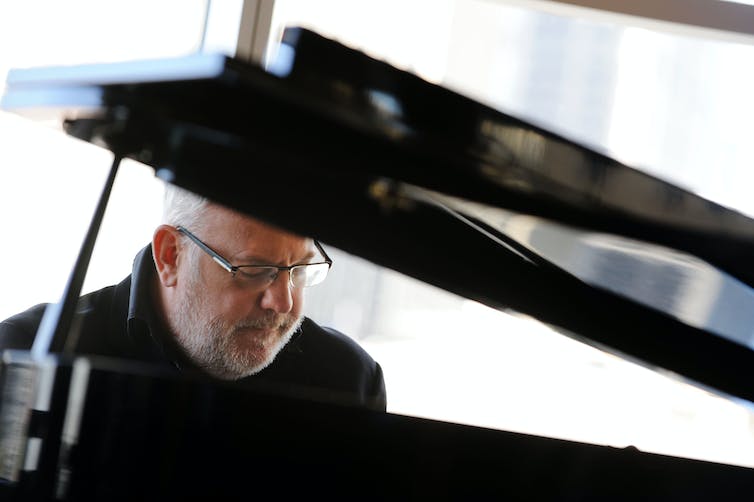 So, why is this group of bright students so quick to bring up these old furphies (a good Australian word of course) about our “lack of culture”? Is it some easy mantra of a long-gone age that never gets challenged and addressed?

Where is the Australia Council in this? After nearly 50 years why has its work of “promoting” Australian culture so spectacularly failed to resonate with these young people? Has the Council been ineffective in telling Australians of its work or has its work been less effective than it could have been?

The Council was founded at the time of Gough Whitlam’s great enthusiasm for and confidence in Australian culture. It had, and has a role in international engagement, but we still have no specialist agency for international cultural engagement that might be strategically focused in this area – unlike Germany and Japan, which have the Goethe Institute (founded in 1951) and the Japan Foundation (founded in 1972).

Is the subtext to little strategic focus on our role internationally (and awareness of the interest of our culture overseas) perhaps that the powerful in Canberra also, like these students, think we have nothing to offer? As a side comment, I never think it is a matter of money: it is belief and focus and strategy that are wanting.

Nearly 30 years ago, when I was envisaging the Asialink Arts program (always supported by Asialink director Jenny McGregor), I pushed for an “export” role, rather than what seemed to me to be an easier “import” focus, based on the idea that we Australians were poor at promoting ourselves. I would always be asking artists we sent to Asia to think about further international projects they could be creating; always asking curators to be looking out for further opportunities. But Asialink Arts has always been a small agency, not in the league of the German or Japanese nationally-supported institutions.

What of our universities? Despite the University of Melbourne having an Australian Centre, decades of teaching Australian literature, visual art, theatre, history, politics and film, and its own practical arts faculty, it still allows a group of students like this to be so blasé. Do these students think so little of the books and art works and films and activities they learn about that they must be of no value or interest to anyone else?

Is there a lack of consciousness at best, or, worse, to use a phrase of these students, still a cringe within the institution? It certainly has been so in the past. Ann Stephen, Andrew McNamara, and Phillip Goad have recorded the relatively passive reception of modernism in Australia rather than any celebration of its transformation here. Co-head of the Australian Centre, Professor Denise Varney’s ARC-supported research discusses the unacknowledged modernist period of the post-war period in Australian theatre studies.

Still today, in mainstream arts subjects, Australian and indeed Asian art can be sidelined for the big names of a single-line, Euro-American history. We can still fail to acknowledge some of our own bright thinkers: Margo Neale, one of our leading experts about Indigenous culture, curator of the current Seven Sisters exhibition in Canberra, has been in Melbourne recently, but was she asked to speak about her work in the tertiary sector? You know the answer. If such is our mindset, how will these students see their own culture as equal to these others, and how will they think of themselves as capable of leading in their field?

We can change our thinking. An example of such “success” is the widespread consciousness of the need to include equal numbers of women as men in our research and teaching practices. We could, for instance, undertake an audit of the level of inclusion of Australian cultural material in our tertiary sector. We could revisit our international strategies and assess how successful they have been.

This isn’t a discussion about what Australian culture is but about the things and ideas we value and how they might be of value to others.