That’s a really interesting question, Ren. The short answer is no. Worms do not have tongues.

Some people think that worms have tongues because certain worms do have something in their mouth that they can poke out, like a tongue. It is called a “stylet” and it looks like a needle.

Worms that eat plants pierce the outside of the plant with their stylet. They then use the stylet like a straw, to suck out food from inside the plant. But the worm’s stylet isn’t actually a tongue. 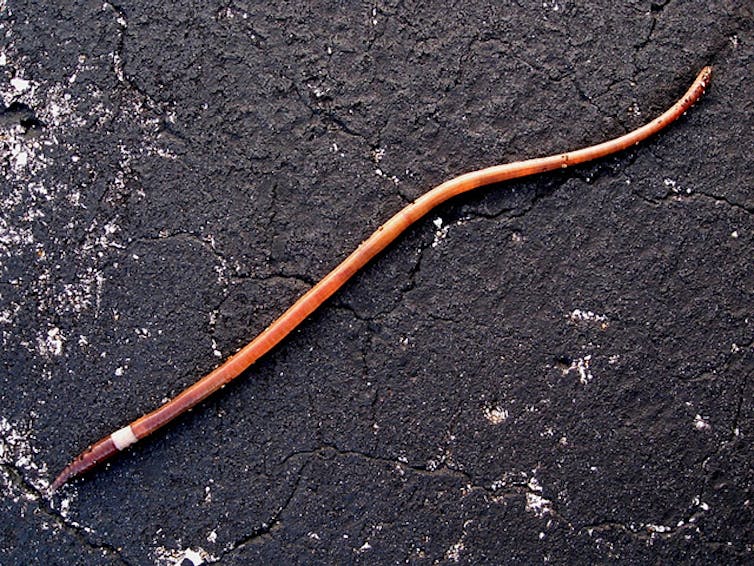 A worm’s stylet is not technically a tongue. Flickr/wintersoul1, CC BY

Since you were curious enough to ask the question, I imagine you would be interested to know a bit more about worms and about tongues.

Read more: Curious Kids: Do astronauts get space sick when they travel from Earth to the International Space Station?

You have probably seen worms in the soil in your garden, or maybe your family has a worm farm, where worms eat up your fruit and vegetable scraps. These worms are called earthworms.

But they are not the only kind of worm. In fact there are many thousands of different creatures that we call worms. Some worms are so tiny that you need a microscope to see them. Other worms are very big. One type of worm, called the bootlace worm, lives in the sea and can grow to be as long as an Olympic swimming pool! 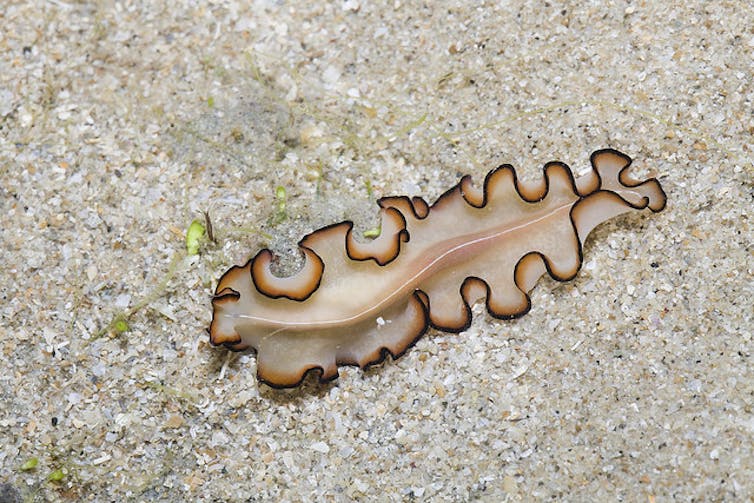 So how do all these worms live without a tongue? To answer this question, we need to think about what a tongue does.

One of the important jobs of our tongue is to crush up food when we are eating. Inside our tongue is a set of muscles. These muscles let our tongue move food around in our mouth. Our tongue crushes food by squashing it up against the hard part at the top of our mouth. 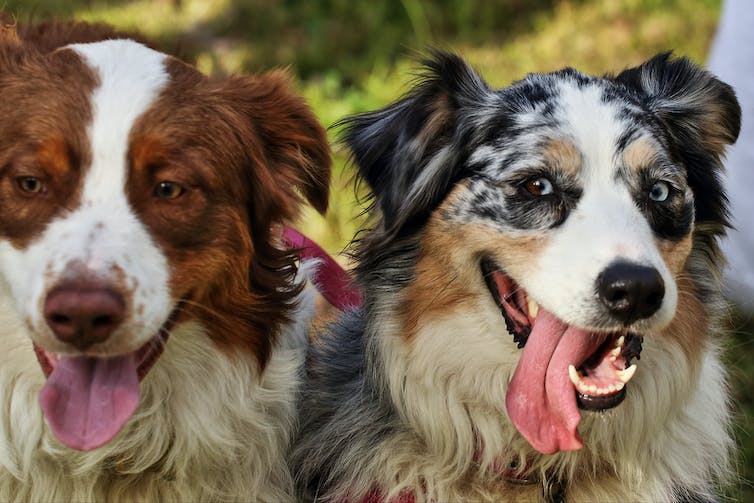 Like us, worms need to crush up their food. But instead of using a tongue, worms have muscles in their gut that do this.

Another important job of our tongue is to taste food. Our tongue is covered in tiny bumps. Inside those bumps are taste buds that can sense whether the food we are eating is sweet or salty or sour or bitter. That can help us work out if a food might be dangerous.

Read more: Earthworms are more important than pandas (if you want to save the planet)

Without a tongue, worms don’t have taste buds. But earthworms can still taste, using special cells inside their mouth and other cells that are in their skin. As well as tasting, these cells also allow earthworms to smell. By sensing smells and tastes in the soil, worms can work out where they need to go to find food.

So even though worms don’t have tongues, they can use different parts of their body to do some of the jobs that our tongues do.