Australian airline Qantas has the aircraft it needs to fly non-stop from Perth to London, but its goal is to offer even longer flights than that.

The airline’s chief executive Alan Joyce has asked manufacturers to build an aircraft that can fly non-stop from Australia’s east coast capitals to London. His eyes are also on non-stop flights to New York, Brazil and South Africa.

So what will it take to make such long-haul flights possible?

Read more: Inflight Wi-Fi highlights challenges of satellite broadband delivery on land and in the sky

Advances in technology have enabled aircraft to be lighter and consume less fuel.

For example, the maker of the new Airbus A350 says the aircraft has some significant new features. These include a wing with improved lift-to-drag characteristics, more fuel-efficient Trent XWB engines, a lighter air conditioning electrical system, and more integrated aviation electronics.

The reduced weight and modified fuel system increase fuel carrying capacity from 141,000 litres to 165,000 litres, giving the plane a range of at least 15,270km.

That’s still short of the distance from Sydney to London, which is about 17,000km. But reports say Airbus’s new Ultra-Long Range version of the A350 will have a range of 17,960km, meaning that Joyce could potentially meet his challenge.

But what is pushing airlines to want to fly longer long-haul?

Airlines such as Qantas, United Airlines, British Airways, Singapore Airlines and Emirates operate on a hub-and-spoke network strategy. This allows them to feed passengers into a single home-based airport (the hub), before redistributing them to various destinations (the spokes).

This has led to the emergence of fortress hubs such as Sydney for Qantas, Los Angeles for United Airlines, London Heathrow for British Airways, Singapore for Singapore Airlines, and Dubai for Emirates. 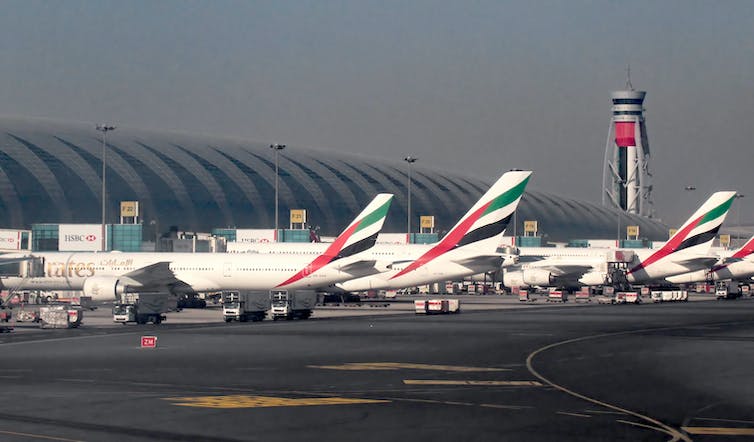 Dubai is one of the world’s busiest airports. Flickr/Tony Hisgett, CC BY

From an airline’s perspective, a hub airport in its home country needs to be protected aggressively to maintain its competitive edge.

Until the early 2000s, aviation technology only allowed airlines to fly short- or medium-haul spokes to feed its hub traffic, such as Athens to London (4 hours), Darwin to Sydney (4h 20m), and Moscow to Dubai (5h 20m). Regulatory constraints also prevented airlines from carrying international traffic to feed its home hub.

Emirates is a pioneer in stretching this hub-and-long-haul spoke system by flying from Dubai into international airports such as Johannesburg (8h 10m) and Perth (11h).

As a result, Emirates has built its Dubai hub into one of the world’s busiest airports, undermining rivals such as London Heathrow, Singapore and Sydney.

It is not surprising that other airlines want to join the race to launch long-hauls.

From a traveller’s perspective, flying directly to your final destination will certainly save the transit hassles at a congested hub, and reduce the risk of missing your connecting flight.

But are you prepared to cram yourself into an economy seat for 17-20 hours?

Although you can probably enjoy movies back-to-back, how will your body cope? Several factors are responsible for comfort on a long-haul flight, including internal cabin pressure, cabin humidity, and legroom. 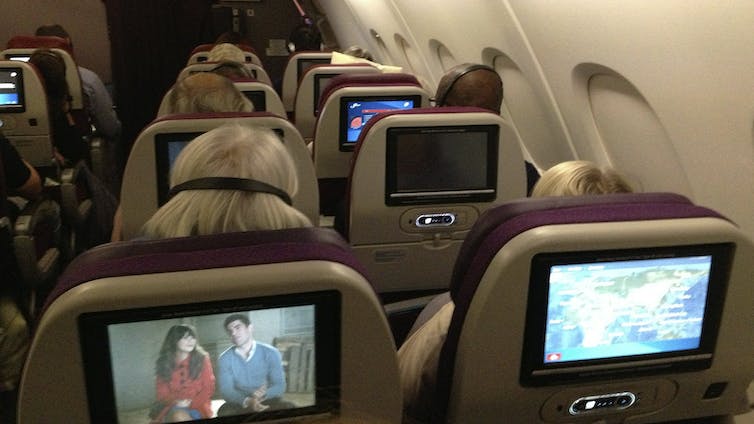 Only so many movies you can watch on a flight. Flickr/David McKelvey, CC BY-NC-ND

But you need to be mindful of some high-altitude physiology such as ear popping, sore teeth, dry skin, dry eyes, and dehydration.

There is also a risk of developing Deep Vein Thrombosis (DVT), especially among people with a family history of the condition.

Then there is the hazard of timezone-related circadian rhythm (body clock) disruption. Jet lag affects your whole physiology, and you might need a few days to recover after a particularly long flight.

Pilots and cabin crew face the same, if not more, challenges as passengers onboard a long-haul flight. Flying a sophisticated aircraft requires a great deal of concentration, discipline and experience, and pilots need to be well rested and alert. 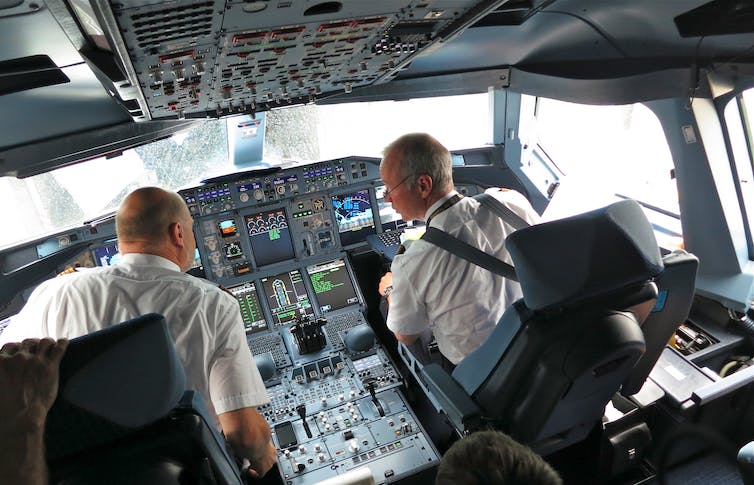 Regulations are in place to help prevent fatigue in pilots. Flickr/Steve Jurvetson, CC BY

The International Civil Aviation Organization says fatigue can impair the alertness of crew and their ability to safely operate an aircraft or perform safety-related duties.

The American Aerospace Medical Association has also warned that ultra-long-range operations may exacerbate pilots’ fatigue levels that have already been shown to impair safety, alertness and performance in existing flight operations.

The good news is that aviation safety regulators such as the Civil Aviation Safety Authority in Australia, the US Federal Aviation Administration, and the European Aviation Safety Agency have all introduced fatigue-management rules for commercial pilots.

These authorities review the rules regularly and hold airlines responsible for their pilots fatigue management to ensure safe operation.

Airlines also have safety mechanisms in place with pilots and cabin crews educated and trained continuously and regularly on fatigue management.

For a long-haul flight, two full cockpit crews are typically deployed to allow crews to take turns to rest. Some airlines are quite tolerant of pilots who call in sick if they are fatigued.

So the ultimate challenge for any longer long-haul flight is not operational or technological. As Alan Epstein, vice-president for technology American aerospace manufacturer Pratt & Whitney, put it: “The limit is no longer the endurance of the engines. It is the endurance of passengers.”