Why do so many animals seem to have pink ears, when their bodies are all different colours? – Heather, age 8, Brisbane.

The short answer is that ears have a lot of blood vessels near the skin, which is pretty thin in that spot. Having blood vessels close to the skin helps animals – including you and me – to keep their body temperature just right.

Animals that evolved in cold parts of the world usually have lighter skin. If a light-skinned animal has blood vessels close to the surface of their ear skin, this will make the ears look pink.

But the truth is that most animals actually don’t have pink ears. Let us explain.

Read more: Curious Kids: How do satellites get back to Earth?

You’ve probably heard of evolution. That’s where animals change their appearance, how they hunt (or how they’re hunted) and how they attract their mates. All of these changes and adaptations improve their chances of survival.

Near the equator, where the climate is hot, animals tend to have darker skin, including on their ears. Think of the African elephant, which has quite dark ears (they also have the biggest ears of any animal on the planet). 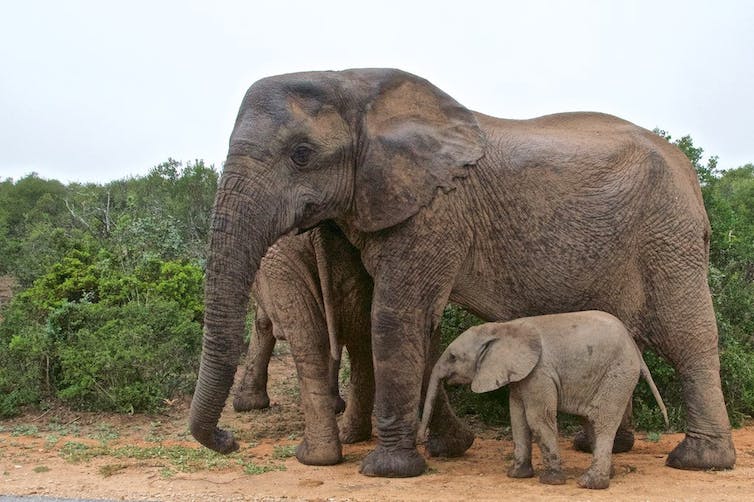 In colder climates, skin colour is usually lighter and often pink. This is true for humans too. The skin colour (and ear colour) of early humans became lighter as they migrated out of Africa into colder regions. 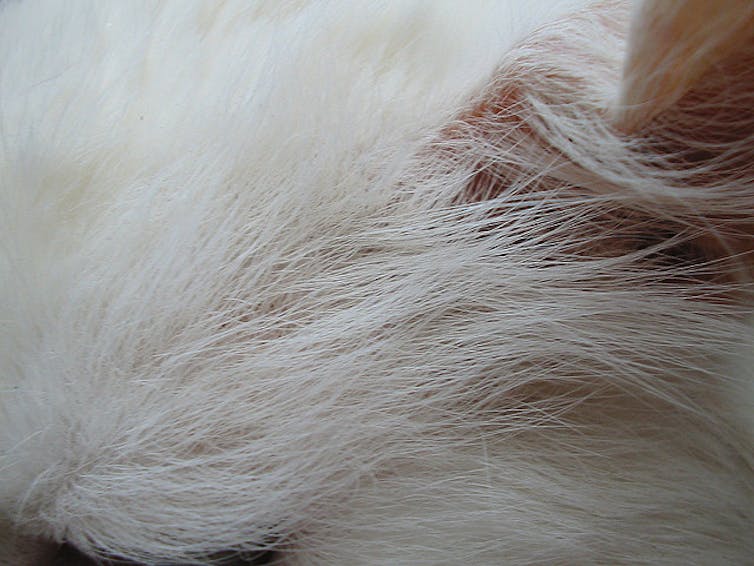 Why is skin colour different in different climates? Skin pigmentation, which is what gives skin its colour, can protect against sunburn and skin cancer. When animals live in colder, more overcast parts of the world they don’t need this pigmentation as much to survive. Light-coloured skin also helps animals stay warmer because it reduces heat loss, which is handy if you’re in a colder climate.

You mention, correctly, that animals can have bodies of all sorts of colours, but still have pink ears.

For most species, the colour of their fur, feathers or other body covering has generally evolved as camouflage. That allows animals to blend into the background and avoid being eaten, or for predators to remain hidden during hunting. One example is the sandy-coloured coat of the desert fennec fox. 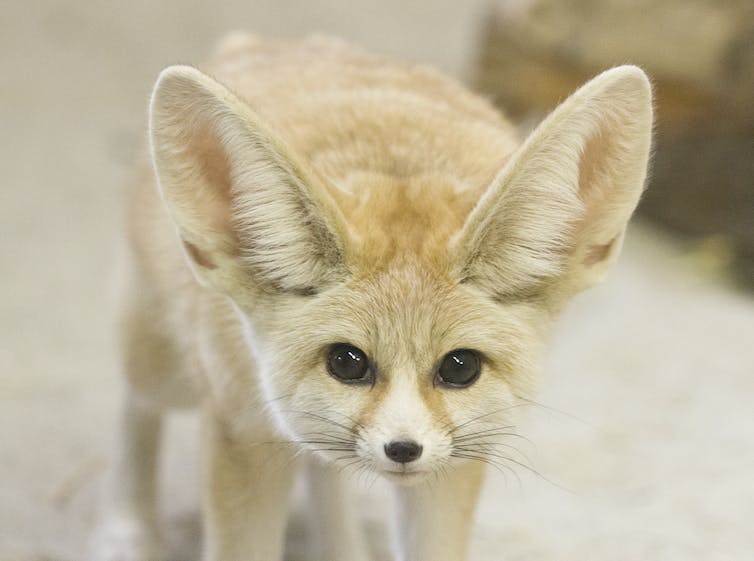 The fennec fox has sandy-coloured fur and large ears. Flickr/Nathan Rupert, CC BY 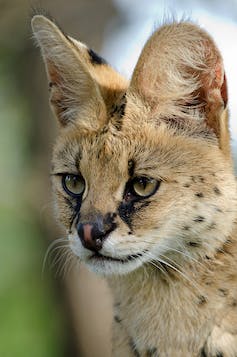 The serval, a type of African wildcat, has evolved large ears that help it hear better. Flickr/Brad, CC BY

But even when animals have feathers, scales or fur that is brown, orange, white or any number of colours, they might have skin underneath that is light-coloured.

And when you get ears that don’t have much fur or feathers, you’ll see that light-coloured skin looks pink because of the blood vessels that are close to the surface in the ear area.

In many animals, ears come in many different shapes and sizes.

For example, in bats, the serval (a type of African wildcat) and the fennec fox, the ears are large compared to their body size – this helps them hear better because it allows them to detect more sound waves. 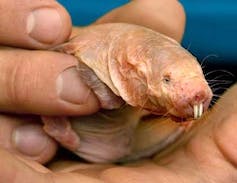 Naked mole-rats have tiny ears because they need to dig a lot. Big ears would get in the way. Flickr/Juha Ristolainen, CC BY

These creatures, and other animals with large ears, have excellent hearing, especially at night when many are active.

In contrast, the naked mole-rat has very small ears because it needs to burrow a lot – big ears would get in the way of their digging, so it’s not worth it.

The other downside of big ears is that you can lose a lot of body heat. That’s why animals that live in really cold places, like the Arctic fox, have quite small ears. 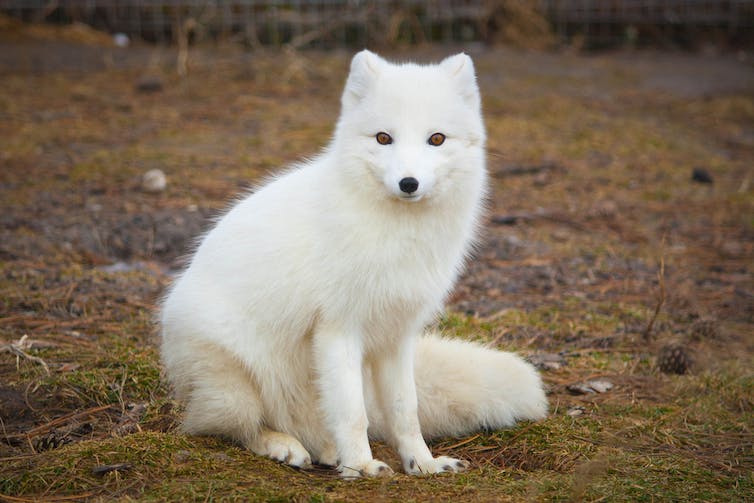