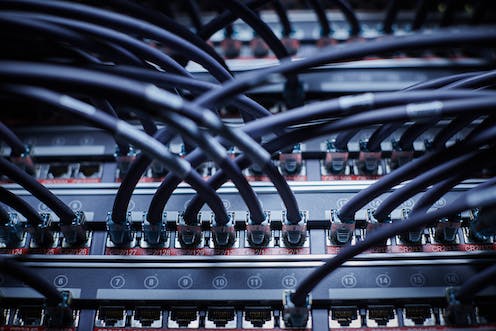 The Joint Standing Committee on the National Broadband Network (NBN) released its first report on Friday, just as most people on the east coast of Australia headed into a long weekend, complete with two sporting grand finals.

The release on a Friday afternoon, sometimes referred to by the media as the “Friday news dump”, is generally what governments do when they want the published report to gather dust.

Read More: The NBN needs subsidies if we all want to benefit from it

In fact, its hundreds of pages actually included two reports from the one committee. The dissenting report, supported by its Liberal Party members, including the committee’s chair Sussan Ley, contradict many of the conclusions of the first, which was backed by the Labor Party members and Australian Greens, among others.

One ironic benefit of the report is that whatever your political view, there will be something that you’re likely agree with. But is that the way to create good internet policy?

What did the report say?

The report is from the latest committee, formed in September 2016, to inquire and report on the rollout of the NBN. It replaced the Senate Select Committee on the NBN that operated between 2013 to early 2016.

Many of these recommendations are dismissed or ignored in the Chair’s dissenting report.

As political and business commentator Alan Kohler summarised in The Australian:

Like so much of Australian public policy over the past 10 years, the NBN has been hopelessly politicised, so that anything that comes out of any politician’s mouth on the subject can be ignored as most likely unreliable twaddle.

The challenges of the process

Given the political nature of the process and the desired outcomes, in my view, there is a bias built into the process from the start.

This is both in how facts are interpreted and presented in the report, and how groups, companies and individuals with specific vested interests use committees as a means of stating their claims.

The report claims for example that FTTC is a “future-proofed technology” whereas FTTN is not, but little evidence is given to back up the claim.

It appears “future-proofing” is simply a term for the fact that FTTC would theoretically cost less to upgrade than FTTN, but complete data is not offered.

In another case, the report discusses complaints made to the Telecommunications Industry Ombudsman about connection delay issues, citing a “slight decrease” in the number of complaints relative to the number of activated premises.

Another key problem with committees of this sort is that during the time it takes to investigate, write and publish the report, events have overtaken the process.

The report recommends that the NBN cost a plan to substitute FTTC for FTTN. This has already happened after a fashion, with NBN Co presenting costing to the NBN Co board and to the government. The proposal was apparently rejected because it would have been too expensive and not kept NBN Co’s funding within the A$49 billion limit.

Much of what is included in the report are issues that have been discussed by previous committees, but also more widely in the public sphere. We have seen the same topics, arguments, paucity of data and overreliance on anecdote time and again.

Given the government’s “Friday news dump”, a more general question to ask is whether making submissions to these committees is worth the time and effort?

I personally attended an expert session in Parliament held by the previous committee in early 2016. The same issues and questions were asked then and by and large the same types of responses were given. Nothing came of that and this report largely rehashes the same conversation.

As Alan Kohler remarked, public policy shaping the NBN has been marked by political motives and to a far lesser extent, economic or social ones. For that reason, data is not being given proper weight, and is often shaped to support a political perspective.

Given the situation, we are perhaps fortunate to have made the progress we have.