Immediate cash incentives have been shown to be more effective in helping people quit, and cost us less in the long-run. Sajjad Zabihi/Unsplash

Despite some of the strictest tobacco control policies in the world, recent data shows the decline in smoking in Australia has stalled.

Despite some of the strictest tobacco control policies in the world, recent data shows the decline in smoking in Australia has stalled.

“First-line” quitting strategies available in Australia such as nicotine patches offer around a 7% success rate (or 93% failure rate, depending on how you look at it). This will not achieve our 9% smoking target by 2020, given that we are at about 14% now.

With current approaches and policies adopted in Australia having arguably lost their edge, and with more controversial approaches such as e-cigarettes caught up in political quicksand, let’s invest in the strategies that do work.

One evidence-based approach that has not received much attention in Australia is using financial incentives. Incentives programs reward quitters for not smoking by giving them a monetary voucher. The quitter’s abstinence is verified using biochemical tests of either their saliva, urine or breath.

What’s the evidence for financial incentives?

Using a multinational company as a test site, a team of US researchers found people who were offered US$750 (A$938) to quit smoking were three times more successful than those who were not given any incentives. Even six months after the vouchers had stopped, previously incentivised quitters were 2.6 (21.9% vs 11.8%) times more likely to still be smoke-free compared to non-incentivised quitters.

A team of UK researchers randomised over 300 pregnant women to receive up to £400 (A$661) worth of shopping vouchers if they quit during the pregnancy. Again, women in the incentives group were 2.6 (22.5% vs 8.6%) times more likely to have stopped smoking at the end of pregnancy, compared to the women who had received counselling and nicotine replacement therapy.

A Swiss program, offering low-income smokers up to US$1,650 (A$2,063) worth of quit-contingent vouchers staggered over six months, found smokers were 1.6 (18.2% vs 11.4%) times more likely to be smoke-free at 18 months compared to non-incentivised smokers.

In Australia, there are approximately 2.6 million adult daily smokers, who have been estimated to cost the government A$31.5 billion in social, health and economic costs each year. That’s about A$12,000 per smoker, which is much more than incentive programs offer.

Why does it work?

Quitting is hard - ask any smoker. Not only are the benefits, like other health behaviour changes, not immediate, but quitting smoking requires the smoker to go through a nasty period of withdrawal, while knowing the withdrawal symptoms could be immediately relieved by smoking.

Unlike other quit smoking programs using one or a combination of strategies (counselling, nicotine replacement therapy), incentives-based programs give the quitter the autonomy to choose the quit strategy that best suits them, and simply rewards them for their success. Importantly, incentives programs provide instant positive rewards for quitting. 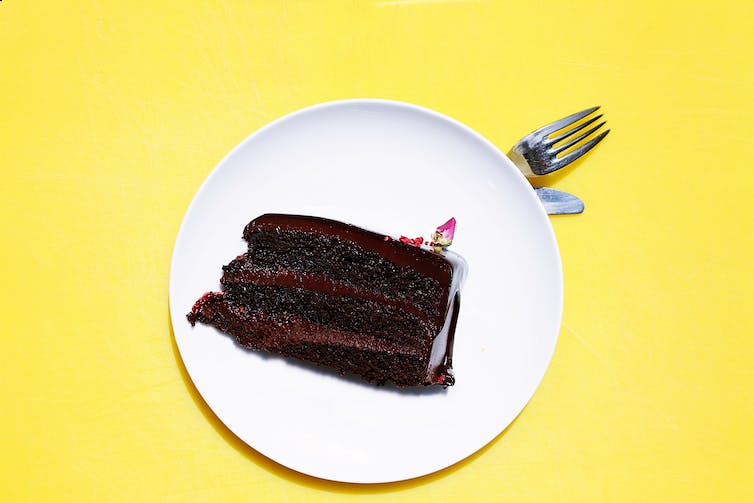 People respond better when the rewards are instant. Toa Heftiba/Unsplash

This phenomenon is described by behavioural economics as “temporal discounting”; a process explaining how humans have a preferential bias towards immediate reinforcement over delayed reinforcement, even if the delayed rewards are more valuable. Incentives therefore motivate quitters to stay on track in those difficult first few weeks of quitting smoking.

A common criticism of this type of intervention is that the targeted behaviour change is only maintained while the incentive is in place. Not only have incentives programs demonstrated long-term (one to two years) effectiveness superior to other treatment options, but even short-term behaviour change has important health implications.

Others are concerned people will “game” the program (say they’ve stopped smoking when they haven’t, or abstain from smoking just before verification). But research suggests this occurs in less than 5% of cases. After all, the majority of smokers actually want to quit.

Read more - Viewpoints: should Australia lift its ban on e-cigarettes?

Coersion and the ethical conundrum of free choice has been raised as an issue, with the concern that people will feel forced to sign up as they’ll be financially better off. But with a packet of cigarettes costing on average A$25 in Australia, the financial advantage of quitting seems to far outweigh the token financial incentive offered by such programs.

Finally, people have voiced their disapproval of a program that seemingly “rewards people for their bad behaviour”. Given the government subsidises medication to treat lifestyle-causing chronic conditions; it could be argued that this is much the same thing.

Tobacco control should not be about blaming and shaming people for a decision they made years ago that’s resulted in a life-threatening habit. It’s about reducing the devastating health and economic impact of tobacco smoking by adopting strategies that are proven to be safe and effective.