This study didn't actually measure sitting and its relationship to inflammation - which causes disease. D.Reichardt/Flickr, CC BY

A recent study published in the journal Medicine and Science in Sports and Exercise was reported in many media outlets as a bringer of “bad news” to television watchers, with the Herald Sun noting:

A recent study published in the journal Medicine and Science in Sports and Exercise was reported in many media outlets as a bringer of “bad news” to television watchers, with the Herald Sun noting:

Every hour you spend sitting watching TV makes you more likely to die from inflammation-related diseases, Melbourne researchers have found.

The Melbourne research made it all the way to the US. A Philadelphia-based publication ran the headline:

And a site for fans of the show Game of Thrones appropriated the study, claiming watching the show itself could increase risk of early death from inflammatory-related conditions. The Daily Mail took it further saying “binge-watching Game of Thrones could kill.”

Of course the study, conducted by researchers from the Baker Heart and Diabetes Institute, did not have anything to do with Game of Thrones, and fans can rest assured watching the show will not kill them. Rather, the study showed an association between increased hours of television viewing and higher risk of certain inflammatory diseases. 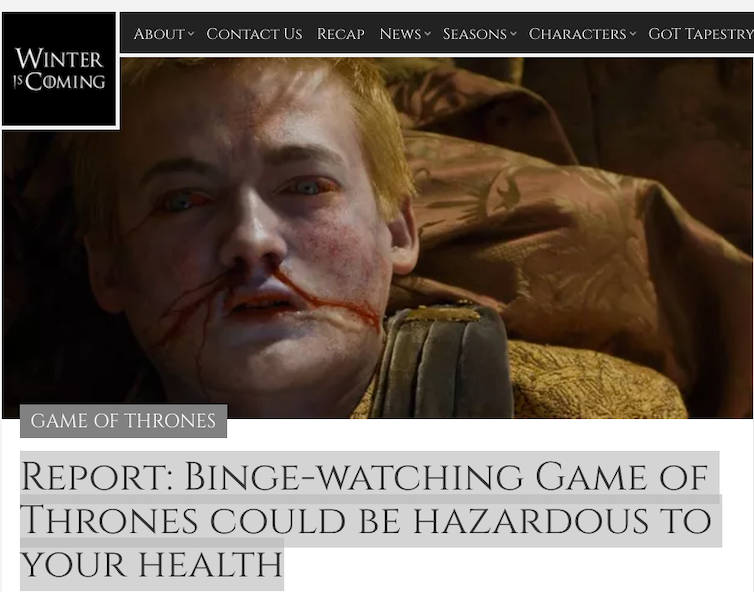 Inflammation is a response our immune system launches to fight infection. But when this inflammation becomes chronic, it can be complicit in conditions like heart disease and depression.

The inflammatory-related conditions most relevant to the recent study include respiratory diseases, influenza and pneumonia, Alzheimer’s disease, Parkinson’s disease, motor neuron disease, diabetes and kidney disease. While cardiovascular disease (such as heart disease and stroke) and cancer are also associated with inflammation, they were not included in this study.

Despite the headlines, including the Institute’s own press release about the dangers of “sitting down to binge watch” TV, this study did not actually measure sitting down during TV-viewing. This means the findings should not be interpreted as indicating that TV-viewing is harmful to health due to sitting involved.

And most of the media reports failed to mention that the association between television viewing and increased risk of disease was reversed for those who were active. So, how should we interpret the study? 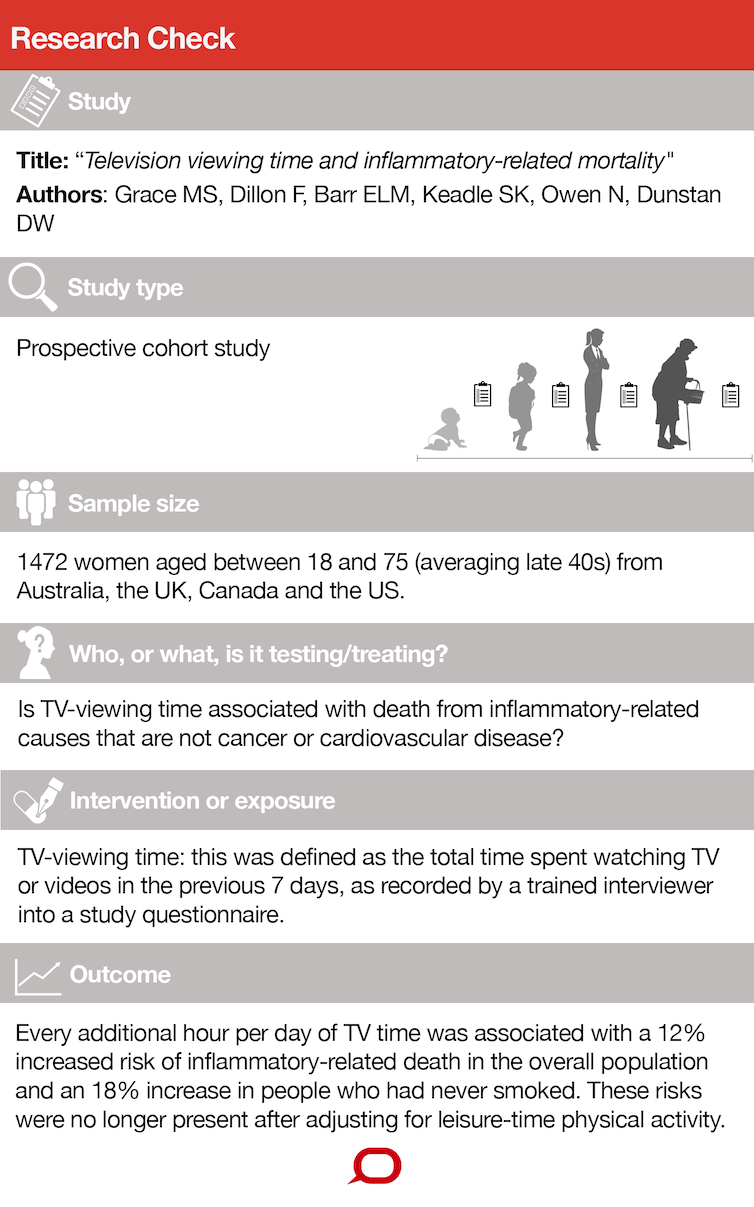 The Conversation, CC BY-ND How was the study conducted? This study analyses data from the Australian Diabetes, Obesity and Lifestyle Study (AusDiab) first collected in 1999-2000 from 11,247 participants (the baseline study). The study aimed to provide national data on the number of people with diabetes, obesity, high blood pressure and kidney disease in Australia. A proportion of these participants filled out a follow-up questionnaire in 2004-2005 and a third survey was conducted in 2011-2012. The recent paper used data from 8,933 baseline participants who had responded to a questionnaire delivered by a trained interviewer. They were asked how much time they spent watching TV or videos in the last seven days, and about their social and economic characteristics (such as age, gender, education and household income), medical history (such as type 2 diabetes and heart disease), and health-related behaviours (such as smoking, physical activity and diet). The study followed participants to November 30, 2013. For those who had died, the research team obtained information from the Australian National Death Index about their cause of death, which was coded based on a standard called the International Classification of Diseases (version 10). Out of 896 deaths, 130 were attributable to inflammatory-related causes that were not cancer or cardiovascular diseases over a median follow-up period of 13.6 years. 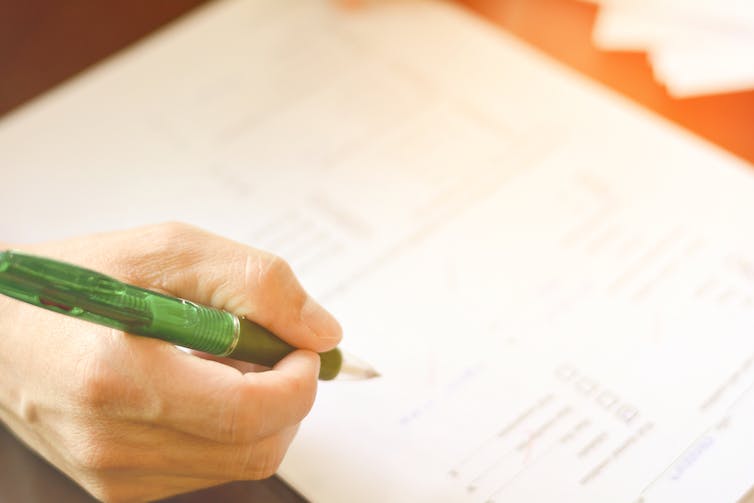 Participants were asked how many hours they’d spent watching TV in the last seven days. from shutterstock.com Cardiovascular disease and cancer were excluded in this study as associations between these conditions and TV-viewing had already been explored in AusDiab and other cohorts. Researchers then specifically calculated the association between TV-viewing and other diseases for which inflammation is an accompanying characteristic. What were the results? When not taking physical activity (of moderate to vigorous intensity) into account, the authors found for every extra hour of TV watched per day, there was a 12% increased risk of inflammatory-related death in the overall sample. This was after adjusting for the role of age, sex, education, household income, alcohol intake, energy intake, diet, and markers for heart and metabolic health risk (including waist circumference, blood pressure, smoking status, fast blood sugar and cholesterol). Interestingly, the increased risks observed were eliminated when physical activity was taken into account. Read more: What you need to know to understand risk estimates In analyses with the overall sample, adults who watched TV for four or more hours per day had a 74% higher risk of dying from an inflammatory-related disease compared to those watching less than two hours per day. This result was found after taking into account a range of factors including age, sex, education, household income, smoking status (ex or current), alcohol intake, energy intake, diet, heart and metabolic health risks, and physical activity. What does it mean? This study didn’t actually measure sitting and its relationship to inflammation. As acknowledged by the authors, TV-viewing is a commonly used but problematic proxy for sedentary (sitting) behaviour. Researchers do not know if the health risks linked with TV-viewing are due to sitting and watching TV itself or other factors. Nor do they know the fundamental differences between those who binge watch TV and those who do not. For example, TV-viewing is associated with consumption of unhealthy foods and drinks, and people who watch TV for long hours are more likely to be of lower socioeconomic backgrounds, be unemployed, have poor mental health, and possibly suffer from underlying chronic diseases. In other words, despite a possible association between high amounts of TV-viewing and inflammatory-related death, we do not know if one actually causes the other. 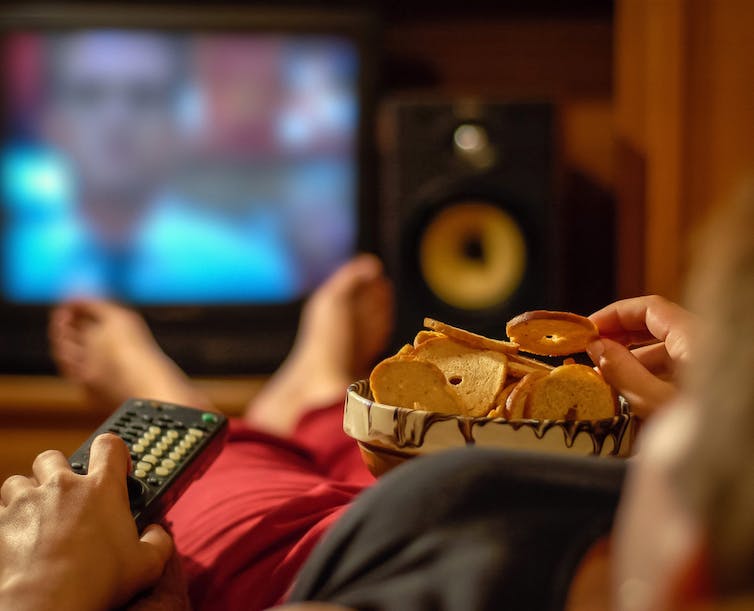 Watching TV is associated with eating unhealthy snacks. from shutterstock.com Second, excluding cancer and cardiovascular diseases in the definition of inflammatory disease-related can confuse the actual risk percentages for some participants, due to an issue known as “competing risks”. These exist when a person is at risk of dying from several causes, but they can only die from one cause. For instance, bowel and liver cancer are associated with inflammatory conditions. Similarly, inflammatory-related diseases such as type 2 diabetes are associated with higher risk for cardiovascular diseases. Read more: How our immune system causes heart disease A strength of this study is that the analyses adjusted for a wide range of social and economic, health and behavioural factors. The authors also excluded people who died in the first two years after the survey, in case they had unknown or undiagnosed illnesses. What else should we take into account? A growing body of evidence suggests too much sitting, especially prolonged periods of unbroken sitting, is linked with poorer heart health and higher risk of developing chronic diseases, dying prematurely, and being hospitalised. Some studies suggest the associations of prolonged sitting with negative health outcomes are independent of physical activity, but others show physical activity may eliminate the harmfulness of sitting. Read more: Could too much sitting be bad for our brains? A key finding that received little attention in the reporting was the role of physical activity which, when taken into account, eliminated the link between TV-viewing and higher risk of inflammatory-related death. This suggests activities like brisk walking, jogging, football, or dancing on most days of the week, will keep risk of inflammatory-related diseases associated with TV-viewing at bay. So, our take home message is if you are going to watch TV (while sitting down or otherwise), make sure you fit in an exercise session to counteract the possible harms to your health. - Josephine Chau, Melody Ding 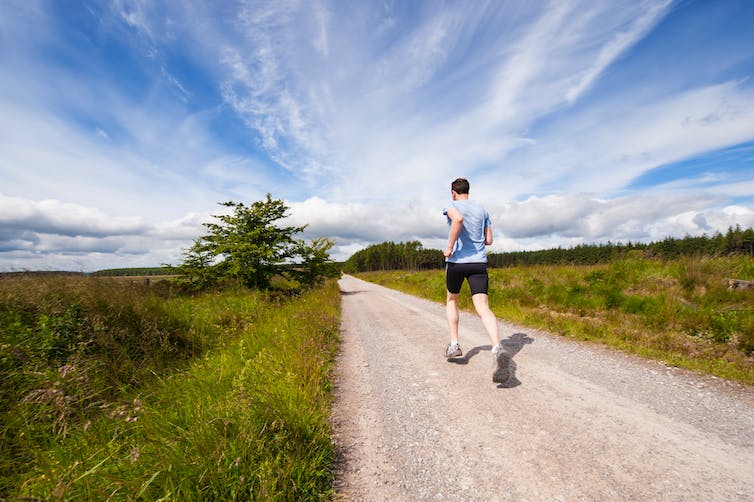 If you go for a run or a brisk walk every day, your risk of early death from too much sitting will decrease. Photo by Jenny Hill on Unsplash Peer review TV viewing time is related to nearly half a dozen influences that could explain its damaging associations with early death and many other health outcomes. So, I agree the study tells us hardly anything about sitting. But inflammatory-related death is also a nonspecific mishmash of causes. Searching the International Classification of Diseases for the term “inflammatory” returns over 185 hits. Such conditions range from infectious diseases to respiratory, nervous system, digestive, endocrine, musculoskeletal, genital and urinary, and metabolic disorders. Each condition has completely different causation, pathology, and symptoms. Does this make them a distinct class of disorders one can reasonably expect to be affected by a behaviour like TV-watching and the sitting it involves? Unlikely. It’s hard to tell if interventions to reduce TV time would be a good investment. The recreational screen media landscape has changed dramatically in the last few years and TV is now one of the many screen options people have during leisure time, so we could end up replacing one screen with another. Perhaps it is a safer investment to motivate people to be physically active daily and enable them to do so by making the environment friendlier to physical activity. - Emmanuel Stamatakis Response from study author The study’s lead author Megan Grace, Research Fellow at the Baker Heart and Diabetes Institute, said researchers exploring links between sedentary behaviour and health were building a “convincing argument that sitting is bad for health and that simple, practical, short periods of activity throughout the day may help to reduce the long-term risk of disease.” She said this study needed to be considered in context with others in the area. Read Megan Grace’s full response to media coverage of their study here. - Megan Grace