This was the thought Mae Holland had on her first tour of The Circle’s campus. The landscaping, exercise classes, cafeteria and entertainers had Mae’s head spinning. Compared to the grey cubicle of her previous workplace, the campus was idyllic.

The corporate campus might have taken its time to work into popular fiction but the idea of getting all your employees together in one giant university-style space is the continuation of something that started over fifty years ago.

Early corporate campuses in the United States were originally designed for research scientists and engineers. Surrounded by landscaped gardens or centred around a grassy quadrangle like an Ivy League university, the campus was a safe, serene workplace.

In 1942, communications giant AT&T created the first corporate campus, called Bell Labs in New Jersey. General Motors, General Electric and General Life Insurance followed suit with similar suburban campuses in the 1950s. Early campuses had various names – industrial park, research park or technology park – that emphasised a connection to industry and science on the one hand, and nature on the other. 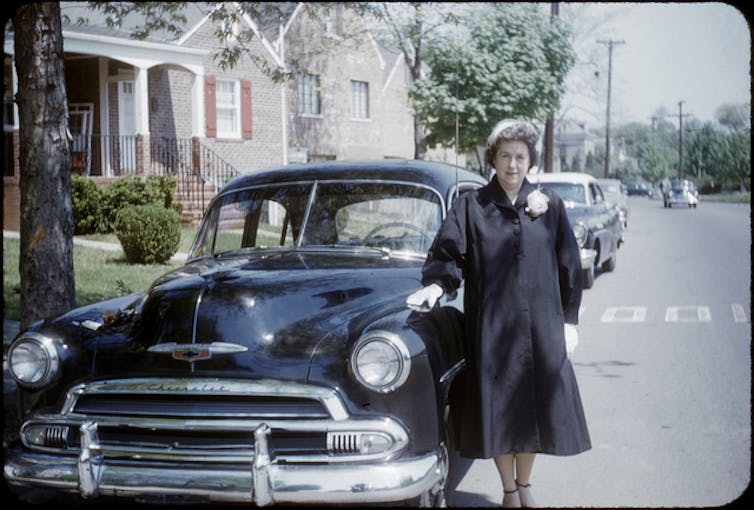 Corporate campuses were tied to the movement of middle class, white Americans, to the suburbs. Chris Warren/Flckr, CC BY-SA

In post-war America, cities were popularly portrayed as “dangerous”, racially divided, crowded and polluted. The suburban campus became a drawcard in “white flight”, as middle class, white Americans fled for the suburbs. Importantly, campuses were only accessible by car.

The lure of the campus

As well as a physical workspace, the campus was a symbolic, cultural and social place. The new campuses were photogenic, promoting the corporation and its values in the media and to potential employees.

In Pastoral Capitalism: A History of Suburban Corporate Landscapes, Louise Mozingo argued that the campus could “cloak the corporation in high-minded institutional garb”. A university-like campus signalled that this was not simply a business, but an organisation working towards a higher purpose.

A campus also suggested a sense of community. With recreational facilities and social spaces, the low-rise campus aimed, symbolically and practically, to promote interaction and collaboration.

As complete environments, corporate campuses expanded the idea of the workplace by including leisure facilities, cafeterias, shopping and service facilities. Playing tennis and drinking coffee on campus became part of an integrated lifestyle curated by the corporation. 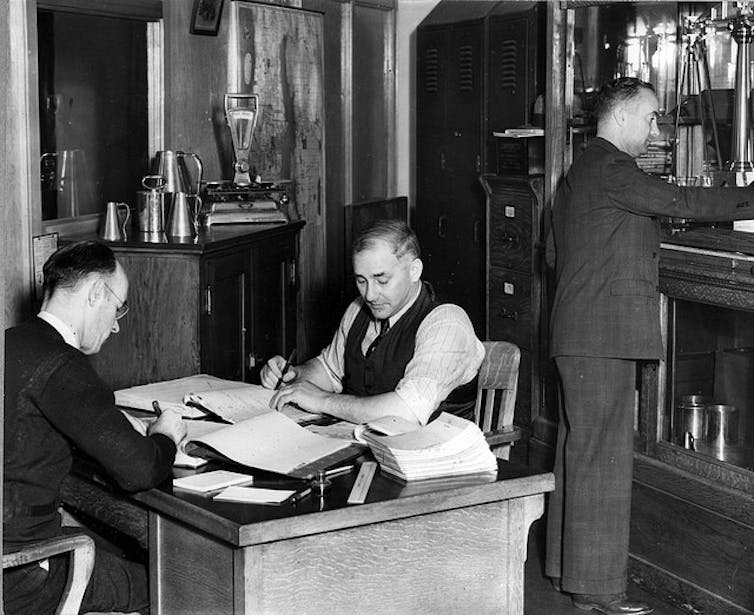 A paternalistic sense of “family” pervaded the carefully designed “home” for employees. As architect Gordon Bunshaft noted “the head man was personally involved and personally building himself a palace for his people that would not only represent his company, but his personal pleasure”. This translated to office design that typically situated women in open plan floors, with the top floors reserved for male managers’ private offices.

By the 1990s, the possibilities of working from home (or anywhere), outsourcing and offshoring challenged the need for a campus. Committing to so much space represented a liability for businesses in an increasingly digital, economically uncertain environment.

Changing political landscapes also presented challenges. For example, in 2014 RBS bank and Lloyds considered moving to England at a cost of £1 billion to each company to manage the “irreversible risk” created by Scotland’s independence plebiscite.

Natural disasters and terrorism also raise questions about centralising an organisation in a single location. Given these risks, why would Apple build a $US5 billion campus? 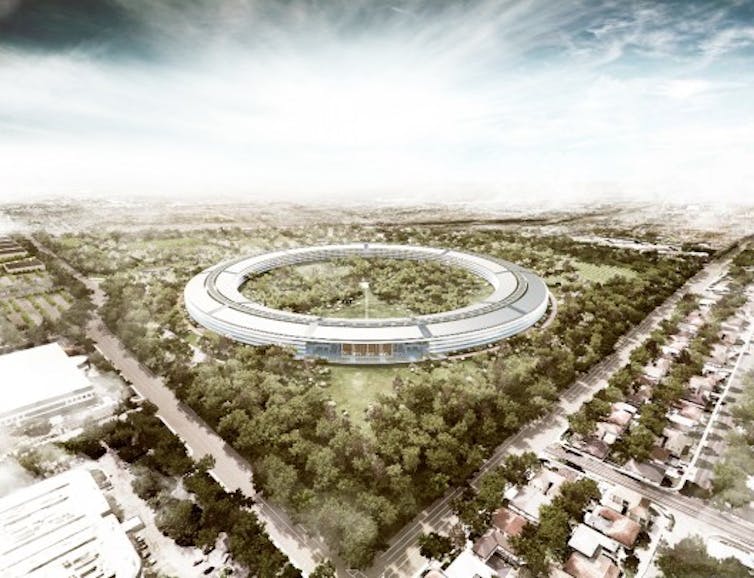 The Apple 2 corporate campus sounds a lot like the fictional campus in the book The Circle. Joe Wolf/Flckr, CC BY-SA

The 21st century Silicon Valley model, complete with sports and recreational facilities, free cafeterias, health-care and commuter buses – as well as institutionalised casual dress and flexible working hours - seems to be an ideal egalitarian workplace. Indeed, a study identified “having a corporate campus” as a critical factor in attracting and retaining staff.The compressed culture of the campus can promote the idea that work is fun, palaces of informality to house workers driven by a belief in a technologically-driven utopia. But the reality might still be sitting for long hours in front of a computer screen.

Campuses can also be exclusive utopias with limited interactions with their surroundings. Private buses shuttling employees to the Google campus have been the source of community resentment and social conflict.

Just as “white flight” contributed to the suburban low-rise and the horizontal corporate campus, the shift from rural to urban environments is shaping the vertical campus. For example, Chinese internet provider Tencent’s campus rises 250 metres above ground, it’s a new model driven by necessity in constrained cities.

Not limited to tech firms, the corporate campus has been embraced by airlines like Qantas and financial institutions like ANZ. Swiss-based pharmaceutical Novartis campus is building a campus composed of buildings by high-profile architects with construction scheduled until 2030.

And the Spanish-based Telefonica campus hosts 14,000 employees, a population higher than that of 90% of Australian towns.

But corporate campuses are not simply big offices. Their popularity over the past fifty years suggests the form is here to stay. A central campus offers an organisation the opportunity to materialise their culture, brand and sense of purpose in the physical landscape.

For employees, it is not just a place to work, but a place they will want to stay and play, eat and socialise. But, as Mae discovers in The Circle, the campus might not be turn out to be the utopia it appears to be.