The government should actually aim to establish a national space policy as part of this announcement. That way it can secure the future of this industry.

In the 1950s, Australia was actively involved in the space industry via collaboration with other space players, including the UK. However, this started to decline since the late 1960s because of the depression and huge cost of space programs.

Read more: Yes, Australia will have a space agency. What does this mean? Experts respond

According to the current IMF statistics, Australia now ranks the thirteenth in the world in terms of its GDP output, but still spends very little on developing its space industry. So it’s not surprising that the industry is now underdeveloped. Though the international space industry generates about US$400 billion a year, Australia contributes only 1% to this figure.

What a stronger space industry means to Australia’s economy

Australia could create more exports in the space industry by developing its own capability to launch satellites and taking more control of data and information acquired through satellites.

The data Australians use every day is now provided by international satellites and overseas corporations. Every year in order to collect information about earth from space, Australia pays about A$5.3 billion to the overseas satellite corporations.

Australia’s space industry currently employs up to 11,500 people. The plan to establish a national space agency could boost these numbers.

Beyond job opportunities for engineers and technicians in space launch services and satellite manufacturing, the industry also needs a great variety of specialists in other areas. For example, as a part of space industry supply chain, chemists are in demand to develop greener rocket fuel.

The space industry even requires lawyers. The international community has established an international treaty regime regulating space activities and as a part of this Australia has accepted various obligations. So the government and companies will need to access professional legal advice to ensure they aren’t violating Australia’s obligations under international space law. 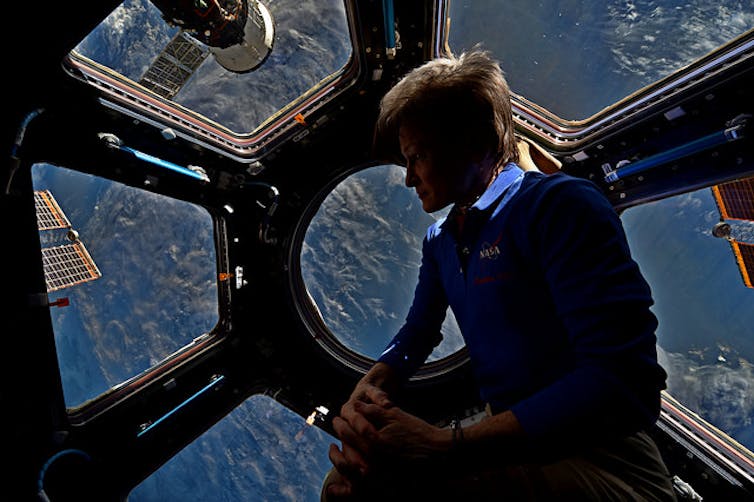 In the context of manned space programs, Australia could also develop medical professionals who could be recruited to research the space environment’s impact on human bodies, as NASA has done in the US.

Australia has a geographical advantage when it comes to being a leader in space industry. From the perspective of physics, the closer the launch site is to the Equator, the heavier satellite the rocket can carry.. That’s why the US has its Kennedy Space Centre in Florida.

In terms of Australia, the Northern Territory’s close proximity to the Equator makes it an ideal rocket launch site for space missions. Perhaps this is why the NT government has shown interest in developing a space industry in the state.

In fact, a few state governments have been part of the push to develop a stronger space industry. South Australia and ACT were lobbying for a national space agency earlier in 2017 and the NT recently joined this push. This could have inspired the federal government to do more to be a national leader in developing space industry.

Read more: Just one small step for Australia’s space industry when a giant leap is needed

Given the technology-intensive nature of space industry, talent is very important for sustainable success. A number of Australian universities have conducted either their own space research projects or with overseas partners. This sort of research has fostered a large team of space specialists.

In addition, state governments, have also discussed space technology collaboration with foreign governments. For example, the South Australia government held talks with the French government on developing more talent in preparation for a growing space industry.

Given Australia’s big size and its reliance on space technology and service, it’s important for the nation to establish its own stronger space industry to meet its needs. Australia has a few advantages in developing this and a national space agency will definitely be a boost to this aim.