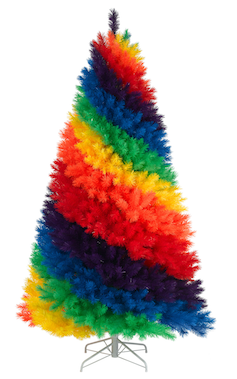 Because Baby Jesus would have wanted it this way…

No, not the ever-earlier encroach of Christmas. (My view on that particular “lament” is that if consumers really cared, they’d vote with their wallets and force stores not to brandish their baubles until December. But we don’t so they don’t).

Rather, it’s September 21 and I’ve spotted my first “won’t someone think of the children/Baby Jesus” story.

News.com.au this morning published a true tale of contemporary woe: Big W are selling gloriously fake trees - no problem there, Jesus was, big time, all about the plastic - in boxes that don’t include the word Christmas. Without the C-word, apparently, we’re completely lost at sourcing the perfect festive erection for our loungerooms.

Pushing aside my curiosity about a world where the midnight social media musings of a handful of pearl-clutchers make the news, nonetheless, here we are in our outrage culture where this kind of malarkey has a well-established audience.

Such a story slips nicely into the dross news file with copy about council carol ceremoniess singing less First Noel and more Feliz Navidad. Such a story sits comfortably alongside the “political correctness gone awry”, “Christianity trampled by heathens/Muslims”, “Christmas losing its meaning” faux-rage pieces that’ll be foisted upon us a'plenty in the coming months. 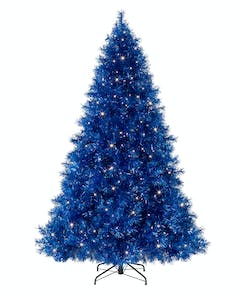 I’ve spent the past eighteen months in a Yuletide bubble writing a book about Christmas films. (A book, I hasten to note, will be the perfect to slip under your unlabelled festive bush come the 25th).

Aside from torturing myself with near on 1,000 screen portrayals, I’ve read an awful lot of what’s been written about the season. (Including, God forbid, Sarah Palin’s war on Christmas tome). With so much out there, this article really shouldn’t be the first time someone assures you that worrying about Big W’s boxes is equal parts ritual and rubbish.

I’d like to blame Kellyanne Conyway for our alternative facts predicament, alas, the mass broadcast of nonsense myths and misunderstandings has a much longer history.

The tale of America’s “Christian” origins for example, is one that’s been told and retold and had hoods donned and tiki-torches lit all in defence of it. Complete and utter nonsense to anyone who’s ever cracked the spine of a history book, but nations are nothing without their myths.

Equally, the “Christian” origins of the turkey-and-racist-uncle-celebration we call Christmas is every bit as dubious.

Let’s for a moment side-step the notion that if a birth did happen in a manger most historians and a good few theologians agree it probably didn’t do so in December. Let’s stick to the actual celebration. You know, the trees and the pudding and the Elf on the bleepin’ Shelf palaver.

Christian churches weren’t celebrating the birth of Christ. “Christmas” wasn’t a holiday on the Christian calendar in fact, until several hundred years later. 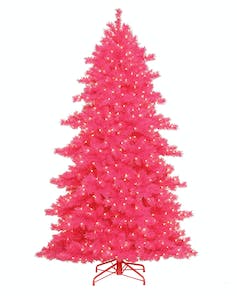 When we take the time to trace the origins of the way we celebrate, rather than locating any “original” holiday, instead, we find a hodgepodge. We find festooned trees taken from Germany, stockings from the Netherlands, and pretty much everything else from those the celebrations Big Cs: Clement Clarke Moore, Charles Dickens and Coca Cola. Not to mention more than a little from Mr Rockwell. Add in the notion of a pagan Winter festival to keep spirits up in a cold, dark Northern Europe and rather than sourcing any kind of authentic celebration, instead, we uncover the disparate origins of an holiday that’s morphed and expanded overtime. That continues to morph and expand.

Pretending that there’s something original to zealously protect, or lamenting that the “true” reason for the season has been lost might be holiday busywork for some, sure, but it’s not historically accurate.

Not that I don’t understand people clutching to their “time-honoured” traditions, of course. Surely nothing is more traditional - nothing more divine - than religiously purchasing only suitably labelled trees from discount stores and only ever imbibing hot-cross buns on those biblically sanctioned bun-eating days. Not to mention the traditions of complaining about the ever-earlier arrival of carols in the stores and the tradition of fearing that Christ gets re-crucified every time someone says “Happy Holidays”.

We’re nothing without clutching to the myth of a perfect past. 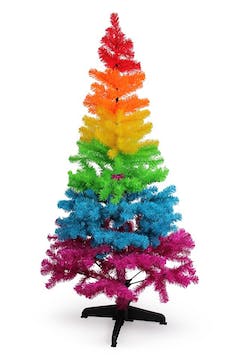 … But most of all this way.

Nostalgia is not merely the vague longing for the past. At least not the past as fact, as lived. Nostalgia is about longing for a past that’s idealised, that’s imagined. It’s all the chestnuts-roasting-on-an-open-fire, treetops-glistening-and-children-listening sepia-hued Christmases of yore that were less lived and more televised.

We want to believe that there was once a beautiful, perfect Christmas where stores knew their place and where kids wrote heartfelt thank you notes to their elders (and where no one was a vegetarian insisting she most certainly wouldn’t be eating potatoes cooked in lard, thank you very much). We can’t go back to that nebulous time or place, so instead we just pine mercilessly for it. That doing this is as much a holiday ritual as anything our family has decided to label “traditional”.

So go on, boycott Big W and, while you’re at it, take a moment to write to your local school and insist that the kiddiewinks be forced to channel their inner Boney M. and sing about Mary’s Boy Child until their throats bleed. Like they used to.

Christmas is nothing, afterall, without our delusions.