Our research examining the effects of holding a live crocodile on slot-machine gambling has won one of this year’s infamous Ig Nobel prizes.

The award was one of several presented at a ceremony at Harvard University in the US on Thursday night, which honours research topics that “first make people laugh, then make people think”. They’re often regarded as a parody of the Nobel Prizes.

The judges said to all those who didn’t win an award, “better luck next year” and repeated the same to the recipients.

Our original research paper, Never Smile at a Crocodile: Betting on Electronic Gaming Machines is Intensified by Reptile-Induced Arousal published in the Journal of Gambling Studies in 2010, did get some coverage at the time.

Now that our work has been awarded the 2017 Ig Nobel prize for Economics, does it mean the influence of emotions on people’s gambling may get more attention in the literature?

Frankly, probably not. People will laugh a little, and carry on with their lives. 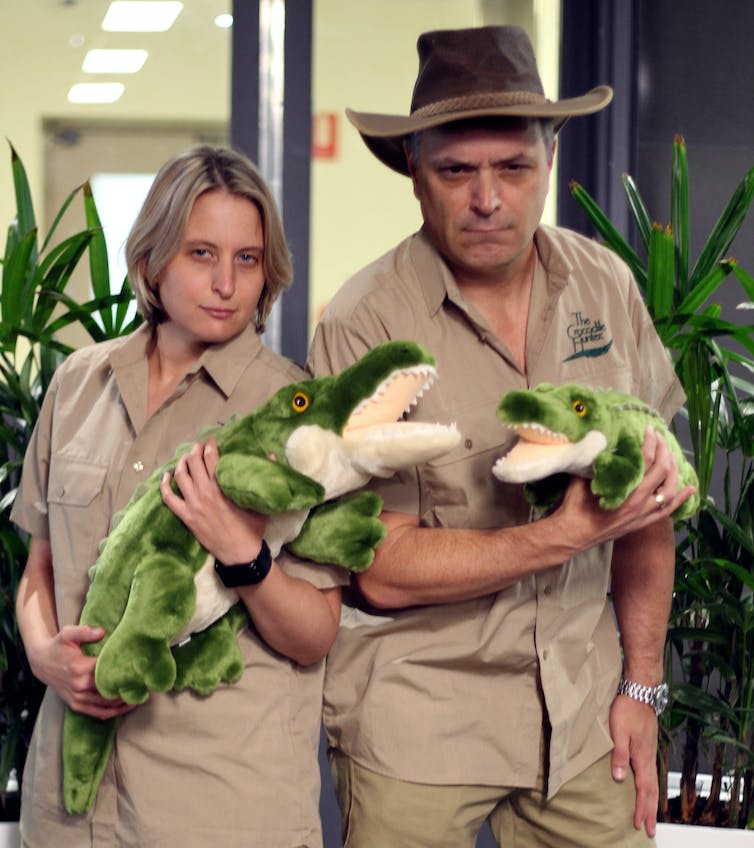 But the research addressed a surprisingly serious topic of how gambling is affected by the excitement generated by pokies or slot machines.

One of the important entertainment elements of gambling is its ability to generate excitement. This excitement is particularly important for people with pre-existing gambling problems, who often suffer from low moods.

The research was devised to subtly manipulate excitement just prior to gambling. 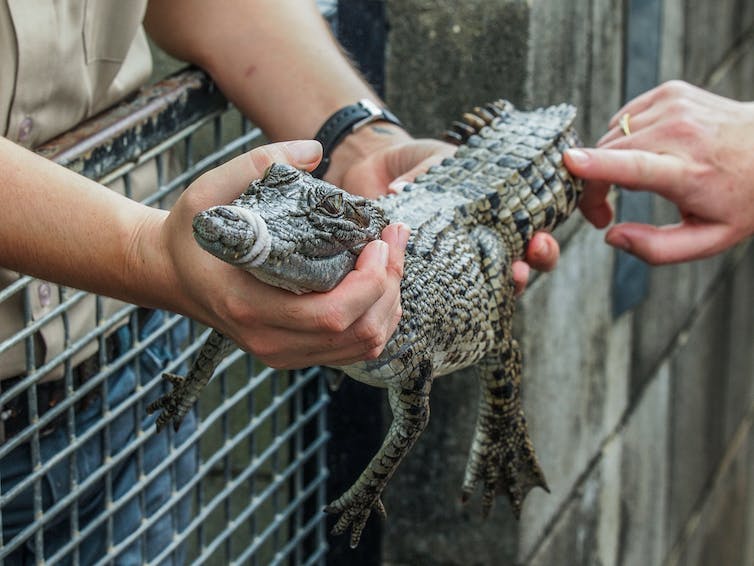 The researchers used smaller crocs like this one as part of the study. Shutterstock/Digital Video Bank

Our supposition was that some of the excitement from holding the crocodile would be misattributed to the gambling experience, allowing us to study how that feeling of excitement might influence gambling decisions.

So we attended 100 crocodile tours at the Koorana Crocodile Farm in Coowonga, Central Queensland, Australia. For about half of the tours, we approached people at random to play a simulated pokie game before entering the farm and having any contact with crocodiles.

For the other half of participants, they were approached immediately after holding a live one-metre crocodile. Photos holding the crocodile are a feature of the end of the tour, and most tourists take a turn holding this ancient - and potentially deadly - animal.

We measured all aspects of people’s real-money gambling on our simulated pokie game. We also took standard measures of people’s physiological state and mood, and surveyed them for any pre-existing gambling problems.

Most of our subjects, the tourists at the croc farm, had fun holding the croc. The juvenile crocodile had its mouth taped shut, but still had sharp teeth protruding from its mouth.

It also had sharp claws, and tourists were advised to handle it carefully. In our debriefing of the participants, nobody indicated an awareness that the crocodile had any influence on their gambling decisions.

But our results showed that people with pre-existing problems bet larger amounts after they held a one-metre crocodile, as long as they did not rate themselves as having a negative mood.

In contrast, gamblers with pre-existing problems who were in a negative mood bet substantially less. This demonstrated that emotions are an important determinant of gambling choices.

The research used a paradigm consistent with experimental realism, in which the goal was to simulate the psychological processes involved in real-world gambling rather than to simulate the mundane realism of the casino environment.

Ig Nobel recognition of the research

Great science and great humour are often based on a surprise or unexpected results. It is important for people to understand that not all research has to be stuffy to be valuable.

Public recognition for our research through the Ig Nobels may allow people to “laugh”, but also to “think”. People need to be more aware of how their emotional states can influence their gambling decisions so that they can make better gambling choices.

The crocodile study was actually completed ten years ago, and we have made great progress since in understanding gambling choices. Our more recent research looks at gambling harms and benefits, with the purpose of trying to identify what amount of gambling is “too much”.

Read more: From ‘Huh?’ to ‘Who?’: the universal utterances that keep us talking

Many people participate in gambling with measurable recreational benefits. The key to engaging successfully with gambling products, including slots, is to maximise the benefit and minimise the harms.

One of our new research platforms to examine this and other questions is a customised Luck Lolly Slots slot machine game available from iOS and Android app stores. It’s been developed by CQUniversity for a research project investigating pokie-style mobile apps and is available for free (with no in-app purchases and no ads).

As for the Ig Nobel prize, it includes a cash award of 10 trillion Zimbabwe dollars. This will soon be spent by the research team on necessary supplies: two cups of coffee at Dunkin’ Donuts (medium, no milk).