Indonesia should put in place a law on the creative economy to allow businesses in the sector to operate with legal certainty.

Supporting the growth of the creative economy will spur job creation, an answer to the country’s problems of rising inequality, youth unemployment and exploitation of Indonesian workers abroad.

What is the creative economy?

It follows the definition from the UK’s Department for Culture, Media and Sports:

“industries which have their origin in individual creativity, skill and talent and which have a potential for wealth and job creation through the generation and exploitation of intellectual property”.

These industries have the potential to provide much-needed jobs in Indonesia. The World Bank has reported that, despite sustained growth in the past decade, Indonesia is facing rising inequality between rich and poor. Only 20% of Indonesia’s population benefited from the country’s growth, while 200 million people are struggling.

Large numbers of Indonesians of productive age have low education levels. Many are stuck in low-wage informal jobs.

The popularity of IT-based start-up businesses that provide apps for transportation services in Indonesia, such as Go-jek, Grab Bike, Grab Taxi, Uber, Blue-Jek and Lady-Jek, is a great example of the creative economy’s potential.

Go-jek, which connects motorcycle taxi drivers with passengers, has now attracted 200,000 motorists, half of them in Jakarta. Motorists who uses these apps have reported a two to three times increase in income.

Countries such as Australia and the United States have expressed interest in investing in the growing digital creative industry in Indonesia.

Currently, a bill on the creative economy is in the Indonesian parliament. Lawmakers should make it a priority to pass the bill into law.

To provide guidelines for the government, businesses and intellectuals to develop creative industries, Indonesia’s Ministry of Trade had published policy blueprints “Creative Economy Development Plan 2009-2015” and “Creative Industry Development Towards a Creative Economy 2025”. President Joko Widodo has also set up a Creative Economy Agency (BAKREF). The agency is tasked with policymaking, program planning, co-ordination and synchronisation with other government agencies, guidance and supervision.

But this is not enough. Without legally binding regulation of the creative economy, industries are being subjected to rigid sector-based regulations. This is creating problems for IT-based referral businesses such as Uber and Gojek, which have been facing legal hurdles as the Transport Ministry deems them illegal.

A law on the creative economy would support business players who are looking to create innovative ways to provide goods and services. It would provide incentives for businesses, such as tax holidays, access to financing sources and intellectual property rights (IPR) facilities.

The legislation will also create rules and obligations for business players. These incentives can be taken away from them if violations occur.

Legislating for the creative economy will bring certainty for businesses and legally bind the government to support the sector. In the end, it could create wider employment opportunities in Indonesia. 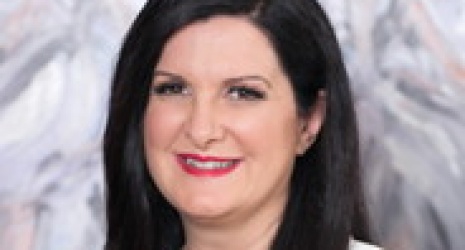