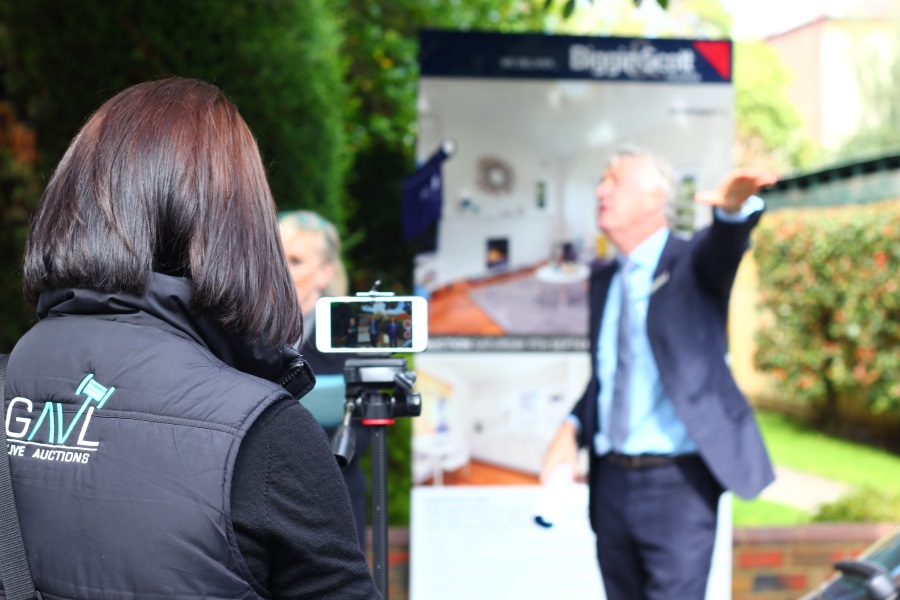 As contestants of Nine Network’s The Block 2018 head closer towards the finish line, one team will have an exclusive secret weapon that will put them ahead of the competition on auction night.

In a first for the reality renovation program in Australia, contestants Courtney and Hans will have the advantage of using Gavl (gavl.com) – the leading digital platform for live bidding and live streaming real estate auctions – to attract more bidders to their apartment auction in the season finale.

The contestants’ selling agent, Wilson Agents, will use Gavl on the night to enable potential bidders to watch and bid on 2/34 Fitzroy Street, St Kilda, from wherever they are. This will assist in broadening the buyer pool for the 3-bedroom, 2-bathroom apartment as potential bidders won’t need to physically attend the auction or use a buyer advocate, unlike those interested in the other properties.

Gavl’s livestreaming and live bidding functionality will be available to pre-registered and authenticated bidders on Gavl. On the night, Gavl will livestream the auction event at the Gatwick Hotel apartments to registered bidders, with Gavl representatives onsite to announce any bids from the remote buyers as they come through the app.

Despite Courtney and Hans’ apartment being the largest (298sqm) in the former Gatwick Hotel apartment block, it has the lowest price guide among all five apartments: $2.2-2.4 million. The contemporary-style apartment, which won the first room reveal on The Block 2018 with its luxurious main bathroom, is thought to be popular among investors with its largest depreciation schedule and strong rental prospects.

Wilson Agents lead agent Jesse Raeburn says: “With strong rental returns prospects and a significant depreciation schedule, this property is a great opportunity for any investor. At Wilson Agents, we’ve been using Gavl in our auctions for some time and have been highly impressed with its benefits and convenience for all parties – particularly among investors. As a result, we didn’t have to think twice about using Gavl for this auction on The Block, as our past experiences have shown that it will draw a greater bidding audience and thereby help increase the sales price.”

Gavl CEO Joel Smith says: “We’re thrilled to be helping Courtney, Hans and Wilson Agents when the apartment sells under the hammer in a couple of weeks’ time. We had great success when Gavl partnered with The Block NZ this year to enable remote bidding on all the property auctions in the season finale. One of the NZ apartments sold to a buyer who was bidding through Gavl – so we’re excited to be a part of the Australian version, and hopefully achieve a similar result.”

On average, auctions streamed via Gavl attract 47 per cent more viewers than traditional auctions – maximising the sales potential of properties[1].

About Gavl
Gavl is the world’s market leader in real estate auction livestreaming and bidding technology. Australian-owned, Gavl has the fastest livestreaming technology in the world. Since November 2016, Gavl attracted more than 3.5 million views across 10,000 auctions. The app has been downloaded thousands of times across 50 countries. For more information, visit gavl.com.au.