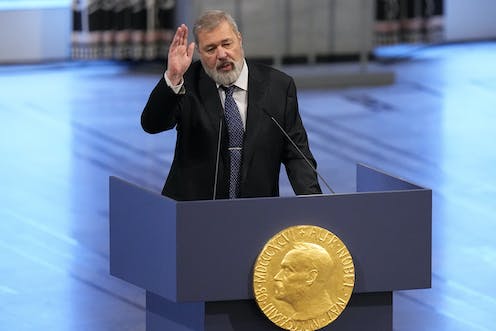 “It is impossible to stop a speeding train by throwing oneself onto the tracks,” wrote Russian poet Dmitry Kuzmin back in March. He was commenting on Olga Gordienko, a young teacher who, before she was arrested, stood for several minutes on a Moscow street...

“It is impossible to stop a speeding train by throwing oneself onto the tracks,” wrote Russian poet Dmitry Kuzmin back in March. He was commenting on Olga Gordienko, a young teacher who, before she was arrested, stood for several minutes on a Moscow street with a sign that read:

At least don’t lie to yourself. War is death. Enough of this bloody fight for peace!

While acknowledging the teacher’s bravery, Kuzmin warned protestors to take care. Change would not come through such isolated acts, however admirable.

What would you do if your country launched a war of aggression, causing tens of thousands of deaths and displacing millions? What if the price of protest or even posting objections on social media was arrest and imprisonment?

What if you knew that over the past decades many of your country’s most outspoken journalists had been killed for refusing to the toe the government line? What if even mentioning the word “war” online, in print, or on the street was illegal?

Would you speak out, or keep quiet and bide your time?

These are the difficult questions facing those Russians who oppose Vladimir Putin and his invasion of Ukraine. They are, of course, nothing compared to what Ukrainians face as their country is brutalised, their towns destroyed, their people raped and murdered. But they are still important questions for the future of both countries and the world at large.

One powerful if all too brief example of how silencing can be turned into speech is Novaya Gazeta, the independent Russian news outlet that held out longest against the new censorship regime. It did so, strangely enough, by seemingly agreeing to be silenced.

On 4 March, just eight days after Russia began its invasion of Ukraine, Putin signed into law legislation criminalising the “public dissemination of deliberately false information about the military forces of the Russian Federation”.

Images and news of Russia’s brutality in Ukraine were condemned as “feki” (fakes), a term borrowed from English that suggests not just deceptiveness but also the influence of what the Russian government likes to call “foreign agents”.

Already under extreme pressure from the authorities,, and now faced with the threat of 15 years imprisonment under the new law, most independent Russian media outlets either shut down operations or moved them abroad. Those that continued to operate had their websites blocked.

For around a month, however, Novaya Gazeta adopted a different strategy. It continued to report on the war using the official euphemism “special operation”, accompanied by parenthetical comments to the effect that “you know what we mean, but we are not allowed to say it”.

Far away in Aotearoa, New Zealand, I followed this cat-and-mouse game with the authorities, as the newspaper attempted to carry on its work while adhering to the letter of the new censorship laws.

Throughout March, Novaya Gazeta held up official lies for ridicule. The Russian government had insisted that there were no conscripts amongst the invasion force. A headline reported that Russian conscripts were being withdrawn from Ukraine “where they never were”.

Novaya Gazeta deployed a similarly absurdist use of blanks to mark the silencing of any mention of the war:

Asked whether he is ready to stop the ___ , Putin answered “no”.

When journalist Marina Ovsyannikova interrupted a live Russian Channel One news broadcast to display a sign protesting the war and the official lies, Novaya Gazeta reported this brief puncturing of the official reality by showing an image of Ovsyannikova’s sign with all the words blanked out except the line “Don’t believe the propaganda.”

Like the blank placards used by some Russian anti-war protestors, the erasure spoke loudly of Russian censorship and propaganda. In its March 16 print issue, Novaya Gazeta went further in uncovering the sign: NO ___ STOP THE ___ DON’T BELIEVE THE PROPAGANDA THEY ARE LYING TO YOU HERE RUSSIANS AGAINST ___

Beneath the cover image with this text ran the headline “The Zombification Was Shaken Live on Channel One”. Here again, the triple deletion of the word “war” arguably spoke even more loudly than Ovsyannikova’s original sign. Like the minds of the zombified, brainwashed viewers, it had been erased. The loudness of this silence was confirmed by the reaction to the cover image. After its release, Novaya Gazeta reported that newsagents were refusing to sell the issue and that copies had been returned to their offices. As the month wore on, possessing a copy of Novaya Gazeta became more dangerous. On 27 March, a St Petersburg news site reported that a protester had been arrested, and that the police had also taken an interest in an elderly woman in the vicinity who had been holding a copy of Novaya Gazeta. Appearing on a news site that generally follows the government line, the article was itself another dim disturbance in the blackout of reality. It showed images and a video of the artist Yevgeniya Isayeva, dressed all in white, standing on the steps of a building on St Petersburg’s Nevsky Prospect and pouring red paint over herself while repeating the words “my heart is bleeding”. Also visible on the video was Novaya Gazeta’s frontpage headline: THERE IS GOOD NEWS. THE WORD PEACE IS NOT YET BANNED. The article reported that the police removed Isayeva within the space of seven minutes. The police asked the elderly woman to put away her copy of Novaya Gazeta, but she was not detained. On 27 March, holding a copy of Novaya Gazeta was not yet illegal. But the following day Novaya Gazeta received its second official warning and was forced to close. Despite its meticulous efforts, the dance with censorship – the newspaper’s attempt to speak through silence – had come to an end. Silence as discretion Russian writers and artists living abroad who oppose the war also have a vexed relationship to speech and silence. Kuzmin – the Latvia-based poet with whose words I began – has turned his energies towards helping Ukrainian refugees and translating and disseminating Ukrainian poetry. This includes the work of Serghiy Zhadan, the Kharkiv poet, novelist and musician, who has for years been writing poetry in response to Russian aggression in the Donbas. Kuzmin argues for prioritising Ukrainian over Russian voices in this time of war. Other Russians living abroad dismiss this view, insisting their work must carry on regardless of the war and that the silencing of Russian culture serves no end. “Should we shoot ourselves in the leg out of solidarity? What is the benefit of that?,” asks the film director Kirill Serebrennikov, who sees no contradiction between his opposition to the war and his high-profile directorial work. Sunday June 12 marked the 30th annual Russia Day celebration. That day, a protest sign was unveiled on the banks of the Moskva River in front of the Ministry of Defence building in Moscow. “Today is not my day,” it read. The statement holds true for Russians who oppose the war both outside and inside the country. Many outside the country recognise that now is not the time for their voices to dominate. Those inside lack the strength and numbers to stop the runaway train of Putin’s bloody war. Novaya Gazeta’s editor Dmitry Muratov, who was awarded the Nobel Peace Prize in 2021 for his journalism, has found another way of underscoring that today is not the day of Russian journalists, artists and writers. As he first announced back in March, he is marking World Refugee Day, on June 20, by auctioning his Nobel medal and donating the proceeds to aid Ukrainian refugees. Muratov’s act once again transforms self-abnegating silence into protest speech. In August 1991, hundreds of thousands of Russians protested the attempted coup by Soviet hardliners. By comparison, the lone protesters now unveiling signs on Russian streets only to be arrested and taken away might seem utterly inconsequential. Like the small group who unveiled banners in Red Square in August 1968 to protest the Russian invasion of Czechoslovakia, today’s protesters will probably have little to no effect this year or next, perhaps even this decade or next. But let us hope that, like the Red Square protest over five decades ago, today’s efforts to speak through silence are heard, if not now, then in the years to come. Authors: Jacob Edmond, Professor of English, University of Otago