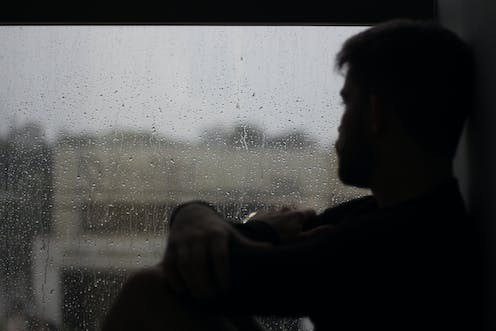 Men’s suicide is often linked to social and economic factors such as financial problems, legal issues and unemployment.

But when seeking to understand men’s suicide, we shouldn’t overlook important questions of responsibility, choice, and agency – especially in the case of men who kill themselves in the context of relationship conflict and intimate partner violence.

Our research, published this week, found threats of self-harm and suicide were a tactic of coercive control men used against female partners.

Together with other forms of physical, emotional, economic and psychological controlling behaviour, threats of self-harm and suicide were intended to instil fear and exert power over women.

What did we study?

We examined cases of completed suicide from the National Coronial Information System and used a subset of data involving 155 suicide cases between 2010 and 2015 in rural Australia. We then qualitatively analysed 32 cases in detail to explore emerging patterns in the data.

Of the 2,511 male suicide cases in our larger study sample, family and intimate partner violence were identified in around 6% of cases.

The use of violence and suicide by men in our study took place primarily during times of separation, divorce, and custody battles. Men’s actions appeared to be based on a belief that threats of self-harm would force women into changing their behaviour.

When changes did not occur, suicide became a final act by which some men sought to punish women who they felt had wronged them. In some cases, men left spiteful messages or damaged (ex) partners’ personal belongings.

What drives this behaviour?

Suicide can be seen as a social act that draws on culturally established meanings. Here we might think of particular “types” of suicide such as the “protest suicide”, or “revenge suicide”.

Alternatively, we might think of acts of suicide that seek to express specific meanings such as grief, shame, honour or suffering.

These approaches are useful for considering how men in our study used suicide as a distinct form of violence to punish women, exact revenge, or lay blame and guilt on women.

The grief and guilt associated with suicide can be especially disruptive to relationships within families, including those between mothers and their children. For some men, suicide may be way of exerting control over (ex) partners, even in death.

These approaches also bring to light masculine ideals around marriage, family, authority, and control over women’s bodies. These were evident in the experiences, expectations, emotions, and actions of men in our study who suddenly found intimate partners out of reach.

Some men threaten suicide as a way of punishing their partner. Shutterstock

How do police respond?

The proportion of men in our study who were in contact with police and/or health services in the weeks before suicide was high.

Police face challenges when managing incidents of violence and threats of self-harm. As primary responders to intimate partner violence and mental health crises, police make important decisions about whether the criminal justice or mental health systems are the most appropriate pathway.

Our study found that in cases of physical violence, property damage, or other criminal offences, including violation of a domestic violence order, men were charged with a criminal offence.

However, in cases involving threats of self-harm, police regularly chose a health system pathway for these men.

What about health providers?

Once in health settings, health professionals typically viewed men’s violence (including threats of suicide) as a temporary crisis, with mental illness and/or alcohol or other drug use seen as important contributory factors.

Treatment then focused on management of these crises, primarily using medication, with a tendency to downplay men’s violent behaviour.

We found there was little evidence for the effectiveness of these interventions, with coroners’ findings identifying several problems in patient discharge, follow-up, and support.

Despite the involvement of police and health services, there was no indication the men in our study received any treatment to address their violent behaviour.

Further, the health and criminal justice interventions they did receive served as short-term responses, were disjointed, and did not directly communicate with each other.

So what needs to happen?

Our study highlights the need for interventions that provide access to well-targeted, well-resourced, collaborative health and community services. There is a particular need for long-term integrated treatment, care, and social support for men experiencing alcohol or other drug use problems.

This requires a whole-of-government response to fund coordinated, collaborative approaches that do not treat social and health problems in isolation.

Also needed are mandated perpetrator programs that hold men responsible for their actions. These need to address the harmful norms of masculinity and consider the needs of men in their entirety.

Read more: How challenging masculine stereotypes is good for men