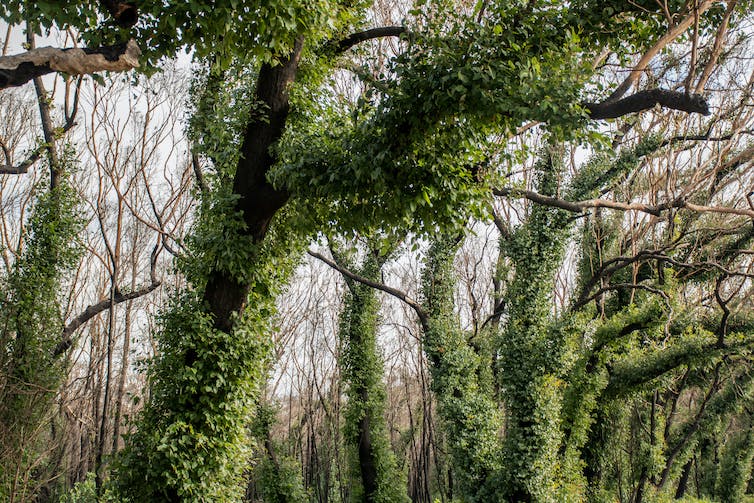 Many Australians who have survived a disaster feel more confident their communities are prepared for the next one. But a third of those living in disaster prone areas don’t feel at all prepared for a disaster, or confident in their ability to recover well.

These are just some of the findings from the national Fire to Flourish survey run by Monash University, which asked more than 3,500 Australians about their perceptions of preparedness and resilience to disasters.

Our research suggests one of the greatest assets following a disaster is the people who experience them. But this asset is hugely underutilised.

Climate projections indicate disasters are going to increase in frequency and severity. But rather than waiting for disaster to strike, there’s an opportunity to be working directly with communities now to build pre-disaster resilience.

Read more: Disaster season is here — do you have a Resilience Action Plan? Here's how the small town of Tarnagulla built theirs

Australia has experienced and recovered from many disasters in the past. But rather than wait for the next one, now’s the time for communities to build pre-disaster resilience. Shutterstock

The Fire to Flourish National Survey surveyed an even split of men and women, and an even division across age ranges and socioeconomic positions.

The biggest difference in perceptions of preparedness and resilience came down to prior experience of disaster.

Experiencing a disaster in the past greatly influenced how prepared and confident people felt about the future. While disaster survivors are often depicted as victims, this is not how they see themselves.

When asked about future disasters, 67% of survivors said they would cope “well” or “very well” if they experienced a disaster event in the next year. Only 48% of those who had never experienced disaster felt the same way.

Challenging experiences can become a source of strength

When people and communities experience extreme adversity they often develop new skills and capabilities. That makes it more likely they will have a resilient response to their next challenge.

People often perceive an increase in community cohesion after disaster, peaking dramatically in the immediate aftermath.

Even ten years after a disaster, both women and men surveyed recalled higher levels of community cohesion than before the event.

However, not everyone reported similar levels of preparedness or resilience.

Particularly concerning is that one third of respondents living in high disaster prone areas don’t feel at all prepared for a disaster, or confident in their ability to recover well. Nearly half of survey respondents said they wouldn’t cope well, or at all, if they experienced a disaster event in the next year.

Nearly half of survey respondents said they wouldn’t cope well, or at all, if they experienced a natural disaster event in the next year. Shutterstock

Having a say in your own community’s disaster planning

These results shine a light on the need for tailored investment to build community-level disaster resilience.

Disaster-affected communities form the backbone of any disaster response. But survivors are often underutilised in shaping plans for their community’s longer-term resilience and preparedness efforts.

In other words, they may be left out of the long term planning. Nearly half of all people surveyed in our study don’t believe they have the agency to improve their community. Only a minority believes their community tries new ways of dealing with crises, or that their community has the opportunity to be actively involved in the planning its own future.

Community resilience will increase if disaster survivors are supported to contribute their strengths and unique lived experiences to lead recovery investments tailored to local priorities and place.

Recent research demonstrates the health and economic harms from disasters in Australia are ameliorated if pre-disaster levels of social cohesion and support are high. These foundations need to be supported.

Communities cannot afford to wait for disaster to strike before they start preparing. Yet many communities are not confident they have the support and resources needed to recover from a crisis.

Learning from and supporting other communities

More focus is needed from government, councils and communities themselves on increasing the disaster preparedness of those likely to face a disaster. Building cross-sectoral connections is key.

Another strategy is to strengthen networks between Australia’s communities so we can better support and learn from each other in community-led resilience building.

This means creating opportunities for disaster survivors to share experiences, knowledge and skills to help their own community recover and contribute to the preparedness efforts of Australian communities more broadly.

The survey findings will inform Fire to Flourish’s ongoing program of work, finding new ways to support communities to lead their own local initiatives to strengthen disaster recovery and resilience.

As the survey showed, people living in disaster-affected communities have crucial knowledge and skills, which should be central to any planning and decision-making on disaster responses and preparation.

Read more: 'Nobody checked on us': what people with disability told us about their experiences of disasters and emergencies