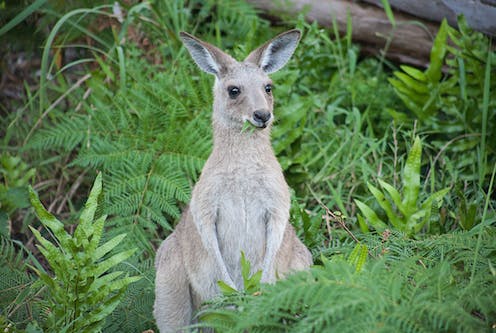 Each year, thousands of wild animals across the world are rescued. They can include young animals saved from abandonment, injury, disease or the death of their parents. Animal carers around the world work tirelessly to help these little animals heal and grow until they are ready to be released back into the wild.

Each year, thousands of wild animals across the world are rescued. They can include young animals saved from abandonment, injury, disease or the death of their parents. Animal carers around the world work tirelessly to help these little animals heal and grow until they are ready to be released back into the wild.

But there can be differences between what captive animals are fed and what wild animals eat. Captive diets can include processed or pre-portioned foods, such as minced meat, peeled, diced or pureed fruit, or feed pellets.

While these kinds of foods generally meet the nutritional demands of growing animals, they are much easier to eat than a typical meal in the wild, and this can have drawbacks for young animals that are trying to grow fit and strong.

In my new research, published today in the journal Integrative Organismal Biology, my colleagues and I show how a diet of exclusively soft foods can hamper skull development in growing animals.

Animals love to munch on foods that are easy to eat, but this may not condition their skulls for life in the outside world. Wildlife Rescue and Rehabilitation Inc, Author provided

Over the past few decades there have been many documented examples of captive animals – including lions, monkeys and marsupial gliders – that have differently shaped skulls to their wild counterparts. These differences are most often found around the bones and locations of muscles used for feeding, prompting some researchers to suggest they are due to differences in diet.

Our research therefore asked whether growing up on a diet that doesn’t need much biting can impact the ability of an adult skull to bite effectively.

Fortunately, we had access to a large, ready-made data set that could help answer this question. Back in 2012, as part of a different research project, 40 rats were fed contrasting diets, from weaning all the way to adulthood. Some ate hard pellets that needed plenty of biting and then chewing; others ate the same food but after it was first ground into powdered meal. When they reached adulthood, CT scans were taken of their skulls.

Using these scans, I created three-dimensional digital models of each rat’s skull, and carried out bite simulations to compare the amount of stress each skull model experienced when subject to the same biting forces. Greater stress would indicate thinner bone.

Bones are often thought of as simple, hard objects. But bone is actually a complex living tissue that constantly adapts to its job. Every time a bone is used to perform an action, it bends a tiny bit. The more often a bone bends over time, the thicker it can grow – especially when lifting or moving heavier things.

Sure enough, my simulations showed that the skulls of rats fed powdered meal experienced the most stress during biting. This supports the idea that the rats that ate softer foods while growing up had less bone deposited in their skull, leaving the skull weaker as a result.

What does this mean for rehabilitation and release of our furry friends during conservation programs? Well, it’s similar to exercise. When someone goes running to prepare for a race, they aren’t just training their bones and muscles to run faster, they’re also reducing their risk of injury by conditioning their body to perform a demanding task.

Read more: Tasmanian devils reared in captivity show they can thrive in the wild

If rescued baby animals are raised on diets full of soft, processed, peeled, chopped, blended or portioned foods, much of the biting and chewing has already been done for them. This means the bones and muscles of their skulls won’t be as conditioned for the tougher foods they may need to eat in the wild. This might leave them more vulnerable to being injured or going hungry when ultimately released.

While pellets are an important source of nutrition for captive-reared animals, adding some grasses and branch clippings to their diet could help them get ready for the real world. Kyabram Fauna Park, Author provided

Naturally, these factors would vary between species. So, these findings simply serve as an additional consideration for all those fantastic animal carers who give their time and effort to conserving our native animals.

Read more: Like a jackal in wolf’s clothing: the Tasmanian tiger was no wolfish predator — it hunted small prey