Email newsletters might be associated with the ghost towns of old personal email addresses for many: relentlessly accumulating unopened updates from organisations, stores and services signed up to and forgotten in the distant past. But over the last few years they have experienced a revival, with an increasing number of writers supplementing their income with paid newsletter subscriptions.

Most recently, Salman Rushdie’s decision to use the newsletter subscription service Substack to circulate his latest book has sparked conversation around this platform and its impact on the world of publishing.

Launched in 2017, Substack allows writers to create newsletters and set up paid subscription tiers for them, offering readers a mixture of free and paywalled content in each edition.

Substack has thus encroached on the traditional territories of newspapers, magazines, the blogosphere – and now trade publishing. Though it is worth noting that until now it has been most enthusiastically adopted by journalists rather than authors.

Rather than monetising the service via advertising, Substack’s profits come from a percentage of paid subscriptions. Substack’s founders see the platform as a way of breaking from the ‘attention economy’ promoted by social media, allowing a space for more thoughtful and substantial writing that is funded directly by readers.

Not a radical disruption

Rushdie’s decision to publish via Substack signals a surprising inroad into one of the areas associated with trade publishing – literary fiction – and certainly makes for a good news story. He is the first significant literary novelist to publish a substantial work of fiction via the platform and Rushdie himself talks jokingly about helping to kill off the print book with this move.

However, the novella that Rushdie is intending to serialise will almost certainly be available in a more conventional format at some point in the future, given all Substack writers retain full rights to their intellectual property.

Other experiments with digital self-publication by prominent fiction authors, such as Stephen King’s novella Riding the Bullet (first published independently as an eBook), and the fiction first generated on Twitter by writers like David Mitchell and Neil Gaiman, have made their way to traditional publishers. 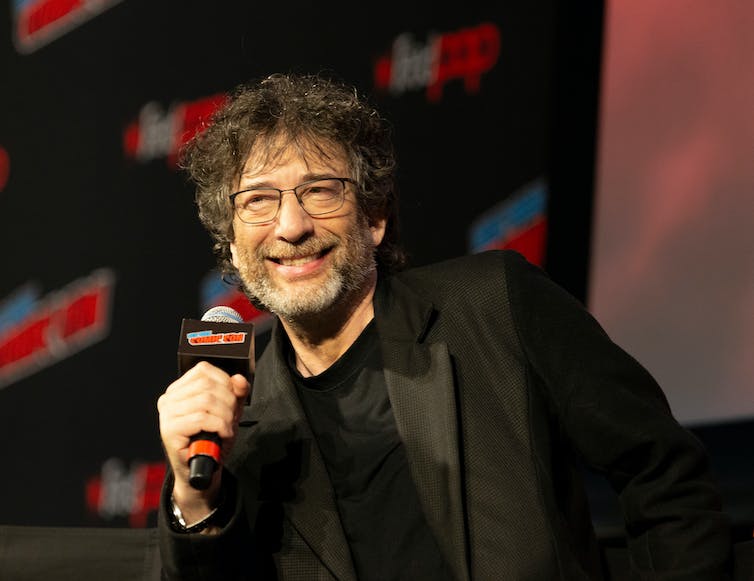 While this movement provides excellent publicity for Rushdie and the Substack service, it’s perhaps better understood as a limited term platform exclusivity deal than as a radical disruption of the literary publishing ecosystem.

Potentially more interesting is what the “acquisition” of Rushdie by Substack illustrates about their operation as a digital service. Throughout its history, Substack has offered advances to promising writers to support them while they cultivate a subscriber base.

This practice has now been formalised as Substack Pro, where selected writers, like Rushdie himself, are paid a substantial upfront fee to produce content, which Substack recoups by taking a higher percentage of their subscription fees for their first year of writing.

The exact sums paid vary between writers, but it is not dissimilar to a traditional advance on royalties. When coupled with some of the other services that are available to writers with paid subscriptions – like a legal fund and financial support for the editing, design, and production of newsletters – Substack can be seen as operating in a grey area between publisher and platform.

They pursue promising and high-profile writers, generate income, and provide services in ways that parallel the operations of trade publishers, but do not claim rights or responsibilities in relation to the content that is produced.

Although Substack do not see themselves as commissioning writers it could be argued they do play an editorial role in curating content on their platform through not terribly transparent Substack Pro deals and incentives.

The evolution of Substack

Recently Jude Doyle, a trans critic and novelist, has abandoned the platform. They note the irony of how profits generated by the often marginalised or subcultural writers who built paid subscriber bases in the early days of Substack are now being used to fund the much more lucrative deals offered to high-profile right-wing writers, who have in some cases exploited Substack’s weak moderation policy to spread anti-trans rhetoric and encourage harassment.

It could be argued Substack Pro is evolving into an inversion of the traditional (if somewhat idealised) publishing model, where a small number of profitable authors would subsidise the emergence of new writers. Instead, on Substack, profits generated from the work of large numbers of side-hustling writers are used to draw more established voices to the platform.

The founders of Substack have been unapologetic about their policies, considering the “unsubscribe” button to be the ultimate moderation tool for their users. They do, however, acknowledge Substack’s free-market approach may not appeal to all and anticipate competition from alternatives.

At this stage, the use of newsletters for literary fiction is an experiment, and it remains to be seen if it will be sustainable. As Rushdie puts it: “It will either turn out to be something wonderful and enjoyable, or it won’t.”