Am I not pretty enough? This article is part of The Conversation’s series introducing you to unloved Australian animals that need our help.

Spiny-tailed skinks (Egernia stokesii badia), known as meelyu in the local Badimia language in Western Australia, are highly social lizards that live together in family groups — an uncommon trait among reptiles.

They’re culturally significant to the Badimia people but habitat degradation and mining has put them under threat of extinction.

These sturdy, mottled lizards — which live in colonies in the logs of fallen trees and branches — are a candidate for what researchers call “mitigation translocation”.

That’s where wildlife are relocated away from high-risk areas (such as those cleared for urban development or mining) to lower risk areas.

It might sound simple. But research shows these mitigation translocation decisions are often made on an ad hoc basis, without a long-term strategic plan in place. 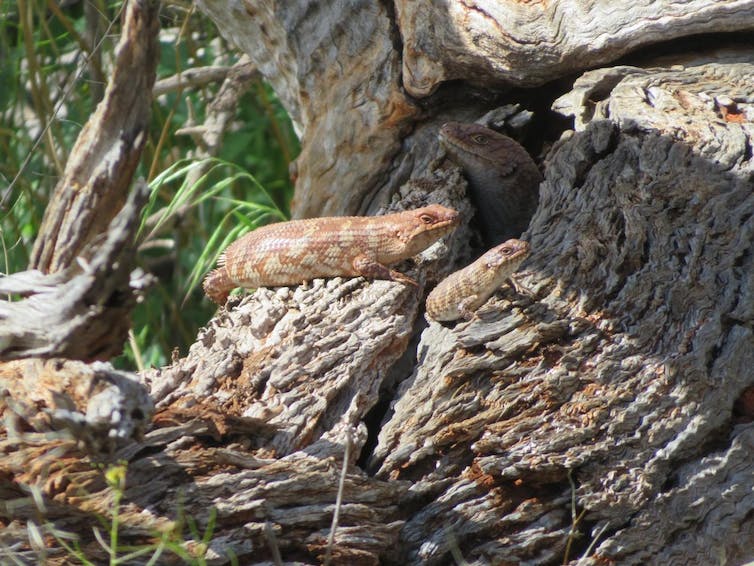 Not enough pre-planning or follow-up

There has been much research into assisted relocation of larger, charismatic mammals and birds. But other animals, such as reptiles with a less positive social image, have been less widely studied.

Mitigation translocation studies also rarely consider long-term implications such as how relocated animals can impact the site to which they are moved — for example, if the ecosystem has limited capacity to support the relocated animals.

But it’s not just about ecosystem benefits. Preservation of species such as meelyu also has cultural benefits — but mitigation translocation can only be part of the solution if it’s done strategically.

Read more: Hundreds of Australian lizard species are barely known to science. Many may face extinction

The meelyu: a totem species

As part of Holly Bradley’s research into understanding how to protect meelyu from further loss in numbers, she had the privilege to meet with Badimia Indigenous elder, Darryl Fogarty, who identified meelyu as his family’s totem.

Totemic species can represent a person’s connection to their nation, clan or family group. 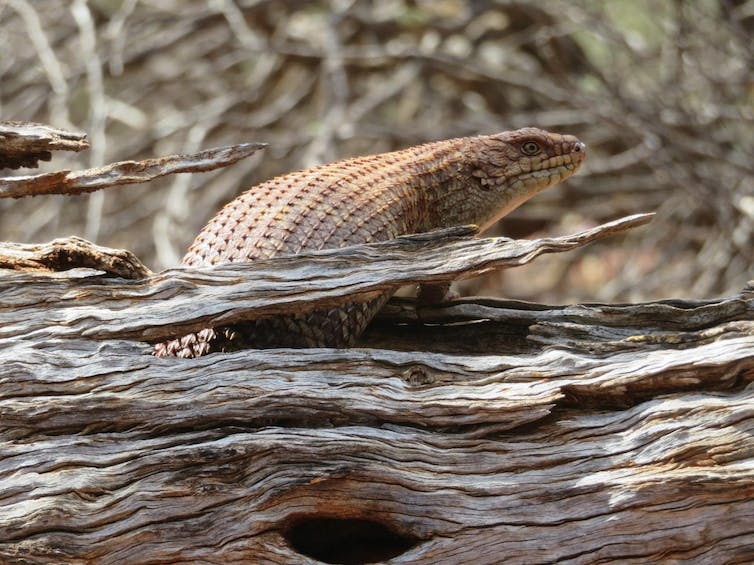 The meelyu or Western Spiny-tailed Skink is significant to the Badimia people and require translocation as part of mine site restoration and mitigation of population loss. Holly Bradley, Author provided

Unfortunately, Darryl Fogarty cannot remember the last time he saw the larger meelyu in the area. The introduction of European land management and feral species into Western Australia has upset the ecosystem balance — and this also has cultural consequences.

Preserving totemic fauna in their historic range can be a critical component of spiritual connection to the land for Indigenous groups in Australia.

In the past, this spiritual accountability for the stewardship of a totem has helped protect species over the long term, with this responsibility passed down between generations.

Before European colonisation, this traditional practice helped to preserve biodiversity and maintain an abundance of food supplies.

A strategic approach to future meelyu relocations from areas of active mining is crucial to prevent further population losses — for both ecological and cultural reasons.

If we are to use mitigation translocation to shore up their numbers, we need effective strategies in place to boost the chance it will actually help the meelyu.

A holistic approach to land management and restoration practice considers both cultural and ecological significance.

It supports the protection and return of healthy, functioning ecosystems — as well as community well-being and connection to nature.

Mitigation translocation could have a role to play in protection of culturally significant wildlife like the meelyu, but only when it’s well planned, holistic and part of a long term strategy.

Read more: Photos from the field: Australia is full of lizards so I went bush to find out why