On Monday, the Intergovernmental Panel on Climate Change (IPCC) released the first instalment of their sixth assessment report. As expected, the report makes for bleak reading.

It found all regions of the world are already experiencing the impacts of climate change, and its warming projections range from scary to unimaginable.

But the report also makes for dry reading. Even the Summary for Policymakers, at 42 pages, is not a document you can quickly skim.

Local governments, national and international policymakers, insurance companies, community groups, new home buyers, you and me: everyone needs to know some aspects of the IPCC’s findings to understand what the future might look like and what we can do about it.

Read more: This is the most sobering report card yet on climate change and Earth's future. Here’s what you need to know

With climate action more crucial than ever, the IPCC needs to communicate clearly and strongly to as many people as possible. So how is it going so far?

The most assertive report in 30 years

The gruelling IPCC process and an extensive author list of 234 scientists make IPCC reports the world’s most authoritative source of climate change information. Every sentence is powerful because each one has been read and approved by scientists and government officials from 195 countries.

So when the report states “it is unequivocal that human influence has warmed the atmosphere, ocean and land”, there is absolutely no denying it. In fact, the IPCC has become progressively more assertive in the 30 years it has been assessing and summarising climate science.

In 1990, it noted global warming “could be largely due to natural variability”. Five years later, there was “a discernible human influence on global climate”. By 2001, “most of the observed warming […] is likely to have been due to the increase in greenhouse gas concentrations”.

This week’s reference to “unequivocal” human influence pulls no punches. 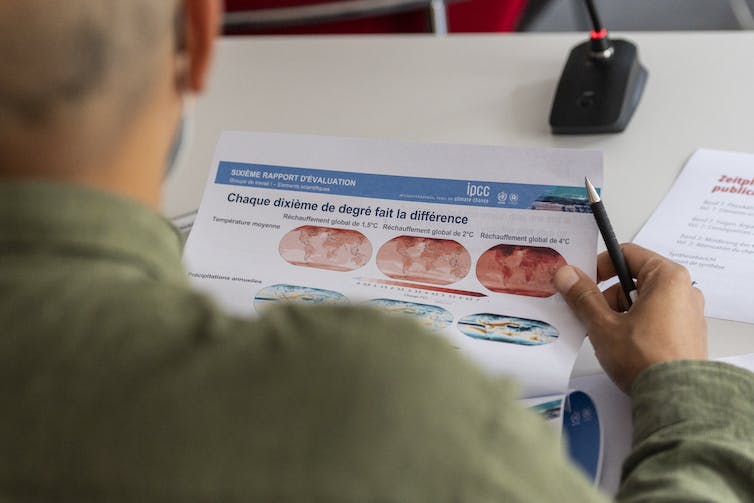 The IPCC needs to communicate clearly and strongly to as many people as possible. EPA/ALESSANDRO DELLA VALLE

Why has this language changed? Partly because the science has progressed: we know more about the complexities of the Earth’s climate than ever before.

But it’s also because the report’s authors understand the urgency of communicating the message effectively. As this week’s report makes clear, limiting warming to the most ambitious 1.5℃ goal of the Paris Agreement may be (at least temporarily) out of reach within decades, and the goal of keeping warming below 2℃ is also at risk.

As the IPCC’s scientific assessment reports are only published every seven years or so, this may be the authors’ last chance to warn people.

Communicating any science is hard, but climate science has particular challenges. These include the complexities of the science and language of climate change, people’s misunderstanding of risk management, and the barrage of deliberate misinformation.

The IPCC has standardised the language they use to communicate confidence: “likely”, for example, always means at least a 2-in-3 chance. Unfortunately, research has shown this language conveys levels of imprecision that are too high and leads to readers’ judgements being different from the IPCC’s.

The gruelling report approval process also means IPCC statements can be conservative to the point of confusion. In fact, a 2016 study showed IPCC reports are getting harder to read. In particular, despite the IPCC’s efforts, the Summaries for Policymakers have had low readability over the years, with dense paragraphs and too much jargon for the average punter. 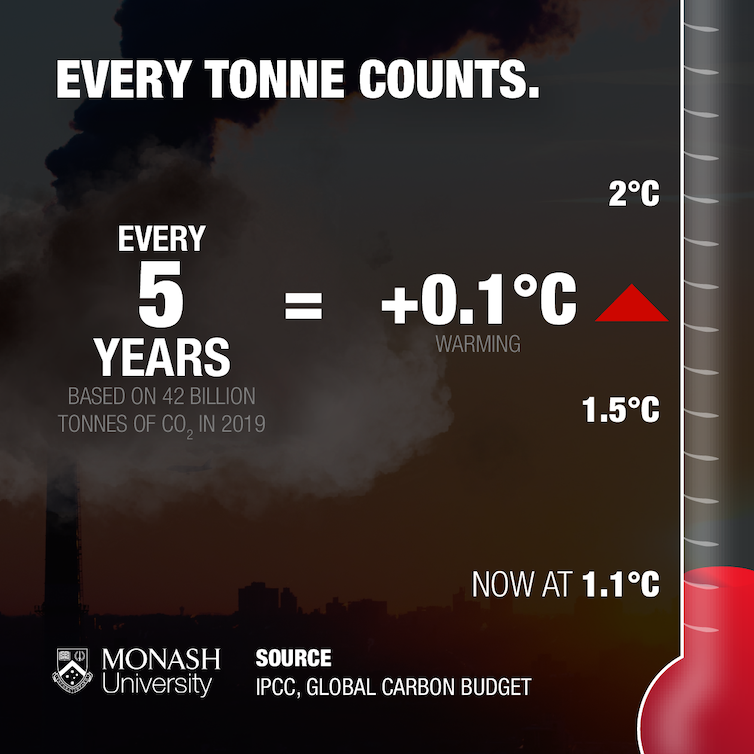 Condensing the IPCC report to its highlights, such as in this graphic, is an effective way to engage time-poor readers. Monash Climate Change Communication Research Hub/IPCC

There has also been a rise in communication barriers since the final part of the IPCC’s Fifth Assessment Report was released in 2014, including more fake news, and climate news fatigue.

The IPCC’s complex results can appear controversial and hotly debated, because of politicisation and a well-funded disinformation campaign from fossil fuel giants. And with news so often passed through social media, it’s easy for people to turn to someone they trust, even if that person’s information is wrong.

Read more: Fossil fuel misinformation may sideline one of the most important climate change reports ever released

While there has been an increase in communication imperatives, including the urgency for action and the increase in science information, these are all taking place during a headline-stealing global pandemic.

Also, people are exhausted. Eighteen months of living with a pandemic has probably shrivelled everybody’s ability to take on more big problems.

On the other hand, hunger for COVID-19 information has raised familiarity with exponential curves, model projections, risk-benefit calculations, and urgent action based on scientific evidence to combat a global threat.

To address the challenges of communicating the science, climate communicators should aim for consistent messages, draw on credible information, focus on what is known rather than the uncertainties, offer tangible action, use clear language that avoids despair, connect locally, and tell a story.

To a large extent, Australian contributors to the IPCC release this week have done just that, chiselling relevant facts from the IPCC’s brick of a report into blogs and bites.

To its credit, the IPCC has also provided a plethora of communication resources in different formats. This includes videos, fact sheets, posters and, for the first time, an interactive atlas enabling you to explore past and possible future climate changes in any region.

However, there’s (so far) less focus on information for different audiences, such as students, young people, managers and planners rather than just politicians and scientists.

And the atlas, while a great tool, still requires users to have some climate science literacy. For example, average users looking for future climate information may not understand that CMIP6 and CMIP5 are the next, and previous, generations of climate models used by the IPCC.

While mainly focusing on the report’s terrifying findings and commitment to global warming, media coverage this week also emphasised the importance of immediate action, and sources of hope.

This is a positive approach because feeling that humanity cannot, or will not, respond adequately can lead to a lack of engagement and action, and eco-anxiety.

As Al Gore pointed out 15 years ago in An Inconvenient Truth:

there are a lot of people who go straight from denial to despair without pausing on the intermediate step of actually doing something about the problem.

Early next year, the IPCC will release two volumes about ways to adapt to, and reduce, climate change. After the confronting results of this first volume, the next two must provide messages of hope if we’re to keep fighting for our planet.