Indeed they do. They can’t fly through the air but they can fly underwater.

Hummingbirds, which fly in the air, are the only other type of bird that use both the muscles in their chest and between their shoulders to move their wings.

Most birds only use the muscles in their chest. (For the adults in the audience, this is what scientists call a “powered downstroke”. Penguins, and hummingbirds, have a powered upstroke also, whereas other birds have a passive upstroke.)

Read more: Curious Kids: if trees are cut down in the city, where will possums live?

A penguin has to work harder than other birds to fly. Even though they work hard, penguins move very fast underwater, especially when they are chasing food such as fish.

They keep streamlined, like a torpedo, with their feet close to their body and under their tail. But a penguin uses its feet, head and sometimes its tail when it wants to change direction.

Read more: Curious Kids: when a snake sheds its skin, why isn’t it colourful? 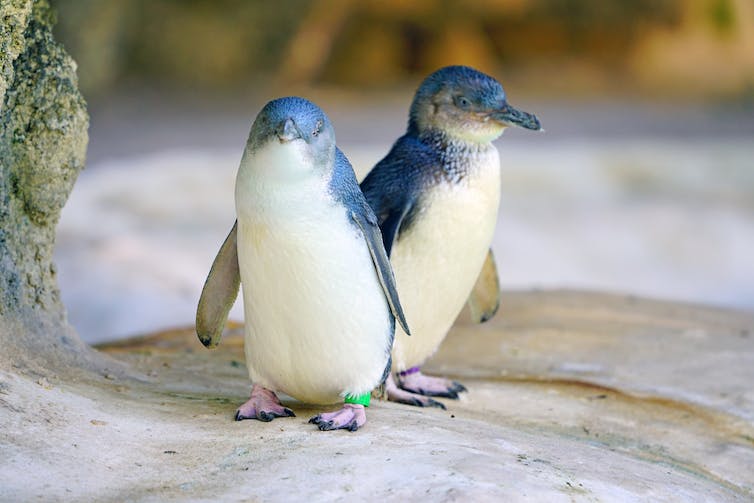 Also, the wings of birds that fly in the air can bend. But a penguins’ flippers can’t bend, and this means they can fly strongly through the water without breaking their flippers.

Penguins have adapted to feed in the ocean but to also live on land, where they build nests, lay eggs and raise chicks.

They are truly amazing animals. 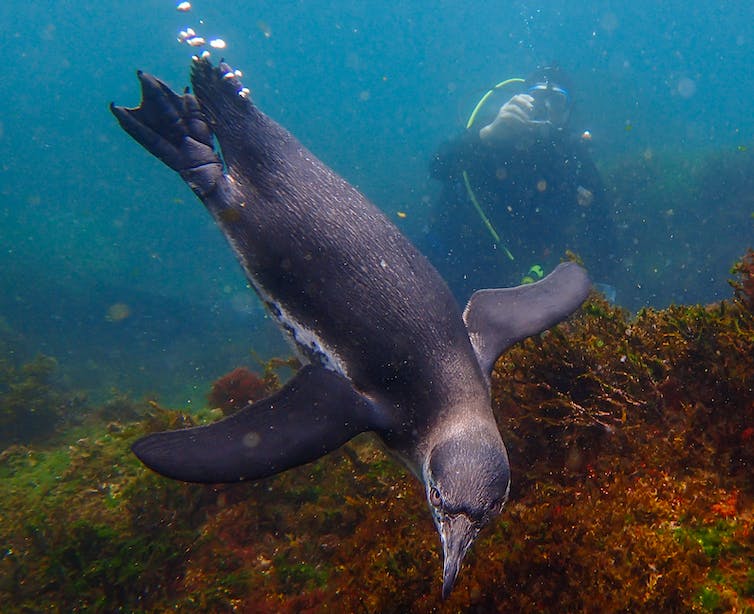 Penguins can change direction very fast when they are underwater. Shutterstock

If you’re a Curious Kid with a question you’d like an expert to answer, ask an adult to send it to curiouskids@theconversation.edu.au