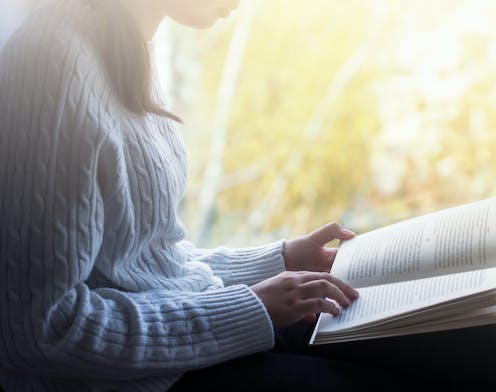 This article is part of a series providing school students with evidence-based advice for choosing subjects in their senior years.

English (or an equivalent literacy requirement) is a compulsory subject for all secondary students in Australia. In years 11 and 12 there are several types of English subjects to choose from.

This article is part of a series providing school students with evidence-based advice for choosing subjects in their senior years.

English (or an equivalent literacy requirement) is a compulsory subject for all secondary students in Australia. In years 11 and 12 there are several types of English subjects to choose from.

There are different versions of “English” in different states, with various titles and levels of difficulty.

The Australian Curriculum is the base for the development of state and territory senior secondary courses. It breaks English down into four broad categories: English, literature, EALD (English as an Additional Language or Dialect) and essential English.

Literature is known as the most challenging of the four and focuses on literary texts such as poetry, prose and drama. Literature explores the creative use of language through in-depth study of culturally important literary works. 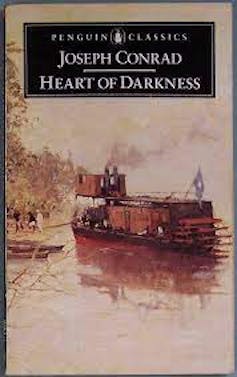 In a literature course, you could be asked to explore representations of race in Joseph Conrad’s Heart of Darkness. Drümmkopf/Flickr, CC BY

For example, students may explore colonial representations of race in Joseph Conrad’s novella Heart of Darkness, the beauty and unsettling nature of Shakespeare’s sonnets, or Australian cultural identity in Jack Davis’ play No Sugar.

Literature is more like philosophy or history than what we think of as English from NAPLAN (grammar and comprehension).

Literature used to be a popular subject in some states, but its popularity has been falling. Recent figures from Victoria show while literature was the 15th most commonly studied subject in 2015 in the senior years, it tumbled to 19th in 2019. In 2020, it fell off the top 20 list entirely.

In Western Australia, some schools have dropped literature because of low enrolments. A report in 2018 noted the percentage of year 12s studying literature fell from 26% in 1998 to 11% in 2017.

Theories about this fall include the fact literature is seen as an elitist subject, that you have to be someone who reads all the time to take it, and you have to love great 19th and 20th century literature.

These things aren’t true. Anyone interested but willing to challenge themselves should and can take literature. And some examples of recent texts include Breath (Tim Winton), The Handmaid’s Tale (Margaret Atwood) and The Book Thief (Marcus Zusak). There are many “fun” texts students can study and while literature is challenging it can also be enriching, and can cultivate a love of reading.

Read more: 5 Australian books that can help young people understand their place in the world

Also, my research showed some students found studying literary texts to be an empowering experience. One year 12 student said:

I’m the black sheep in my household. I identified with Rose (a character from Tim Winton’s Cloudstreet) quite a bit as the strong girl who was being resilient and was trying to break out of where she was. I do performing and everyone else does engineering or chemistry.

English develops analytical and creative skills through studying a range of literary and non-literary texts (including oral, multimedia and digital “texts” such as documentaries, graphic novels and feature articles).

If you’re not in love with reading or writing but want to study subjects such as commerce or engineering at university, this may be the course for you. 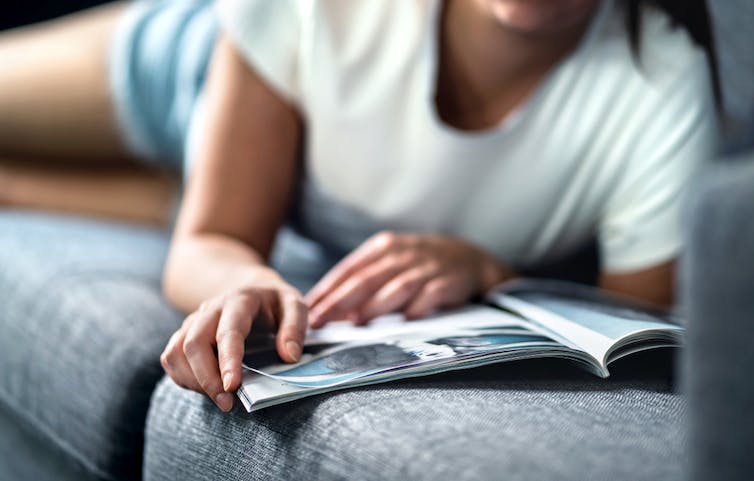 In English, you can study a range of texts, such as magazine feature articles. Shutterstock

Although it’s seen as easier than literature, not everyone finds it that way. One Victorian student who had taken both literature and English wrote actually found the latter harder. This is because she felt she had more freedom in literature while English “wasn’t really compatible with tangents”. She found it harder to be more concise in her expression.

English as an additional language is designed for students with English is their second language. This is an ATAR subject in some states such as Western Australia and Victoria.

How do I decide which to take?

The first question you can ask is: “Do I want to go to university?”. If the answer is “yes”, you are likely to choose an English subject that will go towards your ATAR.

It’s worth noting you can still get into university without an ATAR, or without a very high one, but it does give your more options.

Read more: Don't stress, your ATAR isn't the final call. There are many ways to get into university

ATAR subjects are traditionally seen as more difficult than non-ATAR ones, although for anyone who has ever studied non-ATAR subjects, this is debatable.

So, let’s take an example student, Mia. She is tossing up between medicine, mechanics or music teaching.

If Mia wants to become a mechanic, she does not need an ATAR to get a school-based apprenticeship. She may be better off studying general English, which focuses on the skills students need to become competent communicators in everyday life, or at work. 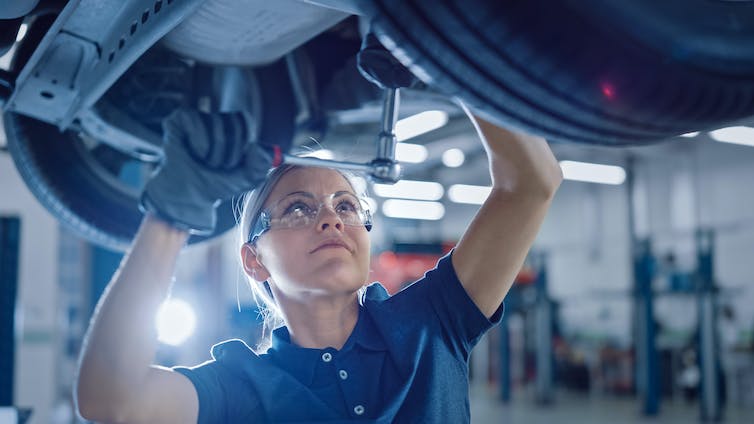 If Mia wants to become a mechanic, she doesn’t need to do an English subject that contributes to an ATAR. Shutterstock

But if Mia wants to be a music teacher or doctor, she is better off choosing an English subject that contributes to an ATAR. If she would like to be a teacher, she could choose something like English standard or English advanced and will need an ATAR score over 70 (but more than likely around 85). If she would like to study medicine, she will need an ATAR closer to 99.

Some English subjects are scaled higher, while others lower.

Scaling uses an algorithm to make subject scores more or less comparable to each other. This also makes sure if a student takes a difficult subject, they aren’t disadvantaged. It’s easier to get an A in an easier subject than a harder subject, so scaling generally adds more points to students doing harder subjects.

ATAR literature, a traditionally more difficult course, is usually scaled up. In Western Australia in 2020, for instance, English was scaled down about two points and literature was scaled up by nearly seven.

Read more: Choosing your senior school subjects doesn't have to be scary. Here are 6 things to keep in mind

But students shouldn’t just take a subject like literature because it’s scaled up. Because it’s harder, they may get a lower mark and the scaling won’t make much difference. You should do what interests you, and what you think will contribute best to your future while ensuring a good senior school experience.

What could I do with English?

English is compulsory because you need it for everything in life, from social communication to employment.

Studying literature, which isn’t compulsory, can be useful for occupations that require an advanced command of language such as journalism, research, law, public relations, philosophy and politics.

Read the other articles in our series on choosing senior subjects, here.