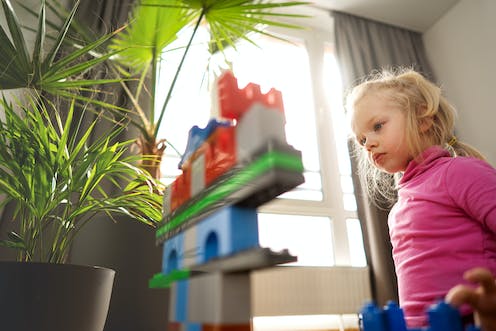 Around one in 30 Australians (or 3.4% of the population) have attention-deficit hyperactivity disorder (ADHD). Yet it remains a poorly understood and highly stigmatised disorder.

Our new paper, which reviews the research on community attitudes about ADHD, found misconceptions are common and affect the way people with ADHD are treated...

Around one in 30 Australians (or 3.4% of the population) have attention-deficit hyperactivity disorder (ADHD). Yet it remains a poorly understood and highly stigmatised disorder.

Our new paper, which reviews the research on community attitudes about ADHD, found misconceptions are common and affect the way people with ADHD are treated and see themselves.

Stigma is an underestimated risk factor for other negative outcomes in ADHD, including the development of additional mental health disorders such as anxiety, depression, alcohol and substance abuse, and eating disorders.

Stigma is also likely to contribute to the increased the risk of suicide, with people with ADHD three times more likely than the rest of the population to take their own life.

Early recognition and treatment of ADHD significantly improves the physical, mental and social outcomes of people with the condition who, like everyone else, deserve to live full and rewarding lives.

No, ADHD isn’t caused by too much TV

Our review of the research found many people erroneously attribute ADHD symptoms – particularly in children – to exposure to TV or the internet, lack of parental affection, or being from a broken home.

Rather, ADHD is a complex disorder that results from inherited, genetically determined differences in the way the brain develops.

People with ADHD have persistent patterns of hyperactive, impulsive and inattentive behaviour that are out of step with the rest of their development. This can affect their ability to function and participate in activities at home, at school or work, and in the broader community. 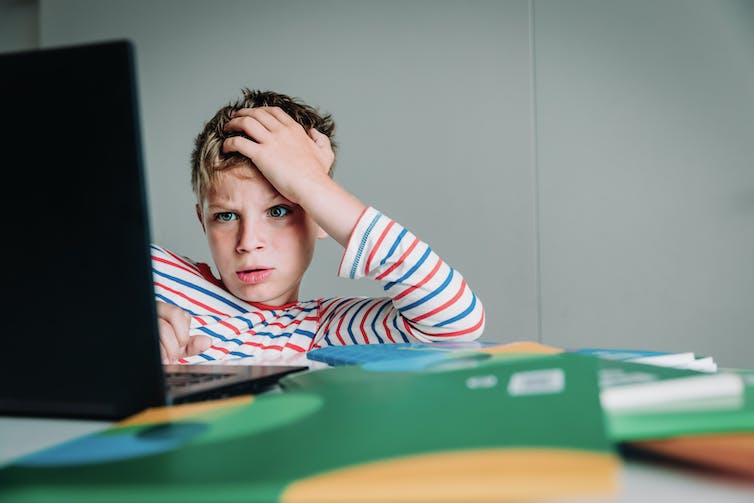 ADHD can affect your ability to concentrate. Shutterstock

There are clear criteria for diagnosing ADHD, and a diagnosis should only be made by a specialist clinician following a comprehensive medical, developmental and mental health review.

Our review of the research found three-quarters of Australian study participants believe the disorder is overdiagnosed.

Based on the international research, an estimated 850,000 Australians are living with ADHD.

Yet current rates of diagnosis are much lower than this, particularly in adults where fewer than one in ten have received a diagnosis.

There is also widespread scepticism in the community about the use of medicines to treat ADHD.

Medication is only one part of the management of ADHD which should always include educational, psychological and social support.

Clinical evidence does, however, support the use of prescription medications as a key part of the treatment for ADHD. And there is evidence to show these medications are seen as helpful by those who take them.

Read more: My child has been diagnosed with ADHD. How do I make a decision about medication and what are the side effects?

Although rates of medication treatment have increased over the years, less than one-third of Australian children with ADHD and fewer than one in ten adults with the condition are currently receiving medication. This is much lower than expected, based on international guidelines.

How this stigma feels

People with ADHD can struggle with day-to-day things other people find easy, with little understanding and acknowledgement from others.

Typical examples include butting in to others’ conversations and activities, leaving tasks half done, being forgetful, losing things, and not being able to follow instructions.

The response to these behaviours from family, teachers and friends is often negative, critical and relentless. They’re constantly reminded of just how much they struggle with the day-to-day things most people find easy. 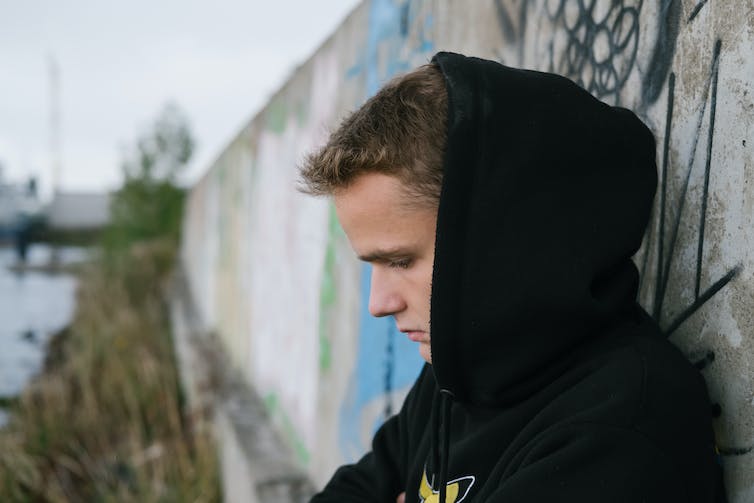 Our review found young people are particularly affected by this judgement and stigma. They’re aware they’re viewed by others in a negative light because of their ADHD and they commonly feel different, devalued, embarrassed, unconfident, inadequate, or incompetent.

Some respond to this constant criticism by acting out with disruptive and delinquent behaviours, which of course usually just escalates the situation.

Stigma can be a barrier to treatment

The perception and experience of stigma can influence whether a parent decides to have their child assessed for ADHD, and can leave parents underestimating the risks associated with untreated ADHD.

The confusion about what parents should believe can also affect their ability to make informed decisions about the diagnosis and treatment of their child. This is concerning because parents play a vital role in ensuring health professionals properly recognise and support their child’s health needs.

When diagnosis is delayed until adulthood, people with ADHD are four times more likely to die early than the rest of the population. This not only reflects the increased risk of suicide, but also an increase in serious accidents which arise due to impulsive behaviours.

Read more: ADHD in adults: what it's like living with the condition – and why many still struggle to get diagnosed

When we treat people with ADHD, many of these problems dramatically improve. It’s not uncommon for someone who has recently started on treatment to say, “wow, I didn’t know life was meant to be like this”.

Treatment also improves the physical, mental and social well-being for children and adults with the disorder.

If this article has raised issues for you, or if you’re concerned about someone you know, call Lifeline on 13 11 14 or visit Headspace.