Last week’s storm system wreaked havoc across Victoria. Some 220,000 households and businesses lost power, and residents in the hills on Melbourne’s fringe were warned yesterday it might not be restored for three weeks.

The extreme weather severely damaged the poles and powerlines that distribute electricity, particularly in the Mount Dandenong area. Senior AusNet official Steven Neave said of the region this week, “we basically have no network left, the overhead infrastructure is pretty much gone. It requires a complete rebuild”.

That leaves about 3,000 customers without electricity for weeks, in the heart of winter. The loss of power also cut mobile phone and internet services and reportedly allowed untreated water to enter drinking supplies.

So, could this disaster have been avoided? And under climate change, how can we prepare for more events like this? 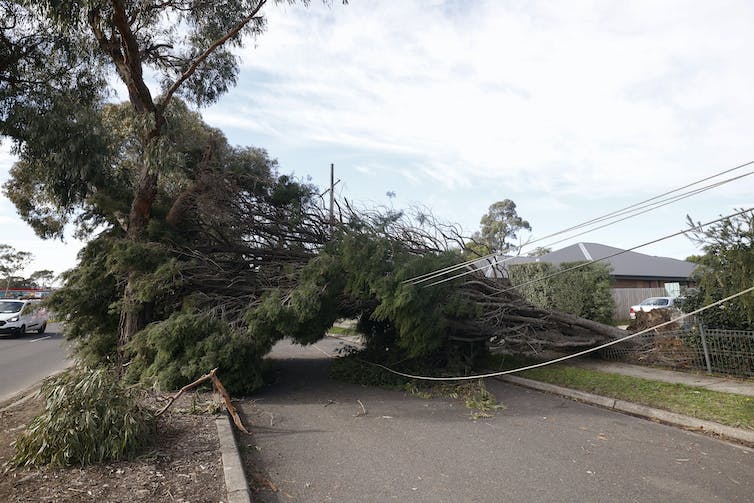 The Mount Dandenong area is heavily forested, and the chance of above-ground power infrastructure being hit by falling trees is obviously high.

Without electricity, people cannot turn on lights, refrigerate food or medications, cook on electric stoves or use electric heaters. Electronic banking, schooling and business activities are also badly disrupted. For vulnerable residents, in particular, the implications are profound.

Such disruptions are hard to avoid, at least while the electricity network is above ground. Good management, however, can prevent some trees coming down in storms.

The more pertinent question is: how can we prepare for such an event in the future?

Scientists warn such extreme weather will increase in both frequency and severity as climate change accelerates. The Australian Energy Market Operator is acutely aware of this, warning climate change poses “material risks to individual assets, the integrated energy system, and society”.

However, it’s challenging to predict exactly how future heatwaves, storms, bushfires and floods will affect the power network. As AEMO notes, many climate models related to storms and cyclones involve an element of unpredictability. So, plans to make the electricity system more resilient must address this uncertainty.

As researchers have noted, there is no “one future” to prepare for – we must be ready for many potential eventualities. 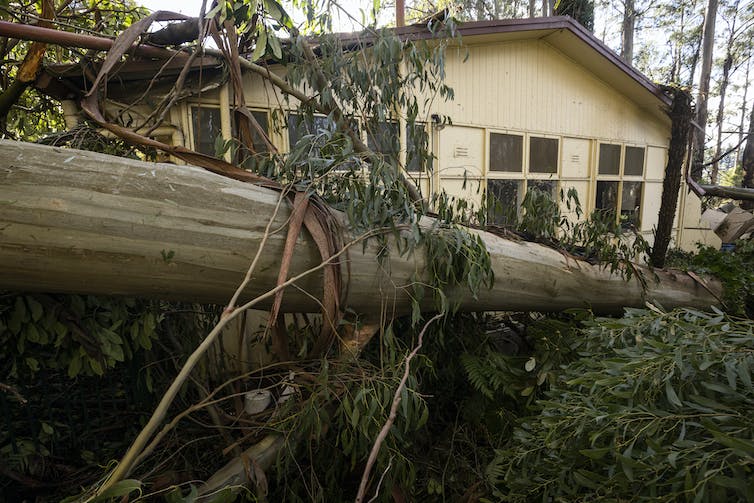 Meanwhile, in Victoria’s LaTrobe Valley, a situation at the Yallourn coal-fired power station which may have even greater consequences for electricity supplies.

A coal mine wall adjacent to the station is at risk of collapse after flooding in the Morwell River caused it to crack. If the wall is breached and the mine is flooded, as happened in 2012, there will be no coal to power the station and almost a quarter of Victoria’s power supply could be out for months.

Victoria’s energy needs are increasingly supplied by renewables. However, losing Yallourn’s generation capacity would reduce the capacity of the network to adapt to other possible disruptions.

If further disruptions seem unlikely, it’s worth noting the Callide Power Station in Queensland is still operating at reduced capacity after a recent fire.

Read more: An act of God, or just bad management? Why trees fall and how to prevent it 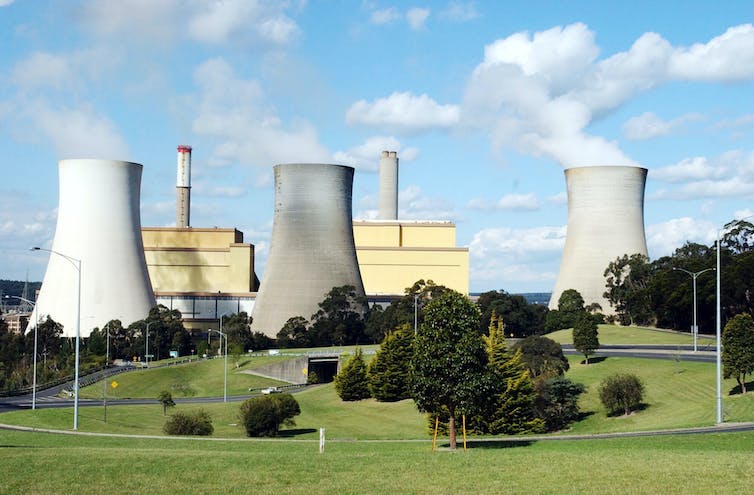 A wall adjacent to the Yallourn power plant may collapse. Julian Smith/AAP

Look beyond the immediate crisis

The Victorian government has offered up to A$1,680 per week, for up to three weeks, to help families without power buy supplies and find alternative accommodation.

Welfare groups say the assistance could be improved. They have called for changes to make it quicker and easier for people to access money, cash injections to frontline charities and more temporary accommodation facilities for displaced people and their pets.

While no doubt needed, these are all reactive responses targeted at those without electricity. When any system is disrupted, however, the effects can be widespread and felt long after the initial problem has been addressed.

Take dairy farmers in Gippsland, for example, who could not milk their cows without electricity. Cows must be milked regularly or else they stop producing milk – they cannot be “switched back on” when electricity is restored. Longer-term assistance may well be required for farmers facing such ripple effects.

And as welfare groups have noted, power companies should support affected customers over the long-term, with electricity discounts, deferrals and payment plans. 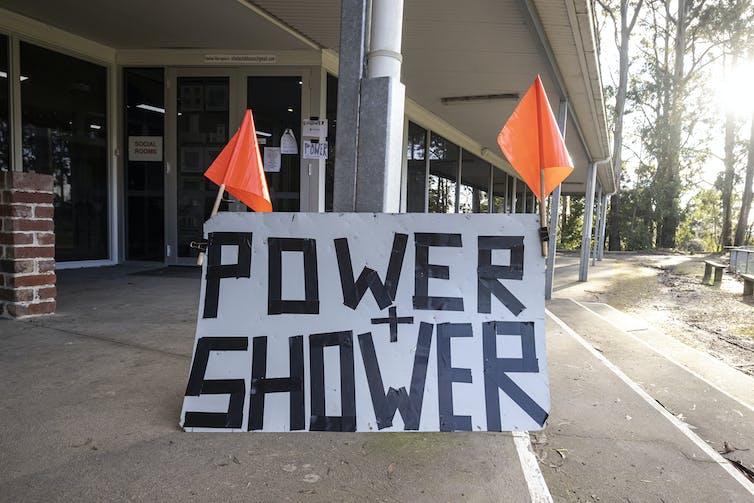 A call for backup

So, what else can be done to prepare for future power disruptions? Those with backup options, such as portable fuel-powered generators, or off-grid household batteries connected to solar panels, will undoubtedly be more resilient in such events.

These are examples of “system redundancy”, providing alternative electricity until the network is restored.

But it costs money to invest in household batteries or a generator that may never be used. Resilience is often a function of wealth, and the less well-off risk being left behind.

Certainly, governments can act to make society as a whole more resilient to power outages. For example, mobile phone towers have backup battery life of just 24 hours. As Victoria’s Emergency Management Commissioner Andrew Crisp said this week, extending that is something authorities “need to look at”.

Power and communications infrastructure could be moved underground to protect it from storms. While such a move would be expensive, it has been argued not doing so will lead to greater long-term costs under a changing climate.

The recent challenges at Yallourn and Callide show the risks inherent in a centralised electricity network dominated by coal.

Certainly, integrating renewable energy sources into the power network comes with its own challenges. However, expanding energy storage such as batteries, or shifting to small, community-level microgrids will go a long way to improving the resilience of the system.

This story is part of a series The Conversation is running on the nexus between disaster, disadvantage and resilience. It is supported by a philanthropic grant from the Paul Ramsay Foundation. Find the series here.